HomeNewsAMD Ryzen 6000: Everything we know about Zen 4 CPUs
News

AMD Ryzen 6000: Everything we know about Zen 4 CPUs 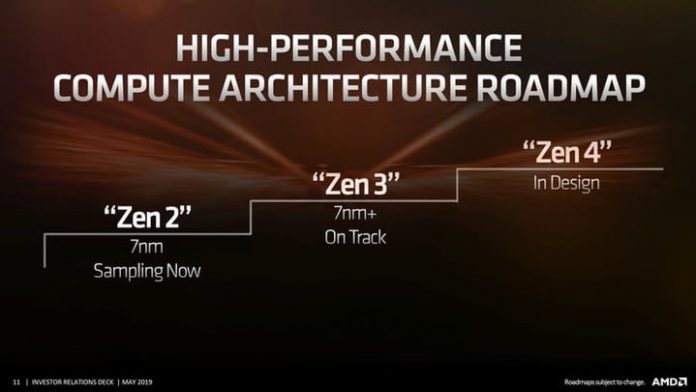 ,AMD took a year off in 2021, so all eyes are focused on 2022 and the hotly anticipated Ryzen 6000 processors. Built using the Zen 4 architecture, these chips are rumored to be up to 40% faster than the previous generation and feature an entirely new socket design — one that breaks with decades of tradition at AMD.

There’s a lot riding on Ryzen 6000, and the generation could finally cement AMD as the CPU market leader against Intel. After gaining parity with its rival in 2021, AMD is on track to overtake the former desktop ruler. Intel also has some exciting products coming up, and we don’t know if AMD is content to rest on its laurels.

We’re still about a year away from Ryzen 6000 launching, but we have learned a lot about the upcoming generation. Here’s everything you need to know to get up to speed on the price, release date, and performance.

Although AMD has announced its Zen 4 architecture, it hasn’t announced next-gen desktop chips yet. We’re not sure if they will fall under the Ryzen 6000 or Ryzen 7000 banner, as AMD skipped Ryzen 4000 on desktop and jumped straight to Ryzen 5000. It could do the same with Zen 4 CPUs, too, reserving Ryzen 6000 for mobile.

Regardless, the CPUs are rumored to arrive in 2022. Astute PC builders built a timeline out of disparate pieces of a leaked AMD road map, which points to Zen 4 coming in 2022. AMD CEO Lisa Su also confirmed that the chips are set to come out in the second half of 2022 in a recent investors call.

We expect AMD to stick with the prices from the previous generation. AMD raised the price of the Ryzen 7 5800X, Ryzen 9 5900X, and Ryzen 9 5950X by $50 each compared to their Ryzen 3000 counterparts. Given Intel’s upcoming Alder Lake processors and the pressure they could put on Team Red, we don’t expect AMD to raise prices again.

It’s possible, though. The chip shortage has raised prices of components across the board, so we might be entering a time when CPUs are more expensive in general. For Ryzen 6000, it’s going to come down to how Intel prices its Alder Lake chips and how well Zen 4 chips perform compared to them.

For reference, here are the prices of Ryzen 5000 chips now:

As mentioned, Ryzen 6000 chips are based on the Zen 4 architecture. This is a continuation of the Zen microarchitecture that AMD has been using since Ryzen 1000, but it uses a much smaller manufacturing process.

The 5nm node — known as N5 at TSMC — is said to offer a 15% boost in speed and 1.8X transistor density over N7. TSMC also says the node consumes 30% less power. That’s not to say Zen 4 will match those improvements, though. In reality, AMD can likely achieve a larger boost in speed through chip design.

The big deal is the 1.8X boost to transistor density. Although AMD hasn’t announced anything yet, Zen 4 chips will likely use a single-core design. That puts more focus on transistor density, essentially allowing AMD to squeeze more into the same die space.

These improvements are rumored to offer up to a 25% boost in single-core performance.

It’s possible AMD could take some inspiration from Intel Alder Lake processors as well. Intel is using a hybrid architecture with two core types, unlike AMD, which appears to be sticking with a single-core type. The company has been open about the fact that it thinks hybrid architectures aren’t ready for desktop yet.

This far out from launch, it’s too soon to say how Ryzen 6000 chips will perform. The only report we have comes from the Chips and Cheese blog, which claims Zen 4 chips could see an overall boost of 40% compared to the previous generation, and a 25% boost in single-core performance. The rumor also alleges 5GHz speeds across all cores.

Those kind of gains aren’t out of the question, optimistic as they may be. AMD is doing a full node transition to N5, which represents a massive boost in density — 1.87X over N7, to be exact. It seems AMD is focusing on making the best cores for Ryzen 6000, not packing more of them into the chip. Although we don’t have any rumors to back up core counts yet, that seems like the approach.

A 20% gain in single-core performance has become the norm for each generation, so if AMD is able to boost instructions per clock (IPC) by 25% with Zen 4, that will be a big deal.

Although we’ve pointed to Alder Lake as the competitor, Intel is set to launch its Raptor Lake chips in 2022 as well. This generation will also bring a full node transition for Intel, and it will feature the same hybrid architecture as Alder Lake. We’re still a year or so away, but the battle of architecture designs will be interesting in 2022.

New chipset and a new socket

With the next generation of CPUs, AMD is retiring the AM4 socket that it has used since the launch of first-generation Ryzen chips. That shouldn’t come as a surprise, as the socket will be some five years old by the time next-gen Ryzen chips show up. AMD is using the AM5 socket for these new chips — that much we know — and rumors suggest it could feature a radical redesign.

Rumors point to AMD using an LGA1718 socket design. Land Grid Array, or LGA, sockets put the CPU pins on the motherboard instead of on the CPU. Intel has used LGA sockets for several generations, while AMD has stuck with the older Pin Grid Array (PGA) socket design.

As the name suggests, LGA1718 is said to feature 1,718 pins on the motherboard. LGA designs can support a higher pin density, and that’s clear to see comparing AM5 to AM4. The PGA AM4 socket comes with 1,331 pins.

Although AMD looks to be moving to a new socket design, Ryzen 6000 chips will reportedly use the same socket size — 40mm x 40mm. That hopefully means that AM5 motherboards will support the same CPU coolers that AM4 motherboards do, but we’re not sure right now.

With a new socket, AMD is expected to release a new 600-series chipset, likely X670, if past generations are anything to go by. We don’t have concrete details on the chipset yet, but we expect it support DDR5 memory and PCIe 4.0. PCIe 4.0 is already available on X570 motherboards, and Intel’s Alder Lake processors support DDR5 memory.

Like previous generations, AMD will likely launch a range of APUs with Zen 4 chips that feature integrated graphics. However, some rumors suggest that AMD will pack integrated graphics into its chips across the board. A series of leaked documents from Gigabyte showed that AMD plans on adding “hybrid GFX support” on its upcoming processors.

Moreover, rumors point to AMD using its RDNA 2 GPU architecture for the integrated graphics. This is the same architecture AMD is currently using on its Radeon RX 6000 graphics cards, as well as the Xbox Series X and PlayStation 5.

Originally, rumors pointed to AMD using 12 RDNA 2 compute units (CUs) on Ryzen 6000 mobile chips. It seems some wires may have gotten crossed with this rumor, though. AMD allegedly canceled a Zen 3+ generation — originally named Ryzen 6000 — to focus on the new architecture.

That hopefully means 12 RDNA 2 CUs is the minimum for Zen 4 chips, which would offer a huge boost over the APUs AMD offers today.

Facebook
Twitter
Pinterest
WhatsApp
Previous articleSo many smart cameras, so many different subscriptions
Next articleMarsback Zephyr Pro review: A mouse so cool it has a fan inside
- Advertisment -