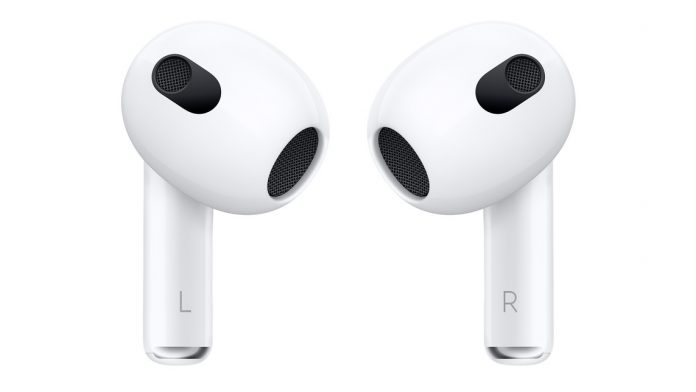 Alongside new MacBook Pro models, the AirPods 3 are set to launch on Tuesday, October 26, and ahead of tomorrow’s official release date, reviewers and YouTubers have shared reviews on Apple’s latest earbuds.

We’ve highlighted video reviews of the ‌AirPods 3‌ in a separate article, and excerpts and details from written reviews can be found below. 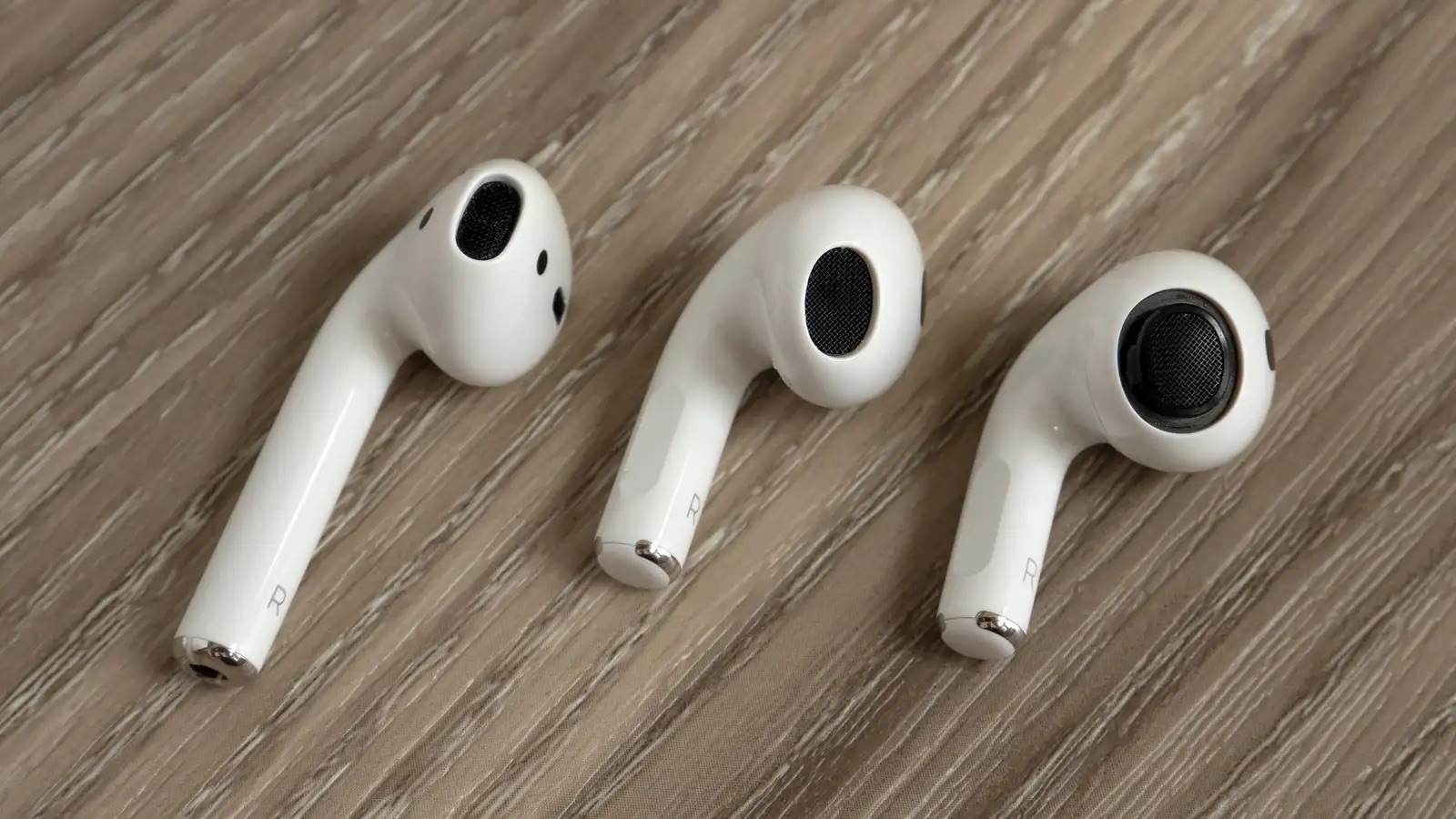 Image from Gizmodo comparing AirPods 2 (left), ‌AirPods 3‌ (middle), and ‌AirPods Pro‌ without silicone tip (right)
Reviewers also highlighted the Force Touch stems that are already present on the ‌AirPods Pro‌, noting that the Force Touch feature is a nice improvement for control input, but that there’s still no physical volume control option.

The Verge’s Chris Welch said that the new AirPods shape works better, and that while ambient sound is still audible, the closer fit cuts out some of the outside noise.

They’re staying put so well that I no longer feel the same anxiety about them tumbling onto the ground and down a sewer grate. That worry was always present with the older AirPods. The healthy dose of ambient sound remains, and I’m just someone who prefers earbuds that offer some quiet from the outside world.

Gizmodo’s Andrew Liszweski also said that the ‌AirPods 3‌ had a better fit in the ear. The ‌AirPods 3‌ are “ever so slightly heavier” than the original, but the shorter stem and the more streamlined design orients the main speaker “at a better angle feels like it offers better weight distribution.”

TechCrunch’s Brian Heater said that the ‌AirPods 3‌ are “unquestionably” more comfortable than older AirPods, but the ‌AirPods Pro‌ are still better.

The more contoured third-generation buds are unquestionably more comfortable than their predecessors, but the gulf between them and the Pros feels like night and day. That’s likely to be even more the case for people with smaller ears — having different-sized, removable tips is a lifesaver for some. The seal those tips provide also create passive noise canceling through a physical seal that effectively keeps in more audio frequencies and blocks out ambient noise.

Pocket-lint’s Britta O’Boyle found the ‌AirPods 3‌ to be too big for her ears, and said that they do fall out of her ears occasionally. 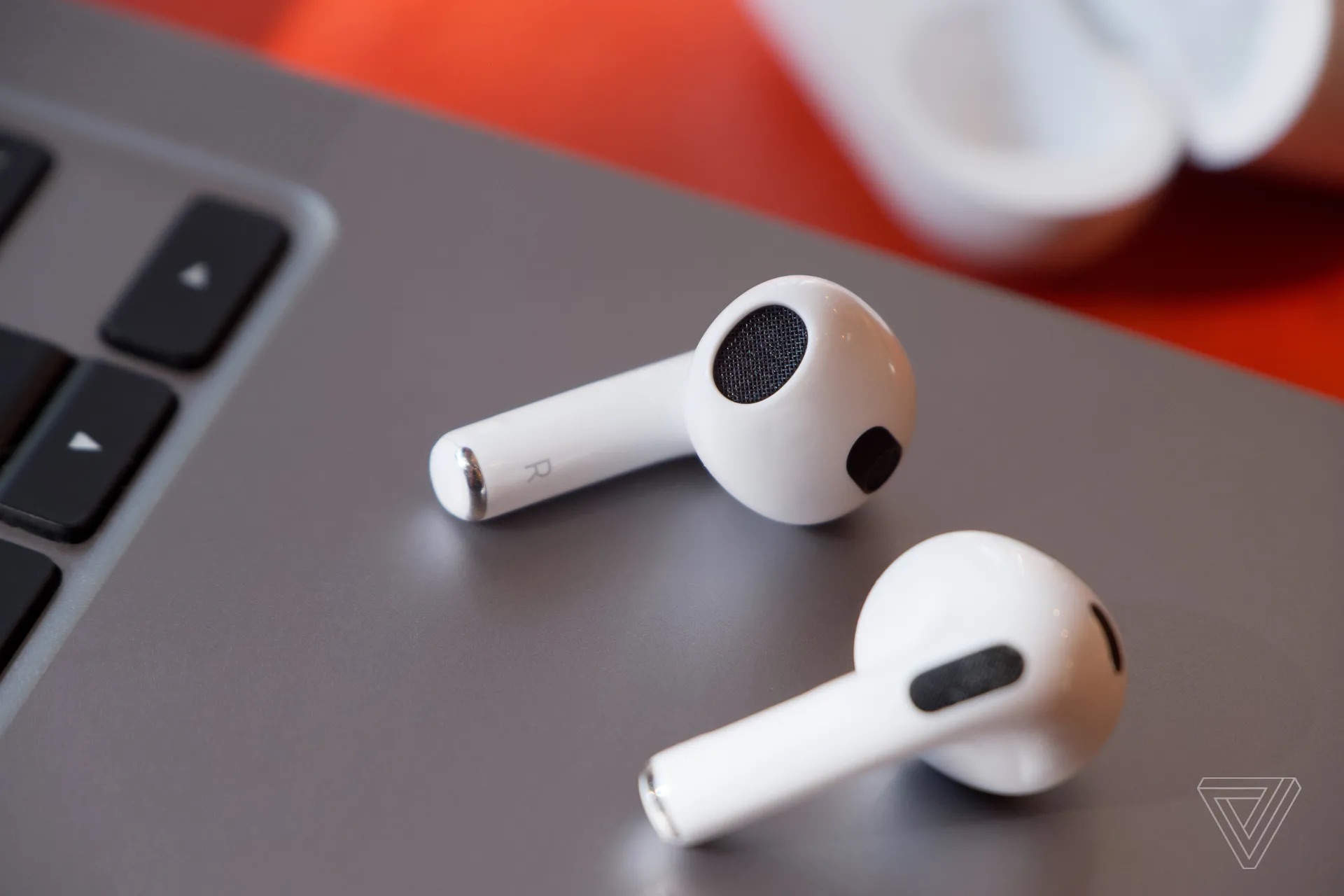 Other reviewers expressed similar sentiments about the sound. Gizmodo’s Andrew Liszweski said that the ‌AirPods 3‌ don’t sound better than the ‌AirPods Pro‌, but they’re a definite improvement over the prior-generation AirPods. “I’m legitimately surprised at how good they do sound,” he wrote.

The separation between high and low frequencies isn’t as pronounced and distinct as it is with the AirPods Pro and other wireless earbuds that use silicone tips–sometimes the highs get a little lost if bass notes are really thumping in a track–but the new AirPods’ sound quality is a huge improvement, and because they’re so comfortable to wear, I keep choosing them over my AirPods Pro for most of my daily listening.

Engadget’s Billy Steele said that the AirPods sound “so much better” than prior models.

I don’t want to mince words here: the new AirPods sound so much better than the previous two versions. Like almost night and day better. Apple didn’t make any significant changes to sound quality from the first model to the 2019 version. But for gen three, Apple paired a custom driver with a high-dynamic-range amplifier to improve the audio chops. The company says that the duo work together to produce “rich consistent bass” and “crisp, clean” highs. From the moment I fired up the first song, this was all immediately evident. I don’t think I’ve ever audibly said “woah” with the first note from a guitar on any review unit, but given how average older AirPods sound, it was involuntary this time.

Steele highlighted the Adaptive EQ feature of the AirPods, which customize the sound to the individual ear. The feature and other sound quality updates make the AirPods something he “actually wanted to listen to music with” rather than a listening device to choose just because they’re more convenient than other earbud options.

He also tested call quality, and he said that FaceTime calls are “crisp and clear.” Phone calls are better, but not to the same degree as ‌FaceTime‌ calls.

Apple added a MagSafe Charging Case to the ‌AirPods 3‌, and according to reviewers, the case works identically to ‌MagSafe‌ iPhones, attaching with the same alignment to magnetic chargers. There’s no reverse wireless charging, though, and Apple told The Verge that the ‌MagSafe‌ Case was intentionally designed so that it can’t magnetically latch to iPhones to avoid confusing people. 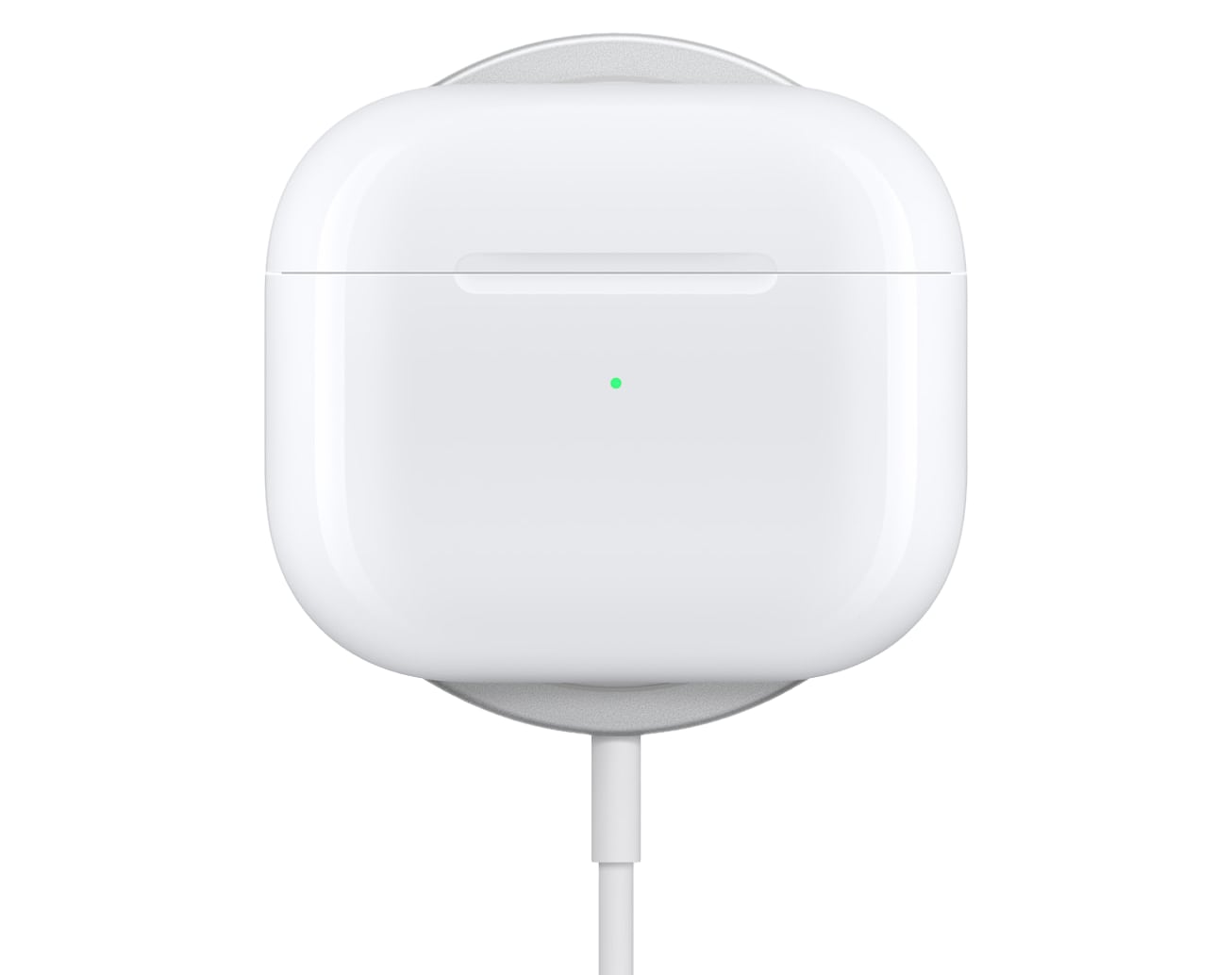 Pocket-lint’s Britta O’Doyle said that in her testing, the battery life of the AirPods listed by Apple was “conservative.” Apple says that the AirPods will last for up to six hours, but she got “more listening than promised.” The ‌AirPods Pro‌ lasted for 4.5 hours of talk time (Apple says 4), and 5.5 hours with Spatial Audio enabled (Apple says 5).

Overall, reviews of the ‌AirPods 3‌ were highly positive. Reviewers like the new design, which is more comfortable and offers a tighter and more secure fit in the ears, and the improved fit also makes the sound quality better than before.

All of the great AirPods features like quick pairing and easy device switching are present, plus Apple has added Spatial Audio and Adaptive EQ to boost them even further. Reviews lauded the new IPX4 water and sweat resistance rating, and were satisfied with the battery life.