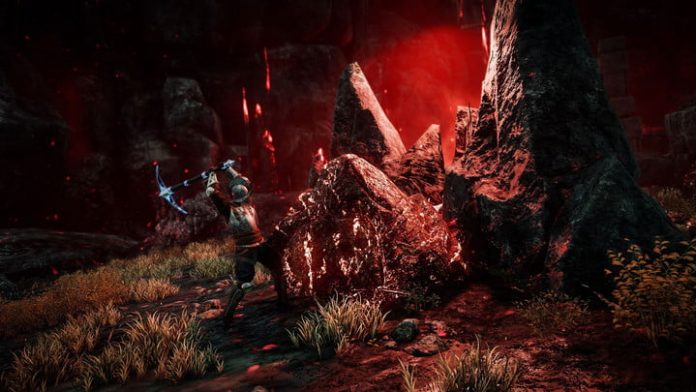 New World has quickly become one of the most popular launches of 2021, garnering more than 500,000 concurrent players on launch day. Offering a wealth of PvP, PvE, and crafting mechanics, the mysterious island of Aeternum can be daunting to newcomers — especially when there are thousands of other players roaming its land and vying for your loot.

While New World carries many of the usual MMO tropes, much of its world and mechanics are unlike anything we’ve seen in the genre. If you’re looking to get a jump start on the competition and have a smooth introduction to New World, here are a few beginner tips to help you on your way.

Manage your inventory with Satchels and the Storage Shed

New World offers players no shortage of resources, gear, and loot to collect — and you’ll quickly find your available storage space drying up. Because of this, it’s important to make frequent stops at the Storage Shed located in most towns. These locations let you offload your personal inventory and will keep items safe for later use.

However, Storage Sheds in different locations are not linked, meaning each shed will have its own distinct inventory. New World does give you the option to transfer items between Storage Sheds in locations ruled by your faction, although you’ll incur a small fee for the privilege.

Beyond Storage Sheds, you’ll eventually be able to craft a variety of bags and satchels that increase your personal inventory size. Once you’ve gathered the requisite crafting components, head to your nearest Outfitting Station to create and equip one.

Gathering and crafting are necessities

Bags and satchels aren’t the only useful item made through New World‘s crafting system. In fact, crafting is a core pillar of the New World experience. Although there’s no doubt it becomes more important as you inch toward the endgame, a variety of weapons, armors, and furnishings are best obtained through crafting regardless of your level.

Because of this, you’ll want to make sure you’re stocking up on resources as you explore Aeternum. Gathering crafting components is a time-consuming process, but if you mine a bit of ore and chop down a few trees as you’re running to your next objective, you’ll be ahead of the game when looking to craft your next bit of gear. Crafting Stations can be found in most towns and are easily located using the in-game map.

After a few hours of questing, you’ll eventually unlock the ability to set up camp while out in the wild. This small firepit can then serve as a place to craft items and other gear while away from a Settlement — or you can use it to quickly regain lost HP.

Your camp is useful on its own, but don’t forget that a variety of upgrades are available as you level up. The further you upgrade your camp, the more you’ll be able to craft. After hitting the minimum required level, you’ll be alerted that a new quest is available that will improve your camp tier. Here’s a look at all five tiers and their associated levels:

New World boasts a unique, action-oriented combat system — and one that you’ll want to explore in depth as soon as possible. Each type of weapon offers a distinct playstyle, and they often rely on very different stats. For example, you wouldn’t want to put all your points into upgrading Strength, only to discover that you prefer to wield a Fire Staff that relies on your Intelligence stat.

Thankfully, you can respec your character for free up until level 20. After that, you’ll need to pay a fee. As long as you test out every weapon type before hitting level 20, however, you should have a good idea as to how you want to build your character.

There are no mounts, but you can fast travel

Mounts are a nearly universal inclusion in modern MMOs, but they’re noticeably absent from New World. That means you’ll be in for long trips between settlements as you run around completing quests and fighting rival factions.

However, you can give your feet a bit of a rest by using New World‘s rudimentary fast travel system. You can only use the system for locations you’ve previously visited, but it can significantly cut down on your time spent jogging down the dirt roads found between settlements.

In order to fast travel, you’ll need to collect Azoth — a rare resource that’s typically acquired by finishing quests. Make sure you use it sparingly, as fast travel doesn’t come cheap and becomes incredibly expensive if you’re looking to travel long distances.

Buying a home isn’t easy in New World, but it’s more than worth the effort. Homes offer you a way to carve out your own little corner of Aeternum, and they even come with a few benefits — although their use as a fast travel location is arguably the most exciting.

In order to buy a home, you’ll need to improve your reputation within the region you’re looking to purchase. This takes quite some time, although you can speed things up by tackling daily tasks such as defeating nearby monsters and crafting a variety of items. Things don’t become much easier after making the purchase, as you’ll still be required to pay taxes on it. Despite the difficulty — and cost — of homeownership, it’s more than worth the effort to have your own slice of Aeternum.

Learn about factions and Territories

More than anything else, factions and Territories are at the heart of New World. Shortly after setting foot on Aeternum, you’ll need to choose between one of three factions — and the decision isn’t one to take lightly. After joining a faction, you’ll be facing off against the other two in PvP battles and won’t be able to join companies that include players outside your own.

Factions offer a lot of unique gameplay mechanics to New World, but conquering Territories is arguably their primary function. This sees you fighting for control over portions of the map in sprawling PvP matches, with the winner claiming the location as their own. Conquering territory comes with a variety of benefits, including the ability to levy taxes on those living there and line your pockets with gold.

It goes without saying, but much of New World‘s narrative and mechanics are revealed through its main questline. Portions of the story are actually quite entertaining, too — although there are plenty of side quests that will try and steal away your attention. At the very least, spend your first few days slogging through the narrative. That should give you a solid foundation to work upon and make Aeternum a less daunting place.