Will you trust or not trust medical drones with your healthcare 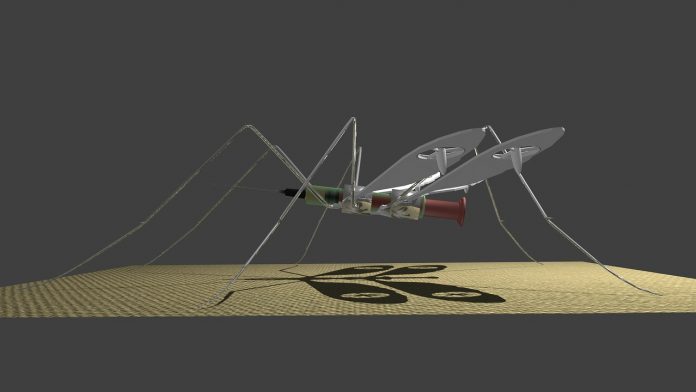 Imagine this. You are diagnosed with a terminal illness. You have to choose between putting your faith in the hands of medical drones or not receiving any treatment at all. That is precisely what two doctors from Oxford University are trying to figure out after submitting their article “Will you trust or not trust medical drones with your healthcare” to the British Medical Journal (BMJ). They suggest that delivering medicines by drone could greatly help patients without reliable access to health care facilities.

On one hand, especially in third world regions where roads are bad, and it takes time for vehicles to go around, drones might provide faster access to necessary medication. With health care becoming so expensive, it may even become cheaper for patients who can’t afford it. On the other hand, drones are vulnerable to attacks and can be disturbed, resulting in medicine being dropped over random areas. Furthermore, if the drone is overloaded with medication that must be delivered, it doesn’t have enough lift power left to return safely.

This question led Dr. Miriam Stoeckl and her research partner Dr. Oscar Peralta Estrada, from Oxford University’s Center for Evidence Based Medicine, to conduct a study surveying people on their opinions about medical drones. The results were published in the BMJ. You can find out more information about this by clicking here.

The co-author of this article, Dr. Miriam Stoeckl, says, “We know there are a lot of questions about medical drones, but this is a technology that could make a difference in the future. When it comes to providing good quality healthcare to people who can’t afford or access reliable medical services, I think everyone agrees there needs to be some progress”.

Dr. Stoeckl also mentions that there are already several hospitals all around the world using drones for delivery. Thailand has successfully carried out over 300 deliveries (most importantly medicine), and Rwanda even tested flights carrying blood samples between villages. On the other hand, many countries seem reluctant when it comes to trying these sorts of things. For example, Germany requires both permissions from air traffic control and an aviation authority before any drone can be used.

This topic is very controversial, and I hope that either medical drones can help many people or that people come up with better alternatives to this technology. The use of drones is becoming more popular across the board, not just by military forces. According to Goldman Sachs, the market for private drone solutions is expected to grow by 80% in 2022,. Here are some ways that medical drones are being used to improve healthcare worldwide:

* Checking on status of wildlife

* Delivering medicine and blood supplies, food packages and water bottles (in disasters like earthquakes or hurricanes)

And here are examples of how governments and private companies are using drone technology to help save lives:

* Malaysia Airlines has developed an app called AirFloss that transmits ultrasound images from remote areas to doctors who can offer feedback based on their analysis.

* In Daejon, South Korea, there is a robot that helps doctors diagnose and treat patients using artificial intelligence. There’s also an app called AirDroid that allows medics to communicate with patients via text messages or video calls.

The following companies are developing drone technology for use in healthcare:

* Surgical Theater, which has developed virtual reality software designed to guide surgeons through complex procedures before making an incision on a patient (the first platform of its kind sold commercially). The company claims virtual simulations allow surgeons to perform these complicated surgeries 30-35% faster than traditional surgery would have allowed.

* Zipline International, a California-based company that partnered with the Rwandan government in October 2016 to launch a drone delivery network to deliver blood samples and emergency medicine to remote villages.

* Matternet, which recently partnered with the World Food Program to test its UAVs in Malawi, where half of all patients have to travel more than 10 kilometers for health care.

Today thousands of drones exist, and many more are being built to fly through our skies. From mid-August’s Gatwick Airport closure due to drone interference and the numerous other incidents worldwide involving commercial aircraft to widespread military usage from ground level up into space, it is clear that drones have arrived in a big way. There are over 1 million commercial drones registered, with estimates suggesting around 3.5 million active drones will be flying in homes and workplaces by 2020.

We have seen increased stress on healthcare staff in hospitals and GP surgeries alike in the past few years. Delays for patients transferring between departments in a hospital result in being sent to the wrong departments, nurses rushing to complete paperwork just before their shift finishes. The list is never-ending. At the same time, we have seen an alarming rise in physical and mental health problems among healthcare staff themselves. Studies have shown that poor communication with doctors has led to patients receiving sub-optimal care during their hospital stay.

While it is difficult to measure the impact of stress on the effectiveness of healthcare workers, there are countless personal stories from stressed NHS workers sharing their experiences online through social media. Furthermore, with high levels of stress affecting staff morale and working relationships between different units within a hospital, cuts in bed numbers lead to increased workloads for those who remain within the system setting can increase patient mortality rates.

This is where Drones come in

Drones can help resolve some of these issues and can be used to aid our overworked healthcare staff, offering a potential solution that has the potential to save lives and improve efficiency. A scenario we envisage could include:

A doctor is receiving an emergency call from another department within their hospital saying that someone has fallen ill and needs immediate assistance. Using a drone, the doctor would be able to quickly fly across the hospital grounds (wherever they were) to meet up with the person who needs assistance as fast as possible, without worrying about getting lost or taking longer than necessary because of heavy traffic.