Why Windows 11 is more than just a Windows 10 reskin 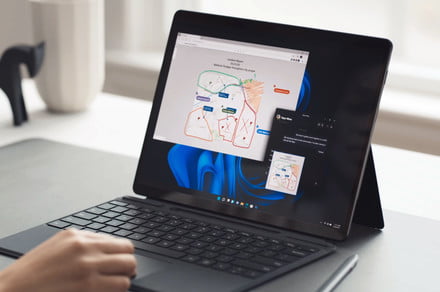 Windows 11 is, for the most part, a visual update to Windows 10. It’s the same operating system under the hood, just with new features and an updated look. Despite being built on the same OS, Microsoft has said that Windows 11 will feature various optimizations, and now, we know what those optimizations are.

In a video posted by Microsoft Mechanics (Microsoft’s official YouTube channel for IT professionals), Steve Dispensa, vice president of enterprise management, detailed how Windows 11 goes beyond being a reskin.

CPU optimizations look to make the most difference in how Windows 11 feels. This comes down to how Windows 11 manages cores and threads, prioritizing foreground applications even when the CPU is under load. In the video, an example is shown with 90% CPU utilization, which would normally slow down launching new apps. Because the load is in the background, Windows 11 prioritizes the launching apps in the foreground to help them launch faster.

This is something we learned about with the announcement of Intel Thread Director. This upcoming feature on Alder Lake processors assigns tasks to the proper core to speed up the machine. It seems that functionality is baked into Windows 11, as well as some of its apps. Microsoft Edge, for example, has Sleeping Tabs that can reduce memory usage by 32% on average, according to Microsoft.

The video details various other optimizations, including faster resume from sleep, faster Windows Hello logins, and expanded compression usage for a smaller disk footprint. The interesting news is how Microsoft is handling Windows 11 updates.

Each year, Windows 11 will receive a big features update. That’s a shift from Windows 10, which has received two feature updates each year. We’re not sure why Microsoft is going with the annual route this time around, but it’s presumably to pack more into each update to make them feel more substantial.

You’ll get fewer feature updates, but they’ll have a longer life cycle. For Windows 11 Home and Pro, Microsoft is offering 24 months of updates instead of the 18 months available on Windows 10. If you don’t move to the new features update within two years, you’ll lose out on security updates.

Updates should be much faster on Windows 11, too. Instead of downloading the entire update, Windows 11 compares what you already have on your machine to what’s in the update. According to Microsoft, that reduces update sizes by about 40%, which you can automatically apply in hours when you’re not active.

Windows 11 is set to roll out on October 5. Although that’s the official release date, eligible PCs may not receive the update right away. Microsoft is rolling out updates in waves, and it expects to wrap up the transition in mid-2022. To run Windows 11, you need a AMD Ryzen 2000 or Intel 8th-gen processor or newer, TPM 2.0, and UEFI Secure Boot. You’ll also need 4GB of RAM and 64GB of storage.

Although the official Windows 11 release is coming in less than a month, it won’t have all of its features. Microsoft has suggested that Android app support won’t be available at launch, which was one of the most anticipated Windows 11 features.