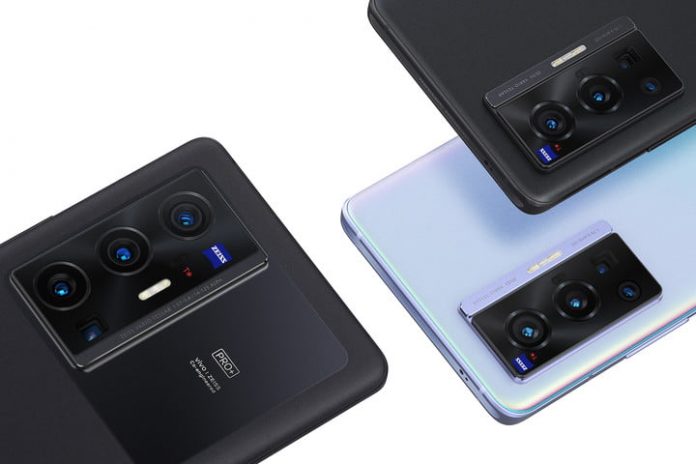 Vivo is celebrating its partnership with lens expert Zeiss by adding four different bokeh effects influenced by Zeiss lenses to the cameras of the new Vivo X70 series phones. This and other camera innovations, including an updated gimbal stabilizer on the new phones, are aimed at trying to “close the gap between mobile and professional photography,” according to Vivo.

The X70 Pro+ is Vivo’s top model in the new range and has the most impressive camera specifications. The primary camera is a 50-megapixel, 1/1.3-inch Samsung ISOCELL GN1 sensor, and it’s joined by a 48MP wide-angle camera, plus a 12MP and 8MP camera. It uses a new 360-degree gimbal for stability, plus a new imaging processor designed by Vivo that uses A.I. to reduce noise and assist with stabilization.

What about that bokeh? There are four different modes: Biotar for Zeiss’s “swirly” bokeh style, Distagon for an anamorphic look, Sonnar for a creamier and smoother style, and Planar to give that classic bokeh look to your portrait photos. Zeiss has cooperated with Vivo on both the camera’s hardware and software. These modes are in addition to several different night modes, plus a pro mode for video.

Made of glass with a ceramic panel around the camera module, the X70 Pro+ has a Qualcomm Snapdragon 888 Plus processor and a 6.78-inch screen with a 517 pixel-per-inch density and a WQHD resolution. The battery has a 4,500mAh capacity and supports both Vivo’s wired 55-watt fast charging and a new 50W wireless charging feature it says is compatible with Qi wireless chargers. It’s also the first Vivo phone to have an IP68 water resistance rating.

In the middle of the range is the X70 Pro, which also has a 50MP main camera, but is joined by a 12MP wide-angle camera, as well as the same 12MP and 8MP cameras as the X70 Pro+. Gimbal stabilization also remains, but it’s listed as version 3.0 in the press release, and not the 360-degree version on the X70 Pro+. Vivo used version 2.0 on the X60 Pro and Pro+, suggesting this is an update. The camera also has optical and electronic image stabilization.

The X70 has a triple-camera setup consisting of a 40MP main camera, along with a pair of 12MP cameras. However, it still has the same gimbal system as the X70 Pro, and both of these phones have all the Zeiss bokeh effects. Both phones use MediaTek’s Dimensity 1200 processor, and have 6.56-inch screens with 120Hz refresh rates, plus both use Vivo’s 44W fast charging system. Finally, all three phones have Vivo’s latest FunTouch OS 12 interface over Google Android.

Vivo has been slowly releasing more of its smartphones outside China, but they have yet to officially reach U.S. or U.K. stores. The X70 series is scheduled to be released in a variety of markets including India, Taiwan, and the Middle East. Prices have not been confirmed at the time of writing.