HomeNewsValorant could use TPM for anti-cheat, but not in the way you...
News

Valorant could use TPM for anti-cheat, but not in the way you think 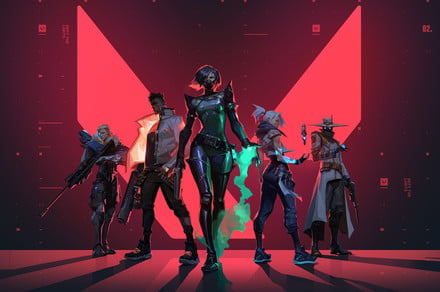 Windows 11 requires Trusted Platform Module (TPM) 2.0, which has caused some issues for PC builders with hardware that’s a few years old. The implications for TPM may reach beyond Windows Hello and Bitlocker, however, with some game developers using it to enhance anti-cheating software.

The news comes from the Anti-Cheat Police Department on Twitter, which gathers news (and a healthy dose of memes) on the latest anti-cheat advances in games. Users with Windows 11 installed have received an error message when launching Valorant, which says that the Vanguard anti-cheat software “requires TPM version 2.0 and secure boot to be enabled in order to play.”

Valorant has started to enforce both TPM and Secure boot if YOU are playing on Windows 11 to ensure a trusted platform when playing Valorant. @RiotVanguard team yet again leading the anti-cheat industry in the right direction for competitive integrity pic.twitter.com/qgTM1yNqdA

The tweet is backed up by several user reports on Reddit, especially regarding Valorant tech support. Although we’re not sure how developer Riot Games is using TPM and Secure Boot, it seems both will lead the charge into a new era of anti-cheating measures on Windows 11. The topic of hardware anti-cheating has been speculated about since the announcement of Windows 11, and it seems like it might be here.

It probably won’t work in the way you might suspect, though. Anti-cheat software is sophisticated by design, but in short, it ensures that everything running in a game is running how it should. That means the code is all up to snuff, the inputs are accurate and respond in the way they should, and there aren’t any extra programs running that could interfere with the game.

A TPM doesn’t change that. If you don’t know, a TPM is a small processor that sits on your motherboard, and it serves as a vault for secure data. You don’t store actual data on it, but rather things like keys and certificates that can be used to authenticate you or decrypt data you’ve secured elsewhere.

That functionality has one direct implication for anti-cheat software: Hardware ID (HWID) bans. At the most basic level, a HWID ban blocks your router’s MAC address — a unique address that’s hard-coded into your router. However, developers can also loop in other identification numbers, such as your combination of components or network configuration, and use all of them for the ban.

HWID bans can be easy to get around, and that’s where TPM comes into play. TPM and Secure Boot validate the first files loaded on your computer to root out any malicious software that executes before the operating system loads. Basically, it ensures that the PC has all of the necessaryparts and is running all of the software it should.

By tapping into that through anti-cheat, developers can more aggressively enforce HWID bans. This is speculation right now — Riot hasn’t clarified how its Vanguard anti-cheat uses TPM, and likely won’t to avoid people exploiting it. However, verifying hardware and using that to enforce HWID bans seems like the most practical way to use TPM and Secure Boot.

The requirement only applies to Windows 11, which requires TPM 2.0 and Secure Boot. Many users who don’t have these features will continue to use Windows 10 until Microsoft ends support in 2025, though we’re not sure if Riot will push the requirement back on the older OS.

Facebook
Twitter
Pinterest
WhatsApp
Previous articleMicrosoft Start is a new way for you to stay up to date on your news, interests
Next articleHow to reset the Fitbit Charge 3: Restarts and resets
- Advertisment -

Jumpstart your cybersecurity training with this $30 exam prep bundle

Where Does GIS Data Come From?

This Alienware gaming laptop just got a $180 price cut