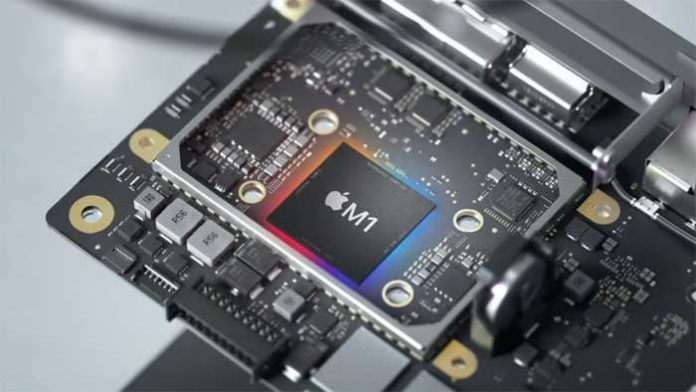 The success of Apple’s M1 processors has taken the world by storm, but you might not have to switch to the Mac to gain the benefits of the platform in the future.

Open-source M1-style chips may be in our future, according to a reverse-engineering document released online, Tom’s Hardware reports. Maynard Handley — one of the original developers behind Apple QuickTime — has released a PDF document online that explores the inner functions of Apple’s proprietary processor, and it could have interesting implications.

We’re approaching the one-year anniversary of Apple’s M1 processor – a fully in-house ARM-based processor that blew consumers and Apple’s competition away. The key to that success was the way the M1 delivered a considerable amount of performance while remaining power-efficient.

The M1 MacBook Air, for example, was the most powerful variant the company has ever released despite being fanless. It also had the longest battery life at an impressive 12 hours. The MacBook Pro’s battery lasted even longer at 17. The M1 MacBooks did all of this while running circles around the performance of similar Intel-based machines.

As exciting as the M1 architecture is, the last thing Apple would want to do is license the design out to other parties. That means the odds of seeing several devices with M1-style performance on different platforms borders on impossible.

However, that walled garden approach may be gone for good with the release of this document. The researcher’s PDF goes into excruciating detail on the technical elements of the processor, and it can easily be used by developers and budding engineers to reverse-engineer the chip.

That means, potentially, we could see hyperefficient and performance-heavy ARM CPUs for Linux and even Windows.

A project like this could lead to an open-source M1 type chip.

It’s not just about creating copycat chips, either. With enough testing and support, the M-series chips could even be used for non-Mac systems. Reverse-engineering proprietary tech like this is murky in terms of legality, and it’s unknown whether Apple is OK with this document being available or not.

The document is currently on version 0.70, and more people than just Handley are contributing to it. It has contributions from the team that ran Linux on the M1, as well as contributions from people doing their own independent testing. It even includes instructions on how to run your own testing.

A project like this could lead to an open-source M1-type chip, which could unlock all kinds of potential for independent engineers and startup teams. An open-source chip would make it easier to manufacture competing hardware, from ARM-based laptops all the way to iPad Pro-level tablets.

The document is far from complete, and there are still a lot of unknown factors regarding the M1’s inner workings, but it’s an exciting project nonetheless.

Facebook
Twitter
Pinterest
WhatsApp
Previous articleThis DIY, triple-monitor PC is a portable all-in-one unlike any you’ve ever seen
Next articleVerizon is offering the iPhone 13 Pro totally free to new and existing customers
- Advertisment -