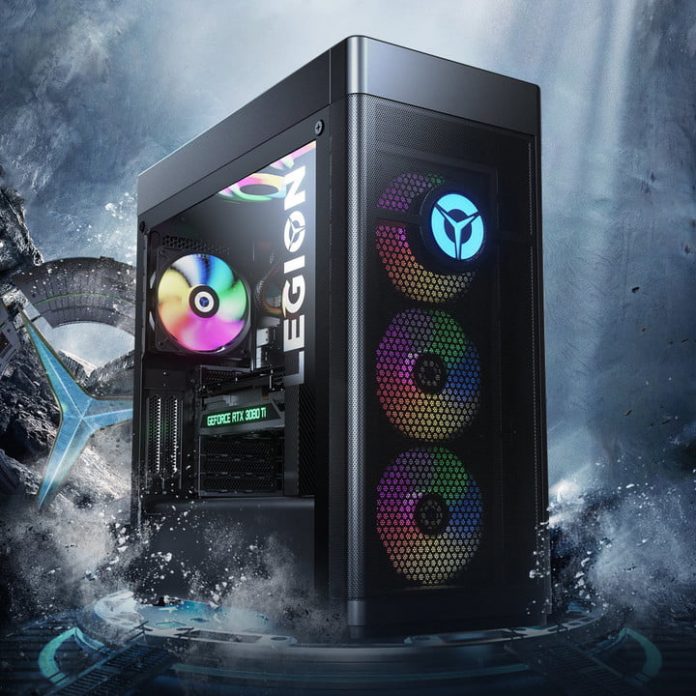 Intel has already announced that Alder Lake processors are coming in 2021, but the company hasn’t provided a release date yet. Now, a new leak of an upcoming Lenovo desktop suggests that the processors are right around the corner.

Shared by Chinese outlet IT Home, a marketing image for the Lenovo 9000K 2022 indicates Alder Lake is coming in October. You probably know the Lenovo 9000K better as the Lenovo Tower 7, which is a high-end gaming desktop available in the U.S. The marketing image shared by IT Home — as well as leaker @momomo_us on Twitter — doesn’t explicitly call out Alder Lake processors. However, it says the machine features DDR5 memory and PCIe 5.0.

Those are two of the biggest Alder Lake features, and neither are available on previous generations from AMD or Intel. Given that we know Alder Lake is coming in 2021 and that the platform supports both features, it’s safe to assume the Lenovo 9000K is packing Intel’s latest chips.

IT Home reports that the machine will launch on October 29, but that doesn’t mean that’s when Alder Lake will launch. Most rumors point to either an October or November release date, but recent speculation suggests the processors will arrive some time in November. Intel hasn’t announced any release date yet.

Still, we know the processors are arriving soon. With precious little time left in 2021 and increasing pressure from rival AMD, Intel should soon reveal the processor generation and when it’s arriving. We hope to hear more at the Intel Innovation event on October 27, two days before the rumored launch of the Lenovo Legion 9000K.

The Core i9-12900K is rumored to head the lineup, sporting 16 cores and 24 threads. A recent benchmark leak showed the processor besting AMD’s Ryzen 9 5950X in Cinebench R23’s single-core benchmark by 21%. Earlier rumors suggested that Alder Lake could feature up to a 20% boost in single-core performance.

Still, we need to wait until Intel reveals how the chips perform before drawing any conclusions. The Lenovo Legion 9000K points to a launch date coming soon, but the October 29 date cited by IT Home could be a pre-order date, or it could be wrong entirely.

Facebook
Twitter
Pinterest
WhatsApp
Previous articleDell is practically handing out the XPS 13 laptop with this deal
Next articleApple iPhone 13 review: The iPhone for the masses
- Advertisment -