The EU wants Apple to ditch the Lightning port by 2024 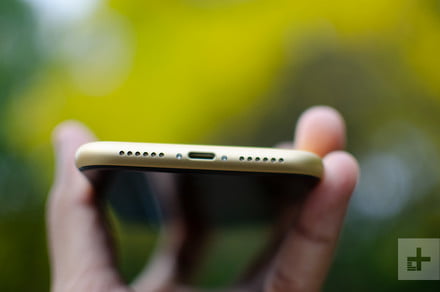 Apple may have kept the Lightning cable on the iPhone 13 and 13 Pro, but the European Union’s getting ready to put its foot down and ask for USB-C as it has been threatening to for years. A new policy pushed by the European Commission — the EU’s executive body — will have all smartphone makers building their phones with a common USB-C specification. This move is to cut down on e-waste and allow customers to reuse their chargers when buying new phones.

The EU had previously allowed companies to voluntarily adopt a shared standard, but it will now be stepping in to legislate a common charger. Other than phones, it will apply to tablets, cameras, headphones, portable speakers, and handheld videogame consoles. Manufacturers will not have to sell their chargers with devices either. In a move that companies like Apple and Samsung have already adopted, handheld portable devices could end up being sold without a charger. Finally, the EU is also pushing for a harmonized fast charging standard so that all phones would charge at the same speed when using a compatible fast charger.

Margrethe Vestager, Executive Vice-President for A Europe fit for the Digital Age, said in a release today: “European consumers were frustrated long enough about incompatible chargers piling up in their drawers. We gave the industry plenty of time to come up with their own solutions, now time is ripe for legislative action for a common charger. This is an important win for our consumers and environment and in line with our green and digital ambitions.”

Apple had earlier opposed such a measure, saying in a statement: “We believe regulation that forces conformity across the type of connector built into all smartphones stifles innovation rather than encouraging it, and would harm consumers in Europe and the economy as a whole. “We’ve reached out to Apple for an updated statement and will update this upon response.

A USB-C charger would have benefits for Apple customers as well. The company has shifted to USB-C on its iPad from the iPad Pro to the iPad Mini and even the MacBook has adopted USB-C for its chargers. Apple customers would already be familiar with the technology, and Android phones have relied on USB-C for years at this point.

While the EU has yet to adopt this motion, but there is no reason to expect that it won’t. When adopted, Apple would have up to two years to shift its products into alignment if it intends on selling its iPhones in Europe.