HomeNewsThe DJI OM 5 is a unique smartphone gimbal with a built-in...
News 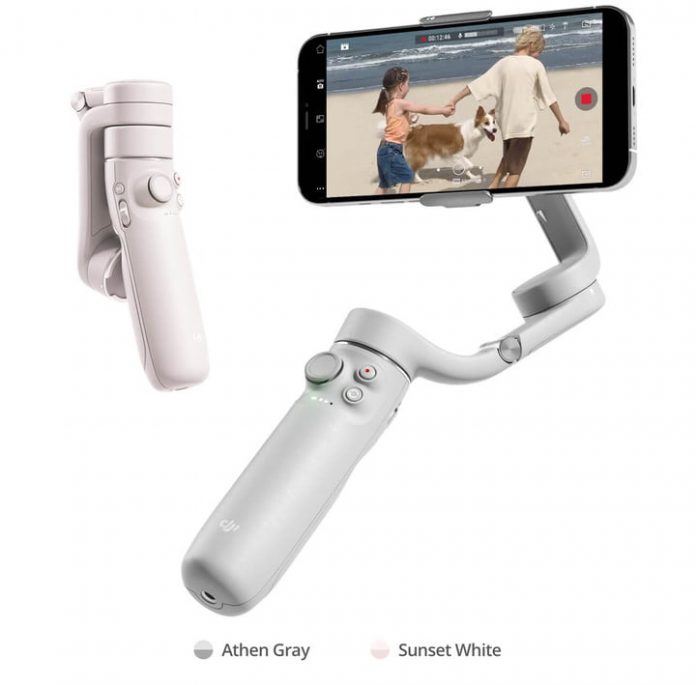 DJI today announced the DJI OM 5, the latest in its line of smartphone stabilizer gimbals designed to transform phones into powerful tools for video creation.

The OM 5 boasts some major design changes and upgrades to make the system more portable and versatile. Most notable is a new, built-in telescoping extension rod that provides 8.4 inches of extra reach for selfies and other shots. Even if you’re not filming yourself, a selfie stick can be useful to get a different perspective from up high or down low, and can even be used to capture shots that look as if they were filmed with a drone.

Despite this new capability, DJI has managed to shrink the size of the OM 5 so that it’s now one-third smaller than its predecessor when packed down. A redesign of the phone clamp allows the OM 5 to be used with a smartphone in a case, and to fit a wider range of phones. The phone clamp is magnetic, and DJI is offering an optional clamp with built-in selfie lights as a $59 accessory (available at a later date). That’s going to be very useful in dark rooms or in situations where you want yourself to stand out, as well as to soften harsh shadows. There’s also a new button on the handle to allow easy access to some of the gimbal’s extra features.

The smaller size and built-in selfie stick unfortunately do come at the cost of battery life. The OM 5 only gets a little under six-and-a-half hours of battery life, whereas the older OM 4 was rated for more than twice that at 15 hours. That’s a lot less shooting time, but since a phone gimbal isn’t something most people use for hours upon end, it shouldn’t pose too much of a problem.

The OM 5 only gets a little under six-and-a-half hours of battery life.

The DJI OM-5 retails for $159 and includes a magnetic clamp, power cable, tripod, storage pouch, and wrist strap. It’s available in two colors, Sunset White and Athen Gray, and is available to purchase now. It’s important to note that DJI is not discontinuing the previous OM 4, instead choosing to rename that gimbal as the OM SE and upgrade it with the new magnetic clamp for those who prefer a longer battery life. It’s also available at a lower $119 price point, though the current landing page is unavailable so it may still be in the works.