HomeHow toThe best RAAL loadouts in Call of Duty: Warzone
How to

The best RAAL loadouts in Call of Duty: Warzone 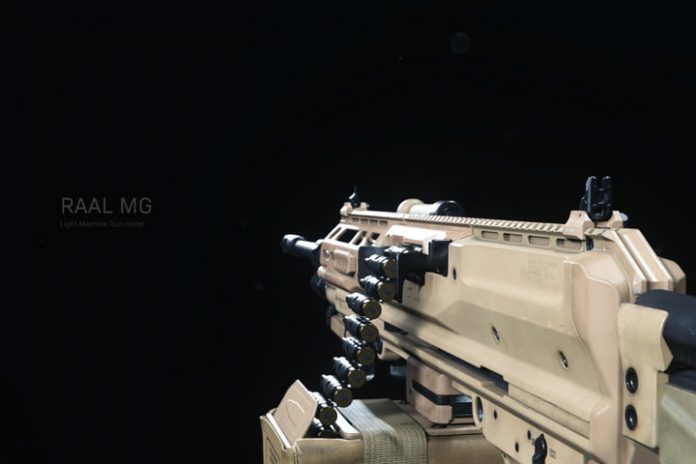 The newest weapon added to Call of Duty: Warzone is a peculiar one. It’s the RAAL LMG, a weapon that has actually been in the game since December 2020, technically. At that time, it appeared throughout the map as floor loot before being removed inexplicably. But now it’s back, with the ability to customize it to your liking. With it being an LMG, it’s not the best up close, but there are a few different loadouts you can try to meet your needs.

Sadly, the RAAL isn’t great, especially compared to other LMGs or assault rifles. It doesn’t have the most competitive time to kill (TTK) and is slow, making it tough to recommend. Still, if you’re a skilled player who wants to try something new, it can be fun to use. We just wouldn’t recommend newcomers try this one since it’s not the most practical weapon. Nonetheless, these are the best RAAL loadouts to use in Call of Duty: Warzone.

Comparatively speaking, the RAAL isn’t the best choice. Up close, you’ll likely lose most of your gunfights against those using an SMG, while at midrange, you’ll probably be outclassed by other assault rifles. While using the RAAL from afar, you could stand a chance, but there are still several other options that are better in nearly every way. According to TrueGameData, the RAAL is most effective at around 40 meters, where it outperforms the likes of the Stoner 63 and the Krig 6 — both of which are meta long-range options. Still, the FARA 83 and the EM2 are better options at those ranges, so it’s tough to see any reason to use the RAAL.

Even so, you might want to challenge yourself to use the RAAL since it can be fun if you’re looking for something different. Below are some of the best RAAL loadouts to use.

Since the RAAL is an LMG, it should primarily be used at long range. As mentioned above, taking on engagements at around 40 meters will yield the best results, so if you’re looking to build your weapon for those situations, the recommended attachments above will suit you. Just keep in mind that this will be a slow setup, so don’t expect to run around quickly while using it. Instead, you’ll need to be deliberate with your shots, with a slower-paced playstyle in mind.

Start with the RAAL Monocore Muzzle, which is essentially the equivalent of the Agency Suppressor or the Monolithic. This will, of course, grant you with sound suppression while improving the weapon’s range at the expense of aim down sights (ADS) speed and aim walking steadiness. With this being a long-range build, ADS speeds aren’t as important as damage range. Next, you’ll want to add the 32.0-inch RAAL Line Breaker for improved damage range, bullet velocity, and recoil control. These boosts will help you secure those long-range eliminations much easier, and even though they hurt the weapon’s speed, you’ll do well if you’re posted up with a clear view of your target.

With a typical ranged build, you’ll want to use the VLK 3.0x Optic, and that remains true here. This will give you enough magnification to keep your targets lined up, even if they’re over 100 meters away. If you find this to be too slow, you can swap over to an Optic with less magnification, such as the Corp Combat Holo Sight or something similar. Just make sure you avoid using the iron sights since this is a ranged build. Also, don’t forget to set the reticle to whatever you prefer.

Follow that up with the FFS Oblique Underbarrel, which is basically the same as the Snatch Grip for the PKM. It improves recoil control, which is ideal at long-range — but also boosts your ADS speeds to help offset the other slower attachments. Finish off the build with the 150 Round Belt Ammunition to ensure you have plenty of ammo to take out those long-range targets. Remember, the farther away your targets are, the more bullets it takes to eliminate them, so having more ammo will suit you well.

This version of the RAAL is terrible up close, so you’ll want to bring either an SMG or shotgun with you alongside it so you can cover your bases. The perks you bring with you should be standard: Quick Fix for slot 1, Ghost/Overkill for slot 2, and Amped for slot 3. Depending on your playstyle, there is a little room for deviation there, but for the most part, those are the perks we always recommend.

As for equipment, you’ll want to bring throwing knives so you can easily finish off a downed player quickly without having to use more ammo. This can save your life, especially in close-quarters situations. And, as always, the heartbeat sensor or stuns are great tactical equipment options.

Admittedly, the previous recommended build might be too slow for your liking. If that’s the case, you might want to try a lightweight version of the weapon, which is best used in closer situations. This won’t be as accurate at range but will allow you to move around and snap onto your targets more quickly.

Swap the Muzzle over to the Tactical Suppressor for this build, which still grants you with suppression but with less of an ADS penalty. Since you’ll be using this weapon at midrange, your damage range isn’t as important. Likewise, you should also switch to the 20.0-inch RAAL Tri-fold Lite Barrel. This attachment grants you with faster ADS speeds, making it more practical for use at medium range. However, it’s important to be aware that this attachment does not give you any recoil or bullet velocity boosts.

Next, you’ll want to actually skip using an Optic with this build so you can prioritize other attachments. Instead, use the Tac Laser, which gives you better ADS speeds, as well as improvements to aiming stability and aim walking steadiness. Using this will make your weapon feel more lightweight. Speaking of which, we advise using the Folded Stock with this build for improved movement speed, as well as ADS speeds. This will hurt your recoil control, but again, this won’t hurt you much if you use it at midrange. For the final attachment, go with the 50 Round Belt Ammunition for a boost to ADS speeds, sprint to fire speed, movement, and a slight improvement to reload quickness (though, not as much as we’d like).

Overall, this build will be less accurate but more effective during midrange battles since you’ll be able to ADS much faster with it. Even by default, the RAAL isn’t too difficult to control, so you’ll find this loadout to be effective if you’re skilled. From here, stick with the same perks and equipment recommended above.

The last recommended build we’ll cover is one that is more practical and versatile. You’ll find it to be the middle ground between the previous two setups, preserving some speed while still remaining effective from afar.

Start by swapping back over to the RAAL Monocore Muzzle to remain suppressed with a boost to your damage range. Having this attachment is key when utilizing the weapon from afar. After that, we advise using the 26.0-inch RAAL Line Breaker Barrel, which still grants you with some bullet velocity improvements without penalizing your ADS speeds as much as the 32.0-inch RAAL Line Breaker. This is a happy medium that works well at mid-to-long-range.

To preserve movement speed, we highly advise using the Tac Laser with this build. It will offset the negative aspects of the RAAL Monocore and the 26.0-inch RAAL Line Breaker, giving you better ADS speeds, aiming stability, and aim walking steadiness. After that, you should use some sort of Optic, though try not to pick one with too much zoom since you’ll be using this loadout more at midrange. Something like the Corp Combat Holo Sight works well at those 40-meter-range engagements.

For the final attachment, we suggest the Sleight of Hand Perk to improve the weapon’s reload speeds. By far, this is one of the worst downsides of the RAAL since it takes around six seconds to reload it. In the heat of battle, this is hard to deal with, so having a faster reload speed can greatly improve its performance.

When it comes to perks, Double Time or Quick Fix are recommended here, along with Ghost or Overkill and Amped. Depending on your playstyle, you can mix this up slightly, but for the most part, there are certain perks you should avoid. Use the same equipment recommended above, and you’ll be all set, regardless of the build.

Facebook
Twitter
Pinterest
WhatsApp
Previous articleHow to hide people, pets, and dates from Google Photos Memories
Next articleHow to call an audible in Madden 22, and why you should
- Advertisment -