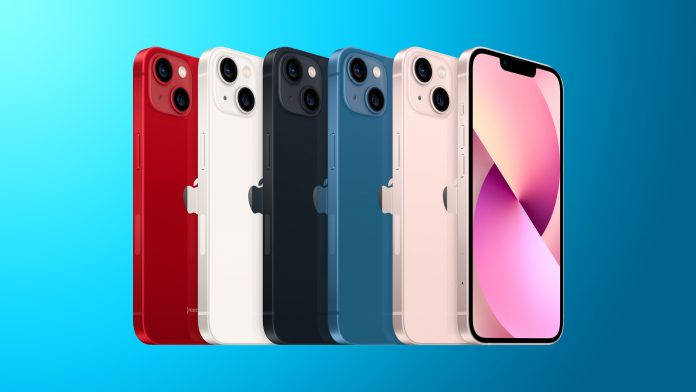 Strong iPhone 13 demand in Taiwan and China has led Taiwanese component suppliers to prioritize production lines for Apple over rival Samsung and many Chinese mobile vendors, according to a new DigiTimes report.

Taiwan-based makers of VCMs (voice coil motors), wire winding and other components of smartphone-use lens modules are giving priority to production for Apple, amid strong pre-sales of iPhone 13 series in China and Taiwan, according to industry sources.

The report states that Samsung’s third-quarter sales this year fell short of expectations, while Chinese smartphone vendors including Oppo, Vivo and Xiaomi have high inventory levels of components.

Apple’s iPhones have reportedly taken over a large portion of Huawei’s original market share since it was hit by U.S. sanctions, and Taiwan’s component makers have high hopes for the ‌iPhone 13‌ series.

Apple is looking to boost initial production of this year’s ‌iPhone 13‌ models to 90 million units through the end of the year, an increase of up to 20% over the 75 million units of the iPhone 12 series produced last year, according to Bloomberg.

Hundreds of people were seen running into a shopping mall in northwestern China’s Shaanxi province to buy the new iPhone. pic.twitter.com/coBPsTrQ1A