HomeNewsSkype lives on as Microsoft adds new features to take on Zoom...
News 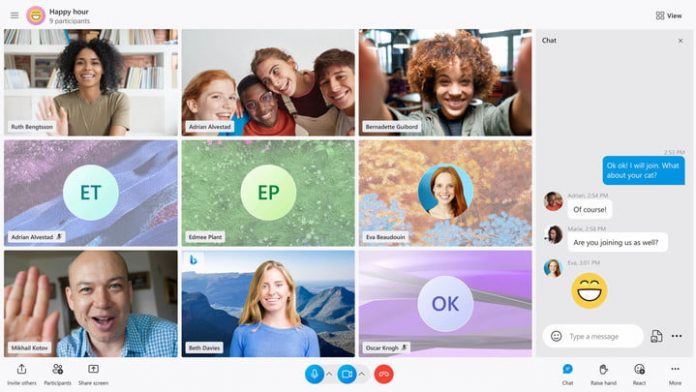 Despite the popularity of Microsoft Teams, Microsoft isn’t quitting on Skype. The videoconferencing service is getting a set of new features, all of which are designed to make the app faster, more reliable, and modern.

Among the set of incoming features for Skype is the new call stage. Microsoft is adding new layouts, themes, and other ways to help you connect with folks at the other end of the call.

A new light theme, as well as a change that puts you on the main view during a call, are other big changes. Microsoft is even changing the format of calls so that all participants can be seen together. That includes audio-only participants, who can now have their own backgrounds.

When it comes to performance, Microsoft says that the app is now 30% faster on desktop, and over 2,000% faster on Android. The company says it is committed to supporting Skype on all web browsers, including Edge, Chrome, Safari, and Opera.

This should be useful for the “Meet Now” feature, where the lobby has been redesigned so it’s easier to use and much better-looking. Meet Now join links have also changed so that you can see previews with your call name and avatar when joining the call.

Other areas of the Skype Desktop app on Windows and Mac should also feel different in a future update. Upgraded chat headers have a changed layout and button gradients — even the left side panel has changed, to balance lightness with new color themes and gradients.

As for mobile versions of Skype, Microsoft is adding a new “TwinCam” feature. This can let you use your phone to add it as a camera for the call, or to show off a pet or something that’s behind your laptop’s webcam.

And for situations where you might be on a call with someone speaking a different language, there will be a Skype Universal Translator feature, which is a real-time translator that runs on top calls.

Capping out the list of features coming soon are custom notification sounds and the ability to react with any emotion within two seconds during a call. Microsoft is also integrating Skype with Office Lens, so you can create videos, plus scan documents and whiteboards.