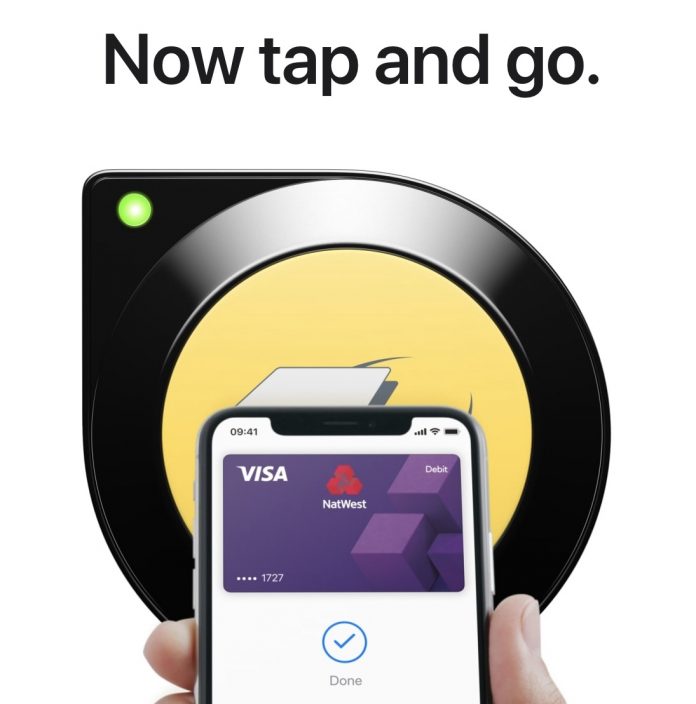 Researchers in the U.K. have demonstrated how large unauthorized contactless payments can be made on locked iPhones by exploiting Apple Pay’s Express Transit feature when set up with Visa.

Express Transit is an ‌Apple Pay‌ feature that allows for tap-and-go payment at ticket barriers, eliminating the need to authenticate with Face ID, Touch ID, or a passcode. The device does not need to be wakened or unlocked to use Express Transit.

Computer Science researchers from Birmingham and Surrey Universities demonstrated to the BBC how the attack works by exploiting a weakness in the Visa contactless system through the use of a small piece of commercially available radio equipment, which is placed near the phone and masquerades as a ticket barrier.

An Android phone running an app developed by the researchers is used to relay signals from the iPhone to a contactless payment terminal and modifies the communications to fool the terminal into acting as if the ‌iPhone‌ has been unlocked and a payment authorized.

In demonstrating the attack, researchers made a contactless Visa payment of £1,000 from a locked ‌iPhone‌. The scientists only took money from their own accounts. The researchers said the Android phone and payment terminal used don’t need to be near the victim’s ‌iPhone‌ as long as there’s an internet connection.

Apple told the BBC the matter was an issue with the Visa system.

“We take any threat to users’ security very seriously,” said Apple. “This is a concern with a Visa system but Visa does not believe this kind of fraud is likely to take place in the real world given the multiple layers of security in place. In the unlikely event that an unauthorized payment does occur, Visa has made it clear that their cardholders are protected by Visa’s zero liability policy.”

The researchers said the attack might be easiest to deploy against a stolen ‌iPhone‌, although there’s no evidence that the hack has been used in the wild. Visa said payments were secure and attacks of this type were impractical outside of a lab.

“Visa cards connected to Apple Pay Express Transit are secure, and cardholders should continue to use them with confidence,” said a Visa spokesperson. “Variations of contactless fraud schemes have been studied in laboratory settings for more than a decade and have proven to be impractical to execute at scale in the real world.”

The researchers told the BBC they first approached Apple and Visa with their concerns almost a year ago, but despite “useful” conversations, the problem has not yet been fixed. The researchers also tested Express Transit with Mastercard but found that the way its security works prevented the attack.

“It has some technical complexity,” said Dr Andreea Radu, of the University of Birmingham, who led the research. “But I feel the rewards from doing the attack are quite high. In a few years these might become a real issue.”

Dr Tom Chothia, also at the University of Birmingham, advised ‌iPhone‌ users to check if they have a Visa card set up to use Express Transit and if so, disable it. “There is no need for ‌Apple Pay‌ users to be in danger, but until Apple or Visa fix this they are,” he said.Related Roundup: Apple PayTags: Visa, Express TransitRelated Forum: Apple Music, Apple Pay/Card, iCloud, Fitness+
This article, “Security Experts Warn of Apple Pay Express Transit Hack That Enables Large Unauthorized Visa Payments From Locked iPhones” first appeared on MacRumors.com