HomeHow toPsychonauts 2: How to use the Thought Tuner
How to

Psychonauts 2: How to use the Thought Tuner 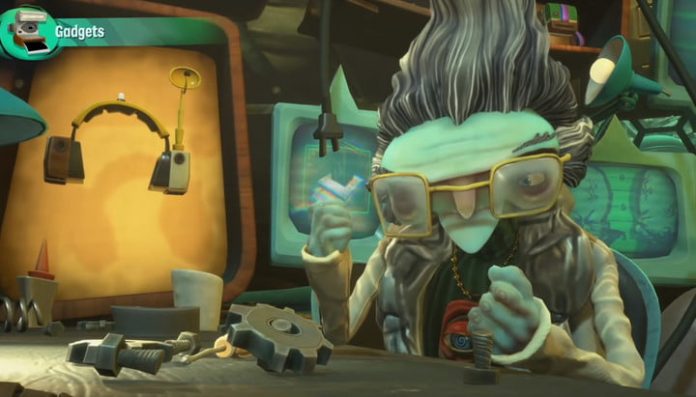 Psychonauts 2 features a brief main storyline, but its world is loaded with collectibles that’ll keep you playing for 30-plus hours to hit 100% completion. If you’re one of the dedicated few hoping to achieve that goal, you’ll need to learn how to acquire and use the Thought Tuner.

This handy device can help you reach previously inaccessible locations and reach some of the trickiest collectibles in the entire game. Here’s what you need to know about the Thought Tuner — from where to find it to how to use it and why you’ll want to add it to your arsenal as soon as possible.

Where to find the Thought Tuner in Psychonauts 2

To find the Thought Tuner, you’ll need to run through the first few hours of the Psychonauts 2 main story and unlock the Quarry location. This is found just outside the Motherlobe, and you’ll automatically be introduced to it through normal gameplay — if you’re tackling the main missions, there’s no chance of missing it.

With the Quarry unlocked, move toward the edge of the platform in front of you and look to your right. Out in the distance across the pond, you’ll see Otto’s laboratory. This is where you’ll need to go to unlock the Thought Tuner and — thankfully — it’s an easy location to reach. As you approach the edge of the platform that holds the Motherlobe, a walkway will rise out of the water below and give you access to Otto’s lab.

Once inside, speak with Otto, who is located behind the front desk. Ask if he has any gear or gadgets that you can use, and he’ll hand you both the Otto-Shot and Thought Tuner.

How to use the Thought Tuner

The Thought Tuner is used to detect stray thoughts in the real world and cannot be used while inside your colleagues’ brains. That means you’ll be limited to using it in locations such as the Motherlobe and Quarry.

Despite its geographic limitations, the Thought Tuner is a remarkably useful device. To equip it, press the Left D-Pad — or hold T on PC — and Raz will start walking around slowly with the Thought Tuner held in front of him.

With the Thought Tuner out, listen carefully for a faint beep — this will indicate a nearby stray thought. From there, it’s a simple game of Hot and Cold. The closer you get to the thought, the faster and louder the beeping will become. Get close enough, and you’ll uncover a stray thought, which will create Thought Bubbles that can be used to reach a new part of the map.

If you’re trying to reach 100% completion in Psychonauts 2, it’s important to pick up the Thought Tuner as soon as possible. This will save you from having to backtrack to previous locations, as dozens of collectibles are hidden away in areas only accessible after using the Thought Tuner.