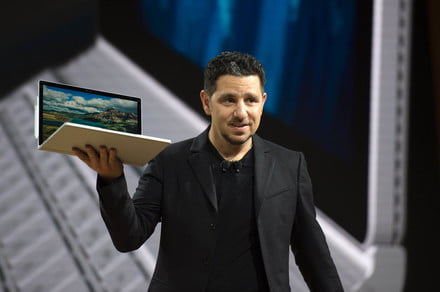 Microsoft is holding an online-only “Fall 2021 Event” on September 22. It is widely believed this Microsoft Event could feature both the Surface Duo 2 and the new Surface Laptop model.

Previous leaks have hinted at an impending launch of those products, but a closer look at the event tease on Twitter also reveals what could be a bonus Surface Pro device. Zooming in on the image, you can see what looks to be a Surface Type Cover keyboard and a slim Surface Pro model with the kickstand extended out. Media invites even mention that Microsoft will “talk about devices and Windows 11.”

It’s been rumored for some time that Microsoft could be shaking up the Surface lineup this fall. A Surface Laptop Pro model could replace the Surface Book 4 and come with a new design and Nvidia’s new RTX graphics.

As for the Surface Duo 2, it is believed to feature triple cameras on the rear of the device, as well as Qualcomm’s Snapdragon 888 processor, support for 5G, and NFC technology. Leaked images of the device were spotted early in July, and Geekbench results recently confirmed the device does in fact exist.

Even a Surface Go 3 model might be a possibility for this event. Recent Geekbench benchmarks suggested that Microsoft had been testing the device since April. The benchmarks revealed a modest boost in processing power, with the device reportedly packing Intel Amber Lake-Y Pentium Gold 6500Y and Intel Core i3-10100Y processors under the hood.

There has been no word on a redesigned Surface Pro 8 model, however. It could end up being the surprise of the event.

Other than the teaser tweet, official details on what to expect are scarce. A Surface event would be perfect given that Windows 11 will be coming on October 5. Microsoft would need the hardware to showcase new software. Surface chief Panos Panay just so happens to be in charge of both now, so expectations should be set high.

Microsoft has created a website for the event, with the webcast set to begin at 8 a.m. PT on September 22. We’ll be watching live, and will be providing updates come event day.