HomeNewsMany iPhone 13 Owners Unable to Get Find My Working on New...
News 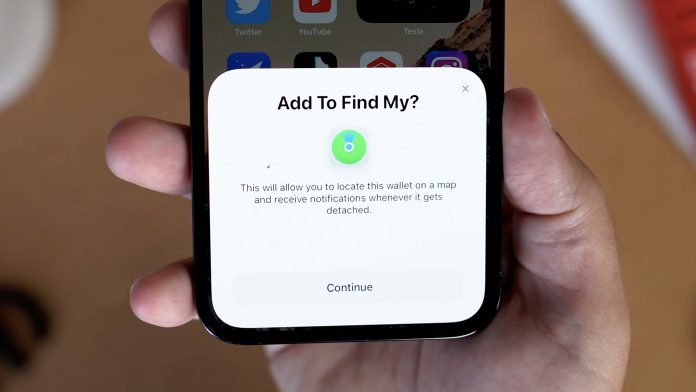 Alongside the new iPhone 13 models, Apple introduced an updated version of the MagSafe Wallet that has Find My built in. The new MagSafe Wallet is designed to be easier to find should it slip off of an iPhone or fall out of a pocket, but some new ‌MagSafe‌ Wallet owners are unable to get ‌Find My‌ to connect.

According to a long thread on Reddit, affected users do not get the proper ‌Find My‌ pop up when attaching a ‌MagSafe‌ Wallet to an ‌iPhone‌. The issue seems to be impacting ‌iPhone 13‌ models in particular, but there are also some complaints from iPhone 12 owners.

The ‌MagSafe‌ Wallet is meant to connect to ‌Find My‌ automatically when attached to an ‌iPhone‌, as we demonstrate in our hands-on video below, but it simply does not work for some people.

Some users have been directed by Apple Support to Erase Network Settings and have had success with that method, but others say that this method does not work.

I had 3 calls with customer support and we were able to get it working for my iPhone 13 pro max. This is what worked: they told me to go to Settings > General > Transfer or Reset > Erase > Erase Network Settings. The phone restarted, and after restarting and attaching the wallet to the back of my phone, the animation popped up and wallet is now in my Find My app!

Reddit user EndlessApology was told by Apple Support to take more drastic measures and put his ‌iPhone‌ into Device Firmware Update (DFU) mode to reinstall the OS using a Mac.

Got my own Wallets today and immediately had this issue with both my 13 Pro & Pro Max. Spoken to Apple tech, and followed what they said and it fixed it. Put the phones into DFU mode, and reinstall the OS and Firmware. Set the phone up again without doing any recovery. Once set back up, pop the wallet on and it’ll pop up after about 5 seconds, and let you pair to Find My. After that, if you need to, reset the phone on the device itself, and restore from back up in set up. Sorted 🙂

DFU mode has been largely successful for most of the Reddit users who have attempted to fix the issue, but it is a huge hassle that shouldn’t be necessary for a simple accessory pairing process. Based on the Reddit thread, Apple is aware of the issue, so it’s possible that a fix will be coming in a future update.