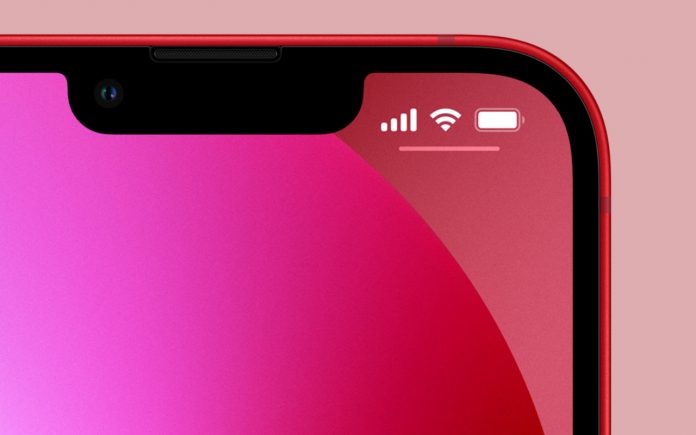 Despite a smaller notch, the iPhone 13 lineup will not show users their battery percentage in the status bar, or at least, not by default, according to the ‌iPhone 13‌ simulator embedded within Xcode.

The entire ‌iPhone 13‌ series features a smaller notch, allowing for more area to display content. While many customers may have hoped that a smaller notch would lead Apple to show the battery percentage in the status bar, that doesn’t seem to be the case, at least for now.

As noted on Twitter, the Xcode 13 simulator for the iPhone 13 Pro Max shows the status bar without a battery percentage, despite ample room to shift the signal and Wi-Fi bars to the left. While the simulator in the release candidate of Xcode 13, released after yesterday’s event, shows no battery percentage, Apple may offer it as an option within Settings.

According to the Xcode Simulator, even though there’s enough space on iPhone 13 Pro Max, it still doesn’t show the battery percentage #AppleEvent pic.twitter.com/TOc7mz48EL

Apple is unlikely to place the battery percentage in the status bar with no way for users to turn it off. With older iPhones that feature no notch, Apple includes an option within settings to toggle the percentage on or off, and a similar play could be in-store with the ‌iPhone 13‌. Although it’s worth noting that none of the ‌iPhone 13‌ or updated iOS 15 marketing images depict that as a possibility.

The ‌iPhone 13‌ and ‌iPhone 13 Pro‌ will begin shipping to customers on Friday, September 24, but we do expect reviews and hands-on impressions of the devices to be released before that. Those reviews and impressions will give us a definitive answer on whether Apple will finally allow customers to show their battery percentage in the status bar, rather than having to drag down on the right corner of the screen.Related Roundups: iPhone 13, iPhone 13 ProRelated Forum: iPhone
This article, “iPhone 13 Still Doesn’t Display Battery Percentage in the Status Bar, Despite Smaller Notch” first appeared on MacRumors.com

AMD’s powerful Threadripper 5000 chips may have been delayed again