HomeNewsiPhone 13 Pro could include the most storage yet on an Apple...
News 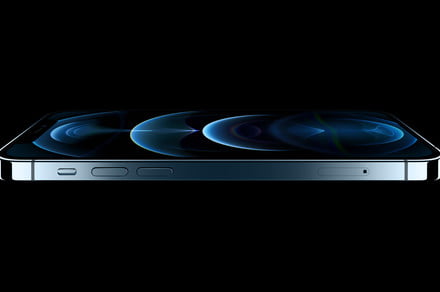 Apple is only a couple of days from the launch of the highly anticipated iPhone 13, with reports continuing to drop about all of the goodies that the new handset might offer.

If you find the storage always filling up super-fast on your current iPhone, then the latest tidbit from reliable Apple analyst Ming-Chi Kuo should be of interest.

In an investor report released at the weekend and first seen by 9to5Mac, Kuo suggests the iPhone 13 Pro and iPhone 13 Pro Max will launch with the most storage ever offered on an Apple smartphone: 1TB. To put it another way, that’s 1000GB, or 996GB more than the lowest option offered with the original iPhone in 2007. Yes, it’s a lot of storage.

It means that even if you’re an avid videographer and/or photographer who also likes to download movies, TV shows, music, and podcasts rather than stream content from the cloud, you’ll probably still never fill it up. But that’s the idea, right?

It’s not the first time we’ve heard that the iPhone 13 will include a 1TB option, but Kuo’s input so close to the launch date offers the clearest indication yet that it’s really going to happen.

In his report, Kuo also pointed out that the iPhone 13 could be hit by the same component shortages affecting many tech firms at the current time, though he seemed to suggest the issue would probably affect shipments of legacy iPhone models more than the iPhone 13.

To find out more about everything we know — or think we know — about the upcoming iPhone 13, check out this recently updated article on Digital Trends. You might also want to look over the features we’d like to see with Apple’s next iPhone, among them a smaller notch and a fingerprint sensor.