HomeNewsI downgraded from Windows 11 to Windows 10, and I don’t plan...
News

I downgraded from Windows 11 to Windows 10, and I don’t plan on going back 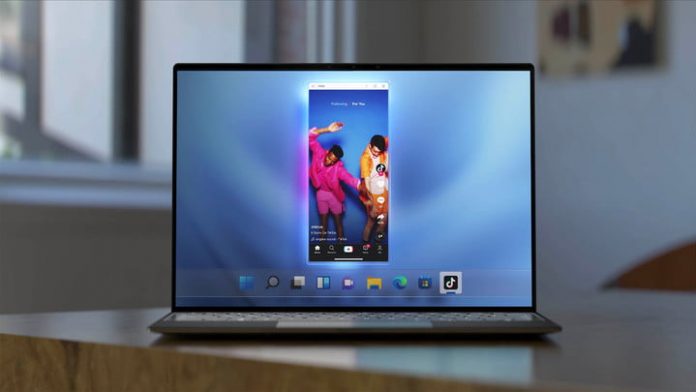 Microsoft just announced that Windows 11 is around the corner. The rollout is set to begin on October 5, with eligible PCs receiving a notification to upgrade in waves. I’ve used Windows 11 throughout most of the Insider period, and after downgrading, I plan on sticking with Windows 10 for a while.

Windows 11 has caused some controversy, from the confusing TPM requirement, which left DIY builders in the cold, to the busted PC Health Check app, which made it difficult to see whether your PC could even run Windows 11. Although the direction forward seems clear now, I’m still holding my breath, waiting for Microsoft to iron out the issues with and requirements of Windows 11.

Windows 11 is missing its best feature

When Microsoft announced Windows 11, the most impressive feature was Android app support. The company said users would be able to download Android apps through a dedicated section in the Microsoft Store, powered by Amazon’s App Store. But after announcing the October 5 release date, Microsoft has suggested that the first builds will lack Android support.

The blog post is vague — which has been a trend with Microsoft throughout the Windows 11 preview period — but it implies that Android app support will come to Windows Insiders sometime after launch day. It could be several months after launch before Android apps are available in public builds, if not longer.

There are other reasons to jump aboard, including the updated user interface (U.I.) and broader support for Windows apps through the Microsoft store. Still, the main reason I wanted to upgrade was to use Android apps on Windows, and that won’t be available at launch. Amazon doesn’t run the best Android marketplace, either — it hosts fewer than a quarter of the apps as the Google Play store. I was hoping for Amazon’s store at launch and Google Play integration in a future update.

Naturally, getting thousands of apps designed for one OS to run on another isn’t an easy task. Chrome OS supports Android apps, too, and they don’t run well on there, despite both being owned by Google. Microsoft is likely in the process of optimizing apps to run on Windows 11 now, but the feature hasn’t even rolled out to Insiders. That’s not a good sign for support arriving soon.

Like any Windows transition, Windows 11 will live in the shadow of Windows 10 for a while. It’s still a new OS, so despite a decent Insider testing period, it will still arrive with bugs and annoyances. Microsoft likely wouldn’t dispute that. It’s almost impossible to get a stable OS running across hardware on the first try.

During my Insider time, a few small, annoying issues persisted between builds. Alt + Tab would randomly break, the Taskbar would sometimes assert itself above full-screen applications, and the individual settings menus would redirect back to the main settings screen. None of these problems broke the experience — and it was easy to work around them. However, they don’t make a strong argument for upgrading, especially since Windows 10 doesn’t have them.

Windows 10 is stable. It has minor issues here and there, but overall, it’s an OS that has had six years on the market to grow and stabilize. Moreover, whenever I encounter a problem with Windows 10, I can turn to a deep well of online resources to help me solve that problem. That well doesn’t exist for Windows 11 yet, and likely won’t until mid-2022.

Over the next year or two, most Windows users will stay on Windows 10. It’s the world’s most-used OS, and most people don’t know (or frankly care) about jumping on a new release. Because of that, developers will continue optimizing apps and drivers for Windows 10, so you shouldn’t see a major performance difference for a while.

That will change down the line, especially as features like Intel’s Thread Director become more common. Getting these features running and optimized takes time, however, and we likely won’t see wide adoption for a year or more.

Microsoft raised the bar significantly with the Windows 11 system requirements. As it stands now, you need an AMD or Intel processor (Qualcomm chips also work) from the last few generations, UEFI Secure Boot, and TPM 2.0 or later. Technically, Windows 11 only requires a 64-bit 1GHz dual-core processor, but still, only a select few are supported.

They’re only locked out for the official release, though. For the past several months, Microsoft has allowed users with unsupported hardware to download Windows 11 previews and updates without problems. Now that launch is coming, Microsoft is unceremoniously pushing those users back to Windows 10. Microsoft said this would happen, but it’s still not a great look.

In addition, Microsoft says users with unsupported hardware are free to download Windows 11 and install it manually (not through Windows Update). If you go this route, though, you’ll miss critical feature and security updates. It doesn’t make sense for the most secure version of Windows 11 to arbitrarily bar such essential patches just because a user doesn’t have recent hardware.

This point isn’t just about moral grandstanding — though that plays a role. I’m waiting to see how Microsoft responds once Windows 11 is available to the masses. On desktop and laptops, Windows accounts for somewhere around 80% of all OS installs depending on which statistic you look at. That’s a lot of computers, and I’d wager that the majority of them are using unsupported hardware.

As someone who likes to piece together machines from disparate parts and tinker with builds, Windows 10 will remain my go-to OS. Until unsupported hardware is reasonably old — we’re only talking about a few years, after all — Windows 11 will be a tough sell for anyone who builds their own PCs or doesn’t upgrade their computer every few years.

The transition to Windows 11 will be a slow process. Microsoft is releasing it on October 5, but it has been clear that the transition won’t be complete until mid-2022. Even after that’s done, a massive number of users who are either uninterested in computing or sitting on unsupported hardware will still use Windows 10.

Many of Windows 11’s most promising features will take time, too. The Direct Storage application programming interface (API), for example, will take a while to show up in video games. Similarly, the performance benefits for hybrid CPUs will apply to a small minority of users who are interested in the latest PC hardware (Intel Alder Lake still hasn’t launched).

I will eventually move to Windows 11, as will the majority of Windows PCs around the world. That will take a couple of years, though, and for right now, I’m content staying with Windows 10.