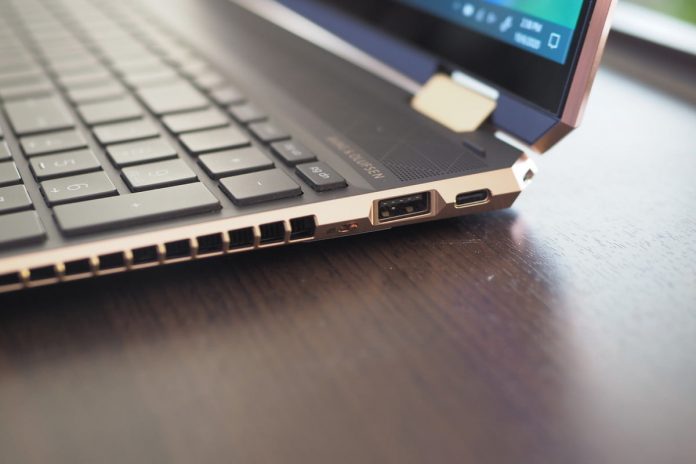 HP has not just one but two 15-inch convertibles, the Envy x360 15 and the Spectre x360 15, and while they share the same format, they’re very different laptops. HP has been aiming the Envy line at creators and the Spectre at discerning productivity users, and so choosing between them can be a challenge. We’ve taken the time to break down the differences to help you decide which is best for you.

Both of these 15-inch, 360-degree, convertible 2-in-1s are interesting laptops. They work perfectly well as a traditional clamshell, are awesome in media mode for bingeing Netflix, and tablet mode is great, thanks to the expansive screen — if you prop them up on a surface. Tent mode seems unwieldy, suspending such a large laptop on its edges, but it’s otherwise a size and style that adds real value to a 15-inch laptop.

Here’s our favorite and why.

Both the Envy x360 15 and Spectre x360 15 enjoy an all-aluminum chassis, with the biggest difference being that the Envy is made from stamped aluminum while the Spectre is a CNC machine from a single block of metal. That makes the Spectre x360 15 the more rigid 2-in-1, with zero bending, flexing, or twisting in the lid, keyboard deck, or bottom chassis. The Envy x360 15 is no slouch itself, with only a bit of keyboard flexing marring an otherwise very solid design. You can’t go wrong with either laptop in terms of the quality of its construction.

The Spectre x360 15 is by far the more complex aesthetically, however. It features the Spectre line’s gem-cut corners with the bottom of the lid and the back of the chassis chiseled at angles that add a bit of pizzazz, along with chamfered edges and hinges that are adorned with a contrasting color. You can purchase the Spectre x360 15 in Poseidon Blue and Nightfall Black, with either silver or copper accents. The Envy x360 15 is a much simpler design — minimalistic, in fact — with rounded edges and just enough angles to give it a distinctive look but not enough to make it stand out. It’s available in Nightfall Black, Natural Silver, or Ceramic White, depending on the CPU model, and in each case, that color scheme is broken up by a gold HP logo on the lid.

As far as we can tell, the two laptops share the same keyboard, meaning they enjoy one of the best you’ll find on a Windows 10 machine. It has plenty of travel with a snappy mechanism that provides a nice bounce in the bottoming action, creating a precise feel. The keycaps are nicely sized, and there’s great spacing, making for an overall comfortable feel for fast-touch typists. The Envy x360 15 has the power button on the keyboard rather than on the side like the Spectre x360 15, which is a matter of preference. The Spectre x360 15 has a switch to electronically turn off the webcam, while the Envy x360 15 has a key that activates a physical shutter — we prefer the electronic version because it hides the webcam completely from the system, but it seems HP is heading in the direction of the physical shutter.

The Envy x360 15’s touchpad is larger than the Spectre’s thinner, wider format. Both support Microsoft’s Precision Touchpad protocol, and so both provide responsive control over Windows 10’s multitouch gestures. Both 2-in-1s have responsive touch displays, and both support active pens with 4,096 levels of pressure sensitivity and tilt. The Envy narrowly wins out here, thanks to its larger touchpad.

Connectivity comes out in favor of the Spectre x360 15. Depending on the CPU, you get either two USB-C ports with Thunderbolt 4 or one USB-C with Thunderbolt 3 and one USB-C without. There’s also a USB-A port and a full-size HDMI 2.0 port to go with the 3.5mm audio jack. The Envy x360 15 has a single USB-C port (no Thunderbolt support), two USB-A ports, a full-size HDMI 2.0 port, and a 3.5mm audio jack. Both laptops have a microSD card reader, and both offer Wi-Fi 6 and Bluetooth 5.0 wireless connectivity.

We tested the Envy x360 15 with an AMD Ryzen 7 5700U, which excels at CPU-intensive tasks like video encoding and integrated Radeon graphics. The Envy is also available with an 11th-generation Core i5 or i7 CPU, which can be configured with integrated Intel Iris Xe graphics or the low-end, discrete Nvidia GeForce MX450 GPU. The Spectre x360 15 offers a range of CPU options as well, including a Core i7-1165G7 with Intel Iris Xe or GeForce MX330 and an H-series Intel CPU with the Nvidia GeForce GTX 1650 Ti with Max Q. We tested the Spectre with the Core i7-10750H and the GTX 1650 Ti.

If you need a laptop that pushes the CPU, again like video encoding or processing complex images, the Envy x360 15 is your better choice. It’s faster in our Handbrake test that encodes a 420MB video to H.265, finishing the test in 116 seconds compared to the Spectre x360 15 at 160 seconds. In Cinebench R23, another CPU-intensive benchmark, the Envy scored 1,258 in the single-core test and 8,131 in the multi-core test, compared to the Spectre at 1,102 and 5,492, respectively. In the Pugetbench benchmark that runs in Adobe Premiere Pro, the Spectre x360 15 benefitted from its discrete GPU in scoring 339 compared to the Envy x360 15 at 185.

Your results will differ based on the configuration you select, but if you want the faster 2-in-1 in HP’s stable, then the Envy x360 15 is for you. The one caveat is that if you want to do some light gaming, then the Spectre x360 15 with the GTX 1650 Ti is the right choice. Both 2-in-1s, though, are speedy in general productivity tasks, and so if you’re neither a creator nor a gamer, then either will more than suffice.

You can configure the Envy x360 15 with either a Full HD IPS display or a 4K AMOLED panel. We tested the Envy x360 15’s Full HD display and found it average across the board for premium laptops. Colors were good enough for productivity work at 71% of AdobeRGB and 95% of sRGB, with very good color accuracy at a DeltaE of 1.06 (1.0 or less is considered excellent). Brightness was a little on the low side at 270 nits (we prefer 300 nits or higher), and its contrast was 900:1, under our preferred threshold of 1,000:1. The Envy x360 15 is powerful enough for creative types, but the Full HD display doesn’t live up to that promise.

The Spectre x360 15 offers a choice between 4K IPS and 4K AMOLED displays. We tested the AMOLED version, and, as with all OLED displays we’ve tested, colors were extremely wide (98% of AdobeRGB and 100% of sRGB) and accurate (a DeltaE of 1.21), brightness was high at 426 nits, and the contrast was an inky-black 426,180:1. In our experience, the Spectre’s 4K IPS display would post comparable results to the Envy’s Full HD panel — good enough for productivity but not the best for creators.

Oddly enough, you can’t configure the Envy x360 15 with both the AMD processor and the AMOLED display, so you can’t have both the power and the colors, brightness, and contrast for high-end creative work. That’s a shame because such a choice would make the Envy the equivalent of the Spectre for creators.

As discussed, the Envy x360 15 and Spectre x360 15 are roughly the same size and weigh close to the same. They’re both large convertible 2-in-1s that will take up some space in your backpack, and you’ll know you’re carrying them around. But neither has an advantage.

Battery life is a bigger differentiator. The Envy comes with 51 watt-hours of battery life, but a Full HD IPS display, while the Spectre packs in 72 watt-hours but sports a power-hungry 4K AMOLED panel. Unsurprisingly, the Envy did much better in our battery tests. For example, in our web browsing benchmark, the Envy x360 15 lasted for just over 11 hours compared to the Spectre x360 15 at just over six hours. In our video looping test, the Envy made it to 13.65 hours while the Spectre barely hit 6.5 hours.

The Envy x360 15 is faster, gets better battery life, and is less expensive. However, all of that speed is a bit wasted with creators, who won’t be happy with the display option. The Spectre x360 15, on the other hand, is faster than the typical 2-in-1 and offers an AMOLED display that creators would die for. Because of that, it retains its spot at the top of HP’s 2-in-1 heap.