How to save your weapons and gear in Deathloop 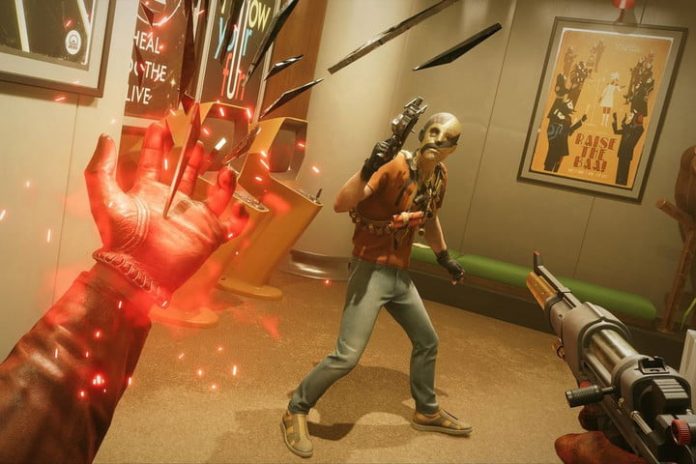 The best thing about a time loop is remembering what you did wrong and correcting your mistakes. The worst thing about a time loop is starting from scratch each time. Thankfully, in Deathloop, Colt can save his weapons, Trinkets, Slabs, and upgrades to stockpile an arsenal of Residuum Infused gear. He doesn’t stand a shot against the eight Visionaries of Blackreef if he’s got nothing but that rusty LIMP-10 from the beach.

Here’s how to save your weapons and gear between loops in Deathloop.

How does Infusion work in Deathloop?

Among the essential Deathloop tips and tricks is unlocking Infusion. You’ve seen these glowing objects scattered all over Blackreef and, if you haven’t unlocked Infusion, you can’t interact with them. These items contain Residuum, which, in a nutshell, is the unique material that powers the Time Loop. You’ll use Residuum to infuse Colt’s gear and carry it over between loops. So how do you unlock Infusion in Deathloop?

How to unlock Infusion in Deathloop

Before you can begin your Visionary killing spree, follow the main storyline until you unlock an Arsenal Lead called Ubiquity. This lead takes you to Wenjie’s lab at the Complex. Colt will learn a lot as he explores Wenjie’s lab, but he’ll have to be careful when trying to kill every Wenjie. Since there isn’t a “main Wenjie,” you can’t just run down to her quarters and kill her.

However, once you complete this mission, you’ll unlock Infusion, thus thrusting you into the actual game. Now you don’t have to worry about finding new weapons every loop. Weapon jamming also becomes a thing of the past, as the better tier weapons you’ll now find and infuse will never jam.

How does Residuum work in Deathloop?

Deathloop’s Residuum mechanic works similarly to Dark Souls’ bloodstain mechanic. However, Deathloop is more forgiving. When Colt dies (and rewinds), he’ll have to return to his body and reclaim the Residuum he was carrying. If he dies permanently and resets the loop, all that Residuum will be lost. He can die a second time and return to both bodies to pick up any Residuum he was carrying, so don’t be upset if you don’t make it back to your first death site.

How to infuse items in Deathloop

You’ll infuse items from inside Colt’s tunnel (between times of day) and when you return at night (before the loop resets). Residuum doesn’t carry over between loops, so make sure to spend what you have on any items you wish to keep. While in Colt’s tunnel, go to the loadout screen and select Infuse Gear.

Anything marked with an hourglass symbol will be lost when the loop resets unless you infuse it. Each item has a different Residuum cost based on rarity, with Slabs being the most expensive at 10,000 Residuum each. Thankfully, every fallen Visionary earns you 10,000 Residuum, so you can always infuse their Slabs when you pick up a new one.

Highlight the item you wish to Infuse and then hold X. You can also sacrifice items to harvest their Residuum. Since you can’t equip the same Character Trinket twice, it’s wise to sacrifice all your duplicates. Press L2 to arrange your menus by newest, effect, number, cost, or value. Arranging by newest puts items that require Infusion (marked by the hourglass) at the top. Arranging by number will make finding duplicates much easier.

How to get more Residuum in Deathloop

Visionaries are your main source of Residuum in Deathloop. They drop 10,000 Residuum when killed, but that increases to 11,500 when you equip the Golden Harvest Character Trinket, increasing your Residuum gains by 15%. In the beginning, make sure to kill Harriet every morning in Karl’s Bay. You’ll also earn upgrades for her Nexus Slab, which is the best Slab in the game.

Once you’ve learned about Charlie and Fia’s secret meetup spot, use it to gain 20,000 minimum Residuum and earn upgrades for the Shift and Havoc Slabs. While Havoc isn’t very useful, unlocking Charlie’s Shift Slab upgrades will make life easier in the end game.

Make sure to harvest every source of Residuum you come across while exploring Blackreef. You won’t be harvesting this way once you’ve amassed an arsenal. However, harvesting Residuum from glowing items is helpful in the early game.

If you accidentally sacrifice the wrong item, don’t worry. Deathloop has a built-in fail-safe. You have to confirm the sacrifice of all items by holding X on the Sacrifice X Items button in the bottom right of the screen. Press Circle to cancel the sacrifice and reset everything in the menu.