HomeNewsHow much storage do you need on your new iPhone 13? Here’s...
News

How much storage do you need on your new iPhone 13? Here’s how to decide 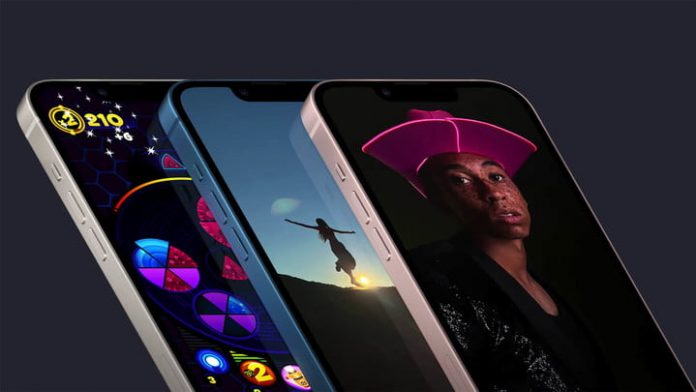 The new iPhone 13 and iPhone 13 Pro are open for pre-order, and Apple is again offering a selection of storage tiers. The company has shaken up its storage offerings, removing the anemic 64-gigabyte option and adding in a positively ostentatious 1 terabyte option. This means that if you want to get a new iPhone, you’ll need to pick between 128GB, 256GB, 512GB, or 1TB options. Bigger isn’t always better, nor is it always excessive. Only you know how you use your phone, but here’s a quick guide to help you pick which iPhone size is the best option for you.

All iPhone 13 models ship with 128GB as base storage, and that’s enough for a lot of people. Google’s Pixel lineup currently tops out at 128GB, and most smartphones sold currently offer 128GB of storage. With that much storage, you can hold around 3,368 apps at an average size of 33MB. It’s a huge number, and most people don’t need to have more than a few hundred on their phone at any given time (and that is pushing it). More to the point, you’ll have breathing room for your e-books, music, photos, and video.

You can hold around 35,000 photos from a 12-megapixel camera, as well as up to 45 hours of 1080p video using Apple’s HEVC format. That drops if you’re using 4K, but you’re not buying a 128GB phone to shoot excessive 4K video anyway.

Apple’s 256GB of storage is rather generous and should be the best choice for most people. App sizes will grow over the lifetime of your phone, and with Apple offering up to five years of support for your iPhone 13, there’s no harm in squeezing out as much life as you can from this device.

You’ll be able to hold around 70,000 photos from the iPhone 13’s 12MP camera or shoot up to 98 hours of HD video. It’s not too much storage that you’ll never use it up, but it’s not so little that you’ll have to consciously think about whether you want to delete this or that. It’s also the lowest storage option for the iPhone 13 Pro and iPhone 13 Pro Max that will support 4K ProRes video recording at 30 frames per second. It’s what Goldilocks would approve.

Alongside the already pretty large 512GB option, Apple introduced a new 1TB option for the iPhone 13 Pro and the iPhone 13 Pro Max. If you’re an average user, both storage options will be more than you’ll ever need. You could opt for one of these for peace of mind, but you’ll be better served spending your money on some cases and covers instead, and especially some MagSafe accessories.

On the other hand, there are people who may need this much space. Take the 1TB iPhone 13 Pro — if you’re into shooting 1080p video, for instance, you can hold around 500 hours of content on your smartphone before you run out of space. The number shrinks to 30 hours if you’re using 4K. That number will vary depending on the format you choose — whether HEVC, ProRes, or the basic MPW. If you’re more of a shutterbug, you can hold around 250,000 photos before you need to consider offloading. You can slash that number in half for a 512GB iPhone.

The 1TB option may be ostentatious, but if you’re into videography, it isn’t a terrible option to have. For everyone else, either the 256GB or 512GB options would be a better choice.

There are also software solutions for storage — Apple’s iCloud jumps to mind. For $120 a year (or $10 a month), you can grab a 2TB plan from Apple and store all your content in the cloud. It may be expensive, but you’ll save on having to pay less on an iPhone 13. Having a big iCloud storage bank is useful, especially for people who love to take a lot of photos.

You don’t even need to use iCloud if you don’t want to. Amazon Photos will take your photos for free if you’re a Prime subscriber, and Google Photos works well for Google One Subscribers. If you’re deep into the Microsoft ecosystem, a Microsoft 365 subscription paired with the OneDrive app for photo and video backup could alleviate the need for local storage. Last, but not least, we have a list of Google Photo alternatives that can be handy, and most of these have mobile apps.