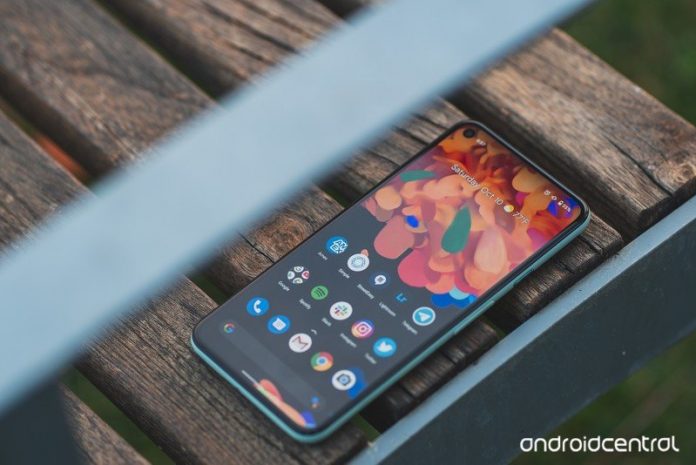 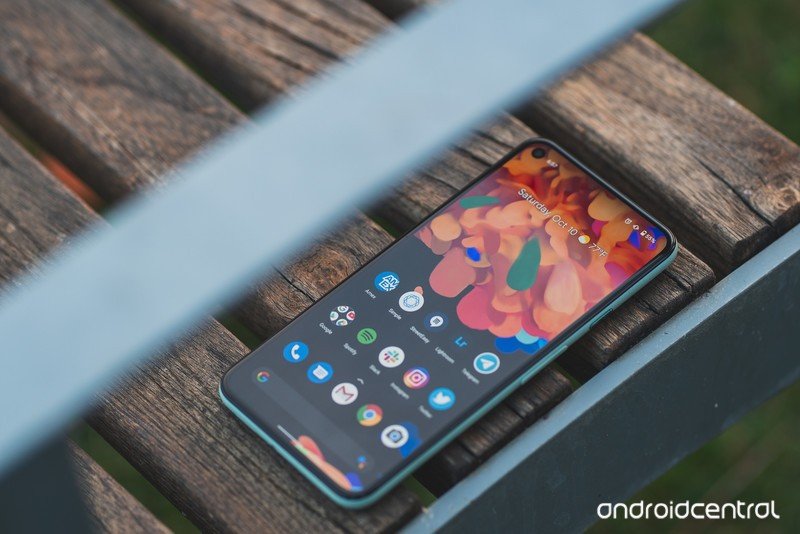 Google’s “Hold for Me” feature is now available in preview to some Pixel phone users in Canada.

Google appears to be expanding the availability of its unique feature that’s meant to sit through a call hold on your behalf. “Hold for Me” has been spotted in preview on some Google Pixel phones in Canada.

Some Pixel owners took to Reddit to report seeing the feature, which debuted last year in the U.S. alongside the Google Pixel 5 and Pixel 4a 5G. The capability, which is powered by Google Assistant, handles call holds so you don’t have to wait on the line until a real person returns to the call. This comes in handy if you are multitasking and need to call support from your power company, for example.

However, the feature is only available for calls to toll-free numbers. It uses Google’s Duplex technology to distinguish between a live human voice and a pre-recorded message. It can also recognize hold music, allowing Assistant to take over your call and display real-time captions on the screen. When a customer service representative is available to speak with you, Assistant will then send you a sound notification, vibrate your device, and display a prompt on your screen.

Because the feature is still in preview, its availability is limited for the time being. According to MobileSyrup, it currently only works with the Pixel 3 and 4a 5G. You may also need a Pixel phone running Android 12 beta and the latest beta version of the Google Phone app installed on your device. 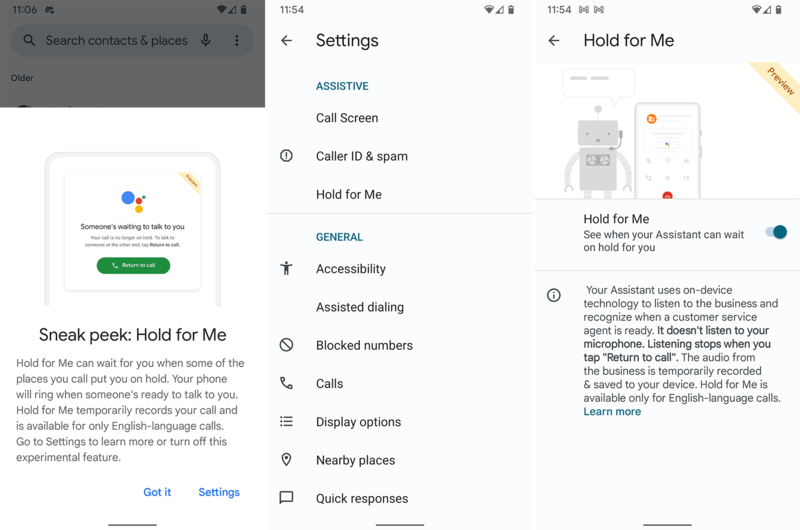 To use the feature, simply tap a pop-up on the Phone app if it’s available to you. Otherwise, go to the app’s three-dot menu and navigate to the settings section, where you’ll find the option to enable it.

That said, some users claimed via Reddit that they have the feature on their phones running Android 11. So, it appears Google is rolling out Hold for Me as a server-side update. The feature is expected to go live on some of the best Android phones including the Pixel 5a when it exits the preview phase.

The Google Pixel 5a is a low-cost smartphone with a long battery life, two excellent cameras, 5G connectivity, and a stunning display brightness, among other features. The phone will be among the first to receive the latest software updates from Google, including Android 12.