HomeNewsForget the iPhone 13 or Pixel 6, it's all about the Wendy's...
News 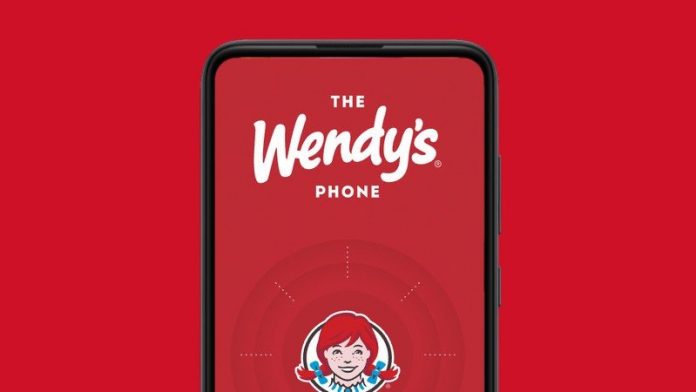 Following the iPhone 13 launch and leading up to the long-awaited Pixel 6, a new smartphone plans to take the world by storm, and it’s made by the one and only Wendy’s.

That’s right; Wendy’s has its own smartphone, the appropriately named “Wendy’s Phone.”

As part of a contest, Wendy’s is giving away this device to 20 lucky contestants between September 28 and October 17. To enter, you have to download the Wendy’s app, like and screenshot your favorite order, and post it online with “#WendysPhone” and “#Contest” included in the tweet.

For the chance to get yours, download the Wendy’s app, 💗 and screenshot your favourite Wendy’s order, then Tweet it out with #WendysPhone and #Contest. You can try again every day. Learn more about the phone here: https://t.co/sRHZ7UXUuFRules & Regs: https://t.co/8C1lzgZuM1 pic.twitter.com/MfVFMAgO0V

The smartphone appears to be a custom Android device with a 6.4-inch HD+ display, a triple camera setup, and a rear fingerprint sensor. Wendy’s was mum on any additional details of the device, but the cameras apparently have “more megapixels than the Baconator has bacon.”

Wendy’s wasn’t immediately available to provide us with any specs when we reached out, but it sounds like it falls roughly in the same league as some of the best budget Android phones. It also appears to be unlocked, so you can just stick any active SIM into it.

One of the more interesting features is the addition of a custom voice assistant which appears to answer to “Hey Wendy” and sounds just as snarky as the fast-food joint’s Twitter account. However, it’s unclear what Wendy’s is using for its assistant.

Just say “Hey, Wendy” and you can set an alarm, get directions, even ask Wendy to tell you a joke. And if she feels like it, she might even do it!

If you’re hoping to be one of the 20 to snag this hot commodity, well you’d better be in Canada because that’s where the contest is happening. Meanwhile, you can find out more about the contest and the phone at Wendy’s website.