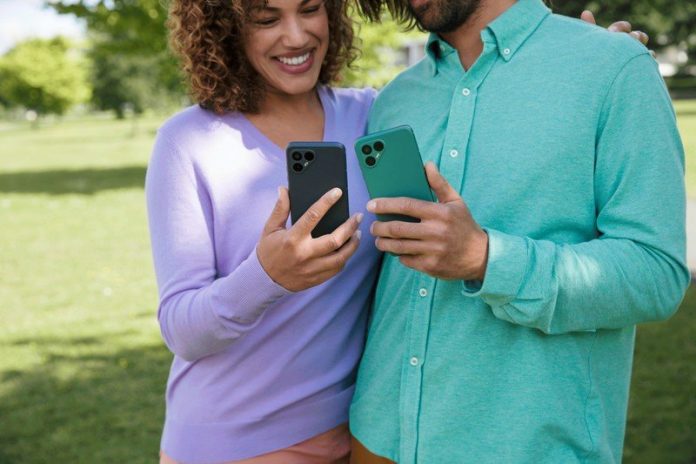 Fairphone 4 delivers much better hardware while staying true to its sustainable ideals. 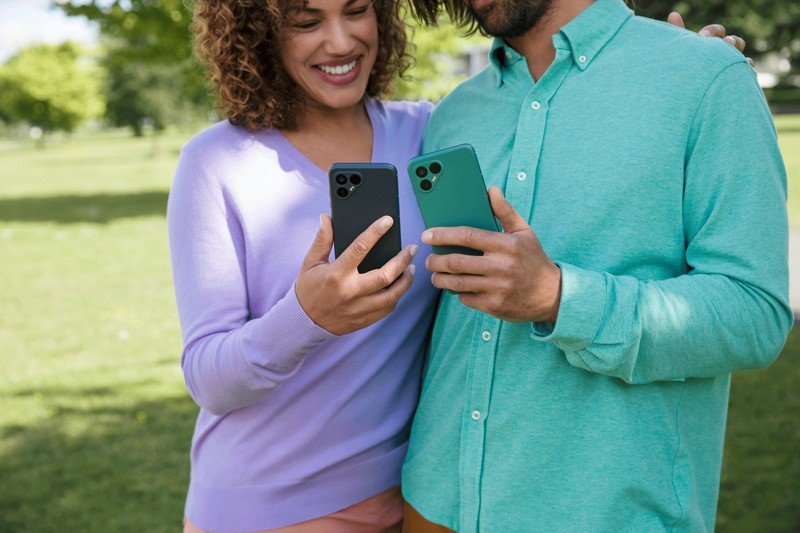 Fairphone isn’t like other phone brands. Most device manufacturers incentivize you to upgrade your phone after every two years; even if you’re using one of the best Android phones, lack of long-term software updates or battery issues means you will have to switch phones after a few years.

With 1.4 billion phones sold globally and just 15% of those devices recycled, the smartphone industry contributes to a gargantuan amount of e-waste. Fairphone’s mission is to promote sustainability and design phones meant to last a lot longer, and limiting e-waste by making it easier to extend a phone’s life. To that effect, its phones have removable batteries, internal components that can be easily switched out by users, and long-term updates that ensure its devices get the necessary software updates.

The Fairphone 3 launched two years ago featuring recycled and ethically-sourced materials, but for all that it had going on in terms of sustainability, it wasn’t a very good phone. The Snapdragon 632 chipset was underwhelming, the display quality was poor, and the battery didn’t last all that long. 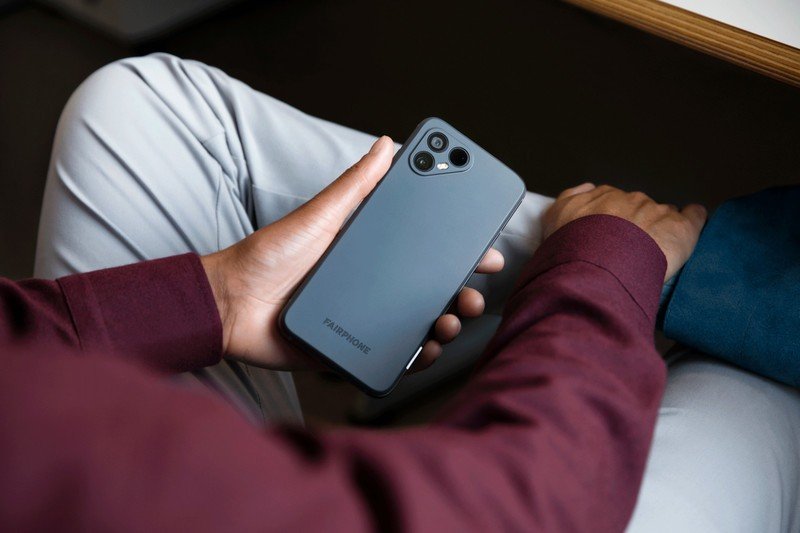 Fairphone is looking to fix all of those quibbles with its latest device while retaining the ideals that makes the brand stand out. The Fairphone 4 is the Dutch brand’s first 5G phone, and it comes with a lot of upgrades: it has a new design that’s built from the ground-up — including a back that made out of 100% post consumer recycled polycarbonate — powerful internal hardware, larger battery, and increased memory and storage.

Let’s start with sustainability. The Fairphone 4 features 14 materials that are sourced ethically, with the vibration motor made from fair-mined tungsten from Rwanda, the magnesium plate that goes behind the screen featuring 30% recycled magnesium alloy, fairtrade gold, aluminum from the Aluminium Stewardship Initiative (ASI) Performance Standard vendors, and recycled tin. The phone is the first e-waste neutral handset, with Fairphone recycling one phone for every unit of Fairphone 4 that’s sold.

As for the hardware itself, there are considerable upgrades across the board. The Fairphone 4 features a 6.3-inch Full HD+ panel with a Gorilla Glass 5 layer, Snapdragon 750G chipset with 5G connectivity, 6GB of RAM with 128GB of storage, or a high-end model with 8GB of RAM and 256GB of storage, and a 3905mAh battery that’s removable. There’s dual-SIM connectivity via an eSIM, NFC, and a side-mounted fingerprint sensor. 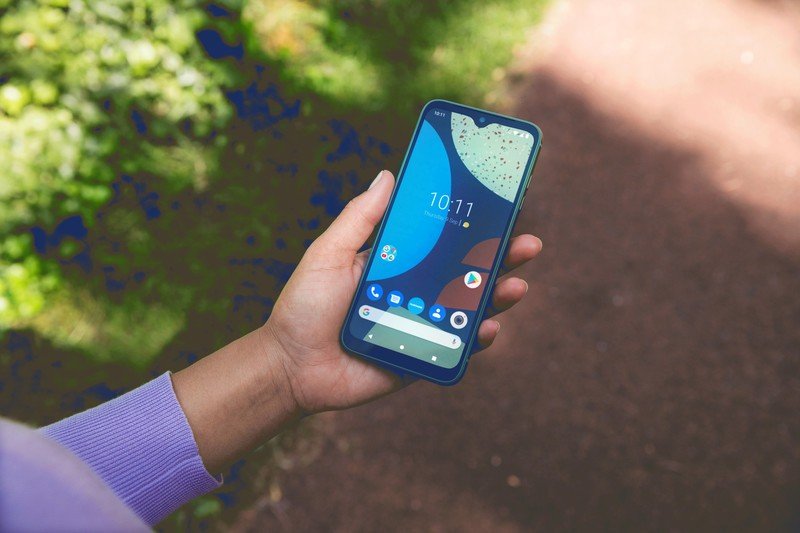 The phone connects over Sub-6 5G and has 12 5G bands that work with 19 carriers across Europe. There are eight antennae around the device for 5G connectivity, and you’ll also find 17 4G bands. Another new feature this year is IP54 water resistance; the Fairphone 4 is able to withstand dust ingress and splashing water. While it isn’t as robust as IP68, Fairphone says it made the decision to go with IP54 as it still allows customers the ability to change out internal hardware without damaging the seals necessary to retain the water resistance.

The design includes eight modular parts that can be switched out by users. Fairphone will sell the spare parts directly on its website, making it easier to change out the screen or battery should the need arise. Another positive change is the warranty; the Fairphone 4 comes with a 5-year warranty that’s above and beyond anything you’ll find today. The caveat is that the warranty doesn’t extend to the battery, but the rest of the hardware is covered. And when you’re ready to turn in your phone, Fairphone says it will provide a “fair market value” for the device.

As for that battery, Fairphone says it goes up to a 50% charge in just 30 minutes thanks to the Quick Charge 4.0 protocol. The device works with any USB PD charger that goes over 20W, and like its predecessors, it is removable. 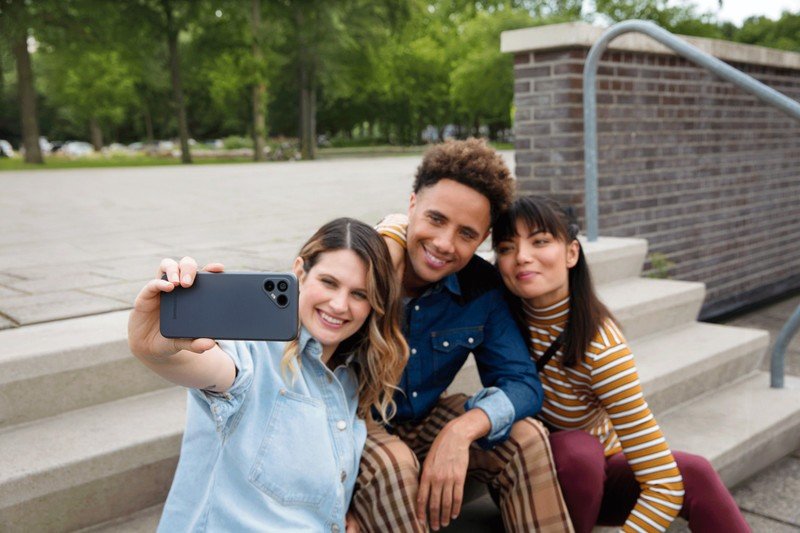 The Fairphone 4 also has big camera upgrades, offering a 48MP primary lens with image stabilization that’s joined by a 48MP wide-angle lens and a ToF module. There’s a 25MP camera up front in a cutout, and the brand is introducing custom filters to alter the look of your photos.

48MP main lens with stabilization and a 48MP wide-angle lens with a third ToF module. 25MP camera at the front. This time, there are unique filters — similar to what most brands offer.

On the software front, the Fairphone 4 runs Android 11 out of the box, and it will get the Android 12 and Android 13 updates in the coming years, as well as Android 14 and 15 down the line. The phone will get guaranteed software updates until 2025, and Fairphone says it will extend that to 2027 to deliver platform updates. It will also get monthly security updates for the first two years.

An omission this year is the 3.5mm jack. Fairphone says that the port is subject to water ingress and makes the design more vulnerable, so it removed the jack. That said, there is stereo sound.