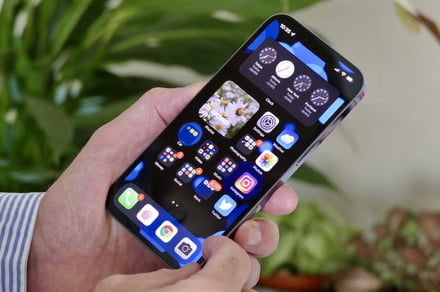 If you’re looking at getting yourself a new iPhone 13, you’ve probably been wondering if it’s all it’s cracked up to be and if Apple’s new MagSafe cases really can protect it.

Allstate Protection Plans is back again to find out. After having just recently given the Samsung Galaxy Z Fold 3 its own breakability test, it put the iPhone 13, iPhone 13 Pro, and the MagSafe cases through the wringer.  Unsurprisingly, due to the similar construction and materials of the iPhone 13 to those of the iPhone 12, it performed about the same as its predecessors except in one place — the iPhone 13 silicone and leather MagSafe cases.

Dropped caseless over a sidewalk from six feet in the facedown drop test, the iPhone 13 survived with minimal cracking on the first drop. Following the second drop, it sustained greater damage to the corners of the screen. In the back-down drop test without a case, the iPhone 13 suffered little to no damage until the third drop. Only then did it begin to show signs of cracking in the cameras. The Pro, however, shattered on its first back-down drop.

With one of the silicone MagSafe cases on, the iPhone 13 was able to be dropped three times back-down with only minor scuffing to its cameras, but cracked just the same on the face-down drop as it did without any casing. And in a leather MagSafe case, the Pro endured no damage after three drops back-down. Like the iPhone 13, however, when dropped face-down, the display was easily cracked as if it were caseless.

MagSafe cases were found to significantly reduce expensive fall damage to the iPhone 13 and 13 Pro in the back-down tests. To replace the back panel of the Pro could cost up to $550, so a MagSafe could definitely save you on repairs in the future if you don’t want to shell out for Apple Care+.