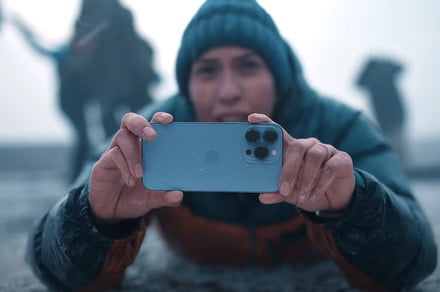 Now that the dust has just about settled following Apple’s big tech event on Tuesday, you may be wondering whether to upgrade your current iPhone to one of the new iPhone 13 models.

iPhone 12 owners are most likely to hold back — unless it means going from the 12 or 12 Mini to one of the new Pro models — while those with an older iPhone may be sorely tempted if they have the spare cash.

What we do know is that those counting the pennies will be steering well clear of the most expensive iPhone Apple has ever made, the iPhone 13 Pro Max with 1TB of storage.

To put it another way, you could get three of Apple’s brand new iPad Mini tablets for that price and still have $100 left over to buy yourself a massively overpriced ice cream.

Prior to the arrival of the 6.7-inch iPhone 13 Pro Max, Apple’s most expensive phones were the iPhone XS with 512GB and the iPhone 11 Pro Max with the same amount of storage, both of which launched with for $1,449 (the priciest iPhone 12 Pro Max cost $1,399 at launch).

The iPhone 13 Pro Max comes with a big price tag not only because of its features and physical size, but also because it has the most storage Apple has ever squeezed into one of its handsets — double that of previous iPhones that maxed out at 512GB and, for additional perspective, 996GB more than the lowest option offered with the first iPhone in 2007.

If you’re in the market for one of the new iPhones and need help choosing which one to go for, Digital Trends has put together a helpful buying guide highlighting the features and main differences between the new models, with prices starting at a more palatable $699 for the iPhone 13 Mini.

For more on everything else that Apple announced on Tuesday, this article has you covered.

This Dell gaming laptop just got a massive price cut, and we’re in shock