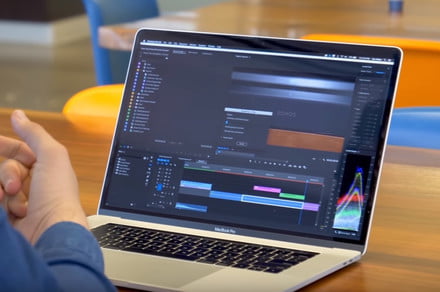 In January 2020, it emerged that Apple was working on a so-called Pro Mode for its Macs. While that never became an official MacOS feature, it looks like it could be making a return under the name High Power Mode.

According to 9to5Mac, MacOS Monterey beta 8 contains references to High Power Mode in its code. Unlike the Pro Mode leak, there are no details as to how exactly this would work. However, Pro Mode itself could give us some clues.

That’s because when it was discovered nestled inside MacOS Catalina 10.15.3 code, Pro Mode was accompanied by text explaining its expected effects. For instance, one line mentioned “Apps may run faster, but battery life may decrease and fan noise may increase.” There was also a mention of “Fan speed limit overridden.”

If High Power Mode is indeed a continuation of Pro Mode, we would expect a similar outcome. That should mean better performance across the board, at the expense of battery life and fan noise. With that last factor in mind, it will be interesting to see whether High Power Mode gets enabled on the MacBook Air, which since its switch to Apple Silicon no longer needs a fan at all.

The apparent addition of High Power Mode brings MacOS in line with Windows 10, which contains the rather dramatically named Ultimate Performance mode. This tweaks your system settings to ramp up CPU power management to 100% and disable sleep mode for your hard disks, among other things. Some PC laptop manufacturers offer similar tools through fine-grained fan control tools.

The High Power Mode leak comes at a good time for Mac users, as Apple is widely expected to launch revamped MacBook Pro models at an October event. These will likely come with an updated M1X chip, offering higher performance than the current M1 model. Then next year, a high-end iMac and half-sized Mac Pro are in the cards, both of which would likely benefit from High Power Mode.

That means if you’ve been looking for a way to eke every last drop of power from your Mac, there may not be long to wait. In fact, if you want to see the code for yourself, you can download the MacOS Monterey public beta right now.