HomeNewsApple Watch Series 7 Production Will Reportedly Ramp Up at End of...
News 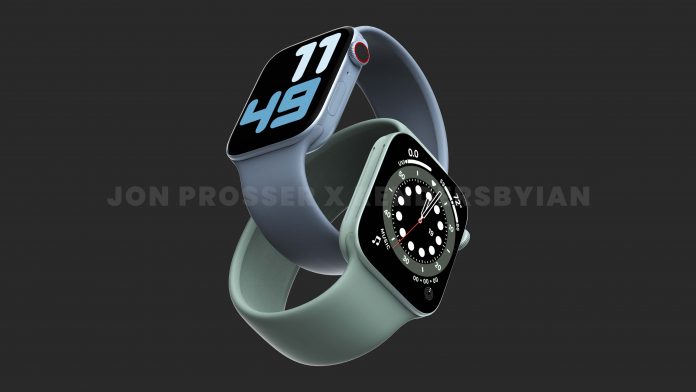 Following a report earlier this week from Nikkei Asia that claimed volume production of upcoming Apple Watch Series 7 models had been delayed due to manufacturing challenges, a new report has offered a more specific timeframe.

The manufacturing challenges are in large part due to the Apple Watch Series 7 having a new design, according to Nikkei Asia. The watch is expected to feature a new flat-edged casing based on information shared by Jon Prosser, host of the YouTube channel Front Page Tech, while Bloomberg’s Mark Gurman reported that Series 7 models will be available in larger 41mm and 45mm sizes, compared to 40mm and 44mm sizes for the Series 6.

Nikkei Asia’s report also claimed that the Apple Watch Series 7 will be able to measure blood pressure, but Gurman said this is not true.

In a separate report today, DigiTimes claimed that ongoing supply chain shortages will likely result in the rumored 14-inch and 16-inch MacBook Pro models with an Apple silicon chip and a mini-LED display being launched in October or November. The report cites sources who believe Apple’s fall 2021 product launches will likely follow a similar format as fall 2020, with multiple events spread across several months.

The Main Reasons Why Your Store Should Have A Website