HomeNewsApple iPhone 13 vs. iPhone 12: What are the big differences?
News

Apple iPhone 13 vs. iPhone 12: What are the big differences? 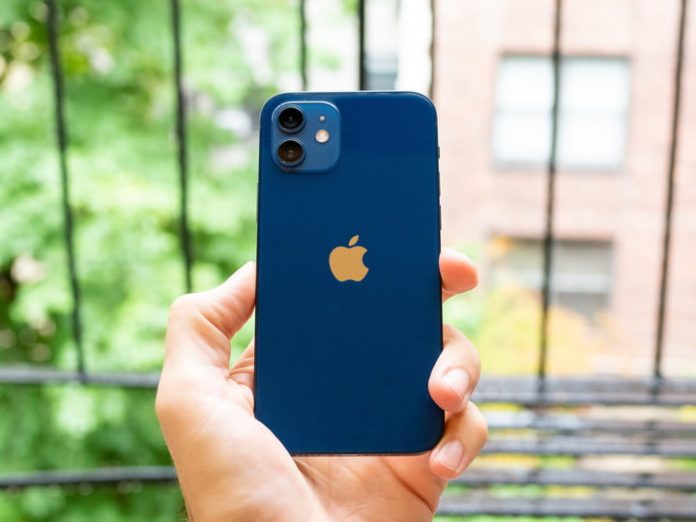 The iPhone 13 has been revealed at Apple’s California Streaming event, and as we’ve come to expect from Apple, it looks likely to be a magnificent smartphone. Top-tier processor power combines with a gorgeous design, a long-lasting battery, and one of the best smartphone camera systems in the world. The iPhone 13 is looking set to become the must buy smartphone of the year.

But those are all things we could, and probably did, say about the iPhone 12. Last year’s iPhone is still a stunner, with boatloads of processing power, a daylong battery, and an exceptional camera. Indeed, at a first glance you’d be forgiven for thinking these are the same phone. There are differences — but you probably want to know if they’re big enough differences to justify buying the new iPhone over the older one. Or, if you already have an iPhone 12, is it worth upgrading to the iPhone 13?

In terms of design, your first glance is correct — there are very few differences in design between these two phones. The slightly narrower notch on the iPhone 13 and the new configuration of the camera lenses are the only real changes, and that’s only one you can really notice when the two phones are side by side. Otherwise, they’re pretty much identical, with the same flat, iPhone 5-esque sides, great looking 6.1-inch Super Retina OLED display, and aluminum body.

Durability is the same too. Both have Ceramic Shield glass, and an IP68-rating for dust and water-resistance. Minor differences aside, these two models are absolutely neck-and-neck.

So the two phones are extremely similar in looks, but that’s not the case when we break the phones open and gaze at the shiny components inside. The iPhone 12’s A14 Bionic processor is no slouch, but the A15 Bionic processor is faster and more powerful. The iPhone 13 has also had a small bump in RAM to 6GB, and, perhaps most excitingly, Apple has removed the option for 64GB of storage. That means the iPhone 13’s storage options start at 128GB and now also include a 512GB variant, which is good news for snap-happy media lovers and app downloaders of all stripes.

Charging capabilities on both phones are still the same, with 20W fast wired charging, and MagSafe wireless charging also included. But the iPhone 13 has another advantage here. Apple claims it’s boosted the iPhone 13’s battery power, and while we’ll have to wait for the teardowns to confirm how much larger it is, it seems likely the iPhone 13 will have an even longer battery life than the iPhone 12’s all-day lifespan.

It has a strong processor, more RAM, more storage options, and a potentially longer-lasting battery. It’s a slam dunk for the newer iPhone.

Specs-wise there haven’t been manu changes between the two phones, and that’s for good reason. The iPhone 12’s dual-lens 12MP setup is excellent, and provides great shots. So really, Apple didn’t really need to make very many hardware changes to keep the iPhone 13’s level of quality up. Sure, an additional lens might have been welcome, but we’ll probably have to wait until next year’s iPhone before that change is made.

But there are larger changes within the software. The new A15 processor within the iPhone 13 powers a host of new and exciting features, including the new Cinematic Mode that gives you the ability to shoot Hollywood-like movies, and a range of new Photographic Styles too. It’s a small change, but we’re going to give it to the iPhone 13 on these.

The iPhone 12 runs iOS 14, while the iPhone 13 will launch with iOS 15. Does that mean the iPhone 13 wins? Absolutely not. The iPhone 12 will get an upgrade to iOS 15 on the day the new operating system launches, and thanks to Apple’s stellar upgrade record, it’s likely to get operating system updates for an awfully long time. As an example, the iPhone 6S launched in 2015, and will be updated to iOS 15 when the new update launches. That’s six years of support so far, and no end in sight. Rest assured that regardless of which iPhone you buy, you’ll be getting updates for a long time. That makes this round a strong tie.

Apple has never been one to shovel special features into its phones — it’s certainly no Samsung. But despite that, both of these phones have more than enough special features to get by on. Both have 5G compatability, granting access to the new generation of super-fast cell data. You’ll also find Apple’s cool augmented reality features like Memoji and Animoji, and both obvious have Apple’s digital assistant, Siri, built in too. There’s not really much to separate the two, so this is another tie.

Pre-orders for the Apple iPhone 13 open on September 17, and the phone will ship on September 24. It will be available on pretty much every carrier out there. The same is true for the iPhone, 12, though it is currently available for purchase. The iPhone 13 will start from $799, while the iPhone 12 will cost you $100 less at $699.

It’s not hard to see why the iPhone 13 has won this matchup. A strong processor, larger battery, more capable camera software, and even more storage means it’s a pretty clear win for Apple’s newest iPhone. Sure, the differences aren’t huge, but if you’re eyeing up a new iPhone, then pick the iPhone 13 over the iPhone 12. It’s an extra $100, but that extra gets you twice the storage and a stronger processor, so it’s definitely worth it.

Already using the iPhone 12 and wondering if it’s worth upgrading to the iPhone 13? Well, we’d say to hold fire this time. Apple hasn’t enormously changed the iPhone formula with the iPhone 13, and most of what Apple’s newest device can do, your current iPhone can do too. The faster processor isn’t a big enough deal to bother with an upgrade, and the iPhone 12’s camera is still excellent. Instead, hold off until next year and see what the 2022 iPhone has to offer.