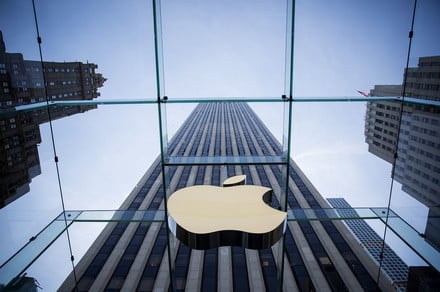 Apparently, there’s no better time than the launch of a new iPhone to be an Apple investor. JPMorgan is expecting Apple’s iPhone 13 announcement and subsequent sales to help Apple break records during its 2022 fiscal year.

According to Counterpoint Research, iPhone 12 series sales crossed the 100 million mark within seven months of launch. Most notably, it did so two months faster than the iPhone 11 series. Current market research trends show a huge boost to the iPhone 12 series, and it’s safe to say that these current demands will translate to Apple’s latest model. For the week of August 28, iPhone 13 searches in Australia and Ireland soared 40 percent according to research done by Burga.

According to Samik Chatterjee, JPMorgan analyst, Apple enthusiasts will continue to drive strong sales. “In our view, Apple has already guided to [fiscal fourth quarter] quite conservatively,” Chatterjee said in a statement to investors seen by Apple Insider. “We think it can still meet its conservative guidance based on existing momentum on iPhone 12 sales, as well as momentum in Mac and iPad sales, and a normal shipping timeline toward late September will imply upside

Chatterjee also noted that the easing of COVID-19 restrictions across the globe could potentially slow down Apple’s sales growth, and there were already rumors surrounding potential shipping delays due to supply chain shortages and pandemic delays. Currently, growth stands at 30%, which in the long term is unsustainable. This also comes in conjunction with Apple’s most recent lawsuit regarding in-app purchases, which could potentially harm the company’s bottom line if it isn’t allowed to take its traditional cut and consumers are allowed to pay with alternate methods, though this concern has been tempered by Morgan Stanley analyst Katy Huberty, who says that the impact will be 2% even in a worst-case scenario.

Aside from the iPhone 13, we’re also expecting to see the AirPods 3 and Apple Watch Series 7. Plenty of rumors have already come up revealing specs, design, and features of the devices that are set to be announced, so all that’s left is to watch the “California Streaming” livestream at 10 a.m. PT/1 p.m. ET on Tuesday, September 14 .

Facebook
Twitter
Pinterest
WhatsApp
Previous articleT-Mobile and Metro by T-Mobile are coming to 2,300 Walmart retail locations
Next articleApple Watch Series 7 will launch with iPhone 13 after all, analyst says
- Advertisment -