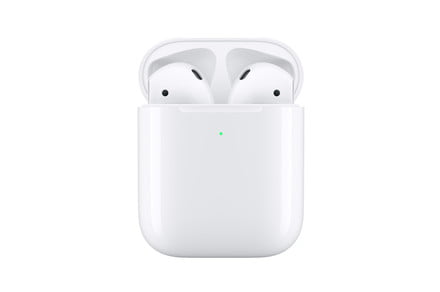 Apple will be announcing its third and latest generation of AirPods during tomorrow’s California Streaming event, which will also see the launch of the iPhone 13, according to Ming-Chi Kuo, a Taiwanese tech analyst. You’ll be able to watch the event live starting at 10 a.m. PT/1 p.m. ET on Tuesday, September 14, on Apple-TV compatible devices and YouTube.

Last updated March 2019, the AirPods 2 have been woefully due for an upgrade. Interestingly enough, Apple is reportedly going to continue to keep the AirPods 2 on the market. This could mean one of two things: The AirPods 2 could potentially drop in price alongside this announcement offering a more budget-friendly true wireless earbud option for iPhone users or the upcoming AirPods 3 could be sold at a higher price point. To put it in perspective, the AirPods 2 with the charging case will currently set you back $159, which is competitive with some of the nicer options you get from Jabra and Samsung.

Rumors about the AirPods 3 have been rampant in recent months. Most notably, the new AirPods are not expected to feature noise-canceling. While we would have loved to have seen that feature on this model, Apple will most likely keep noise-canceling an exclusive feature of the AirPods Pro and Airpods Max lines, at least for the foreseeable future.

According to Bloomberg, the AirPods 3 may have a shorter stem for a more comfortable ear fit, similar to the AirPods Pro.  They may also come with fitness-tracking sensors for a more customized fitness experience that also ties into the Apple Watch, which is also expected to get a new model, the Series 7, at the event.

We’ll be covering “California Streaming” in detail, so be sure to keep an eye on what gets announced on September 14.