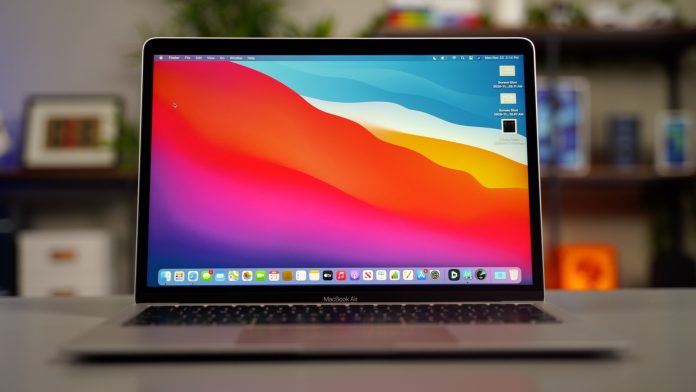 Apple is facing a new class-action lawsuit in the United States that accuses it of false or deceptive marketing for the M1-powered MacBook Pro and MacBook Air, fraudulent business practices, misconduct in customer support, and violation of consumer law.

The lawsuit, filed this week in the Northern District of California, represents Apple customers across the United States who have faced hardware defects in their M1 MacBook Pro and ‌MacBook Air‌.

Over the last several months, a significant number of customers have reported that the displays on their new Apple silicon MacBooks have suddenly cracked or displayed black horizontal and vertical lines, making them unusable. As the lawsuit alleges, those customers said that the cracks and malfunctions were caused by a hardware defect rather than by the user themselves.

While addressing those complaints, the lawsuit attempts to cast a larger shadow over Apple’s “deceptive marketing” and “fraudulent” business practices. The lawsuit accuses the Cupertino tech giant of falsely advertising the 13-inch displays in the MacBook Pro and ‌MacBook Air‌ as “premium [in] quality, reliability, and durability,” despite Apple allegedly knowing the opposite.

Apple is accused in the lawsuit of purposely deceiving customers by extolling the quality of the displays in the MacBook Pro and ‌MacBook Air‌. According to the case, Apple engaged in fraudulent business practices since its “rigorous testing” of the displays before their release should have made the alleged defect apparent. Despite that, the company continued to release the product.

Despite this knowledge, [Apple] failed to disclose and actively concealed the Screen Defect from…the public, and continued to market and advertise the [laptops] as state-of-the-art premium and durable laptops when in fact normal operation…often results in catastrophic damage, rendering the devices unusable.

“To ensure durability, we assessed the 13-inch ‌MacBook Air‌ in our Reliability Testing Lab, using rigorous testing methods that simulate customers’ experiences,” the lawsuit quotes Apple as saying as further documentation that the company was aware of the defect. The company was “reckless” in its failure to identify the weakness, the suit notes.

The lawsuit cites one customer who was quoted $480 for replacing the display in their damaged ‌MacBook Air‌, while another customer was told it would cost $615. In numerous other cases, according to the suit, Apple refused to repair the displays under warranty since the company claimed they were caused by the user and considered accidental breakage.

In some cases, leaving debris between the MacBook and its lid may cause damage; however, the lawsuit states no customer had done so and that the widespread nature of the defect further proves it’s a manufacturing defect rather than anything else.

The lawsuit highlights a valid point. For customers, regardless of whether repairs were paid for out-of-pocket or not, the replaced display unit would also, in theory, be defective. As a result, the suit accuses Apple of further business misconduct by placing users in a never-ending loop of faulty displays, leading to costly repairs and then “equally defective replacements.”

As a result of Apple’s misconduct, [customers] were harmed and suffered actual damages, including that the Class Laptops contain defective screens, have manifested and continue to manifest the Screen Defect, and that Apple has not provided a remedy for the Screen Defect. [Customers] have also incurred, and will continue to incur, out-of-pocket unreimbursed costs and expenses related to the Screen Defect.

In its current form, the suit is not requesting damages or monetary compensation from Apple. Instead, it’s asking that Apple reverse its “false marketing” of the quality and reliability of its MacBook displays, as outlined above, and that it “correct, repair, replace or otherwise rectify [its] unlawful, unfair, false and/or deceptive practices.”

The suit provides Apple 30 days, as of August 30, to address the customers and the alleged screen defect. Once the 30 days have elapsed, with no action from Apple, the suit, representing Apple customers and others involved, will move forward to seek damages from the company.

The specific amount of damages the suit is seeking will be identified later during the requested jury trial. Though, the collective monetary damages from Apple customers who experienced the aforementioned screen defect is more than $5 million, excluding ill-gotten earnings and punitive damages caused by Apple’s “deceptive practices.”

How to use Philips Hue lights with geofencing

Favo! is a casual puzzler with high replay value