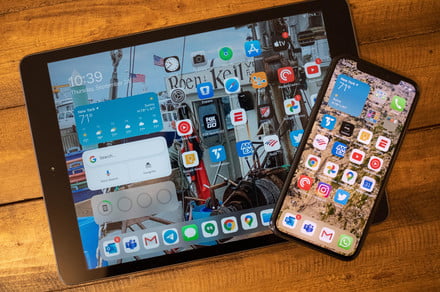 If you’re looking for an 8th-generation iPad, you may want to hold off. Apple is currently low on stock, with shoppers in the U.S., the U.K., and other Apple Store regions experiencing weeklong shipping delays and few options for pickup at stores.

Bloomberg’s Mark Gurman notes that Apple employees are requested “not to speculate” why these delays are happening, but the potential launch of the 9th-generation iPad at the upcoming “California Streaming” event is a likely factor.

The entry level iPad is showing “currently unavailable” and/or shipping delays into October. Apple tells retail employees not to speculate why to consumers. Any guesses why? JK. New ones are coming soon- thinner/faster etc. https://t.co/btCgvwDLbe pic.twitter.com/A1cpGHw1jo

Apple is expected to be replacing the 8th-generation iPad with a slimmer and lighter one in just a matter of weeks. The 9th-generation iPad is rumored to have the same overall look as last year’s model, albeit with a slimmer design and a more powerful processor. It is reported to keep the iconic Touch ID home buttons and Lightning port rather than USB-C, but it’ll also see a RAM boost for better performance. For those wanting to buy an iPad as a light entertainment or productivity machine, this is going to be a great and inexpensive option.

Other than the renewed iPad, an iPad Mini 6 is also rumored to be on the way. This is expected to be built like a smaller iPad Air and have more modern specs and design, with slimmer bezels for a larger display surface. Apple was expected to introduce a new iPad Air earlier in the year but reports now place it as part of a side-by-side launch with the larger iPad. Other than these design changes, Apple is expected to add an A15 processor, USB-type C, Touch ID in the power button, and other changes.

As for a potential launch date, Apple is hosting its “California Streaming” event at 10 a.m. PT on Tuesday, September 14. The company is expected to focus on the new iPhone 12, as well as new AirPods and the Apple Watch Series 7, but there is a chance that the iPad may also make an appearance. If it doesn’t make an appearance, the company may launch it at a later iPad-focused event in October.