HomeNewsAMD is working on a graphics card that would beat Nvidia’s RTX...
News 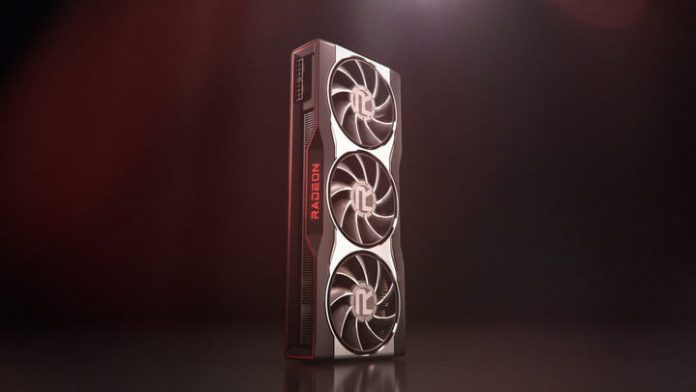 A new leak suggests that AMD may have a new graphics card in the works — and it just might be more powerful than Nvidia’s GeForce RTX 3090. The rumored AMD Radeon RX 6900 XTX is said to be AMD’s fastest Big Navi 21-based card, featuring improvements both in terms of memory and clock speeds. This information was shared on Twitter in the form of a slide that contains additional information about the card.

The AMD Radeon RX 6900 XT, the manufacturer’s current top powerhouse, comes in two variants: One with a Navi 21 XT GPU, and one discarded with a Navi 21 XTXH. Regardless of the Navi GPU used, both of these graphics cards are referred to as Radeon RX 6900 XT. According to a new leak posted on Twitter by CyberPunkCat, If the leak proves to be true, AMD’s latest creation, the Radeon RX 6900 XTX, would be the third variant of this GPU. The leak suggests that AMD is working to utilize the Navi 21 XTXH and then equip it with faster memory and higher clock speeds. This would allow the card to rival, and even surpass, Nvidia’s GeForce RTX 3090.

We can also expect to see a change in memory. Rumors suggest that the RX 6900 XTX is going to feature 18Gbps memory dies, providing a noticeable upgrade over the current 16 Gbps G6 chips. While the card is likely to still offer 16GB of GDDR6 memory, its bandwidth is said to be 12.5% higher at 576 GB/s.

It’s likely that a card with this kind of power is going to consume a lot of it, too. For reference, the existing Navi 21 XT GPU has a TBP of 300 watts, and this card is a definite step up. As such, it’s possible that the RX 6900 XTX is going to have a TBP of around 350W.

Releasing this GPU could put AMD at the very top of the list of the best graphics cards currently on the market. It would not only beat AMD’s own previous top card, but it would also dethrone Nvidia’s GeForce RTX 3090, which the RX 6900 XT is already on par with. However, it’s uncertain whether the Radeon RX 6900 XTX is going to be released on the consumer market.

Although the slide suggests a wider release due to the included “Expanding the AMD RDNA Family” quote, it’s possible that AMD may only distribute it to its PC and manufacturer business partners. Given the rumors that Nvidia might be working on the successor to the RTX 3090, releasing AMD Radeon RX 6900 XTX could be a smart move for the manufacturer.

Two weeks with the Pixel 6 and Pixel 6 Pro