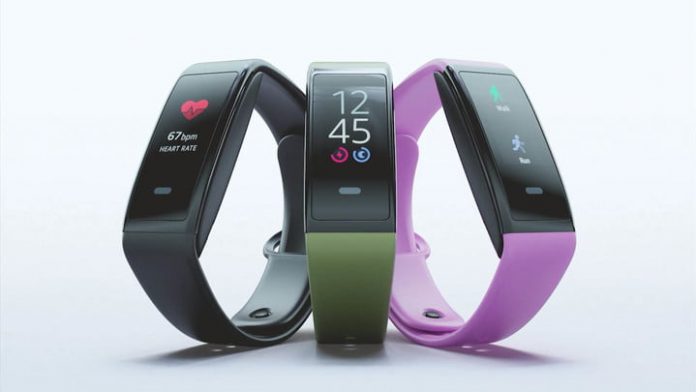 As a part of the Amazon fall event hosted by the tech giant earlier today, Amazon has announced a new-generation Halo View.

The new iteration of Amazon’s wearable fitness tracker features a plethora of upgrades, namelyan integrated AMOLED touchscreen that shows the user tracking features such as heart rate, intensive workout tracking, and time. The Halo will also monitor sleep tracking and blood oxygen levels, as well as show notifications on the screen. It also has waterproofing for optimized fitness use.

Similar aesthetically to the Fitbit Chargerline, its price point is cheaper than Fitbit and the original Halo Watch at $80. While it’s only been announced in three colors so far, consumers can expect a host of other colors for the silicone wristbands, plus leather and metallic options, in the future.

In conjunction with the wearable, Amazon also announced a series of apps that will work with the device’s tracking features to boost health benefits. Amazon also announced Halo Fitness, which will include studio workouts that coincide with the workout tracking. Users can also expect Halo Nutrition to drop sometime in early 2022. Similar to Halo Fitness, Halo Nutrition will help monitor the user’s nutrition in conjunction with Fitness to ensure that on top of a healthy activity level, the user’s nutrition is monitored to boost health benefits.

It’s also important to note that the Halo View will require a Halo subscription program in order to function at its full capability. Without it, users can expect to record activity sessions, steps, heart rate, and calories burned. More in-depth analysis of movement score, body composition, and sleep scoring will require the subscription. Amazon also announced that with the purchase of a Halo View, consumers will receive a six-month Halo subscription for free. After that, according to the Halo Watch page, the subscription is $4 monthly.

Announced last year, the first iteration of the Halo Watch focused on targeting health and fitness goals without a touchscreen, and retailed for $99. The new model is expected to release in time for the holidays at the aforementioned, more affordable $80 price point.

Facebook
Twitter
Pinterest
WhatsApp
Previous articleIt turns out the iPhone 12 Pro is the iPhone 13 Pro’s toughest camera rival
Next articleAMD CEO has good news about the chip shortage, but you still can’t buy a GPU
- Advertisment -