HomeNewsWhy is Instagram flooded with ‘nah he tweakin’ comments?
News 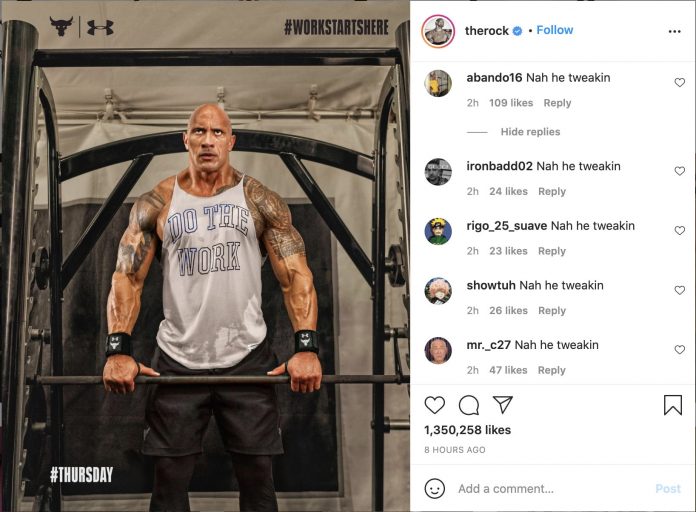 Go to any high-follower account on Instagram and look at its latest post. You’ll see a dozen, or perhaps hundreds, of different accounts posting “nah he tweakin” all the way down the thread.

The whole thing kicked off Wednesday night. Initial reports suggested it could be a coordinated bot attack. But that’s a bit of a stretch, as it’s not exactly clear what this could do for a bot leader — and it’d require considerable resources to run this many accounts, which certainly isn’t free.

Further probing reveals it appears to have started after rapper Lil Nas X commented “Nah he tweakin” on Rap’s Instagram post about news that Tony Hawk is selling skateboards infused with his blood (Hawk’s, not Lil Nas X’s).

Hours earlier, Lil Nas X hit Twitter to express his annoyance at the lack of any apparent outrage over Hawk’s bloody $500 skateboards, especially considering the flak the rapper took earlier in the year when he launched a pair of sneakers infused with his own blood.

More likely, then, this is one of those unique moments when a relatively insignificant occurrence suddenly takes off and runs away with itself to become the social phenomenon of the moment. Reports suggest it’s already reached Twitter and Reddit, too. Will it be gone by the morning? Or is this set to run through the weekend and beyond? Watch it and wait … or just go do something else instead.