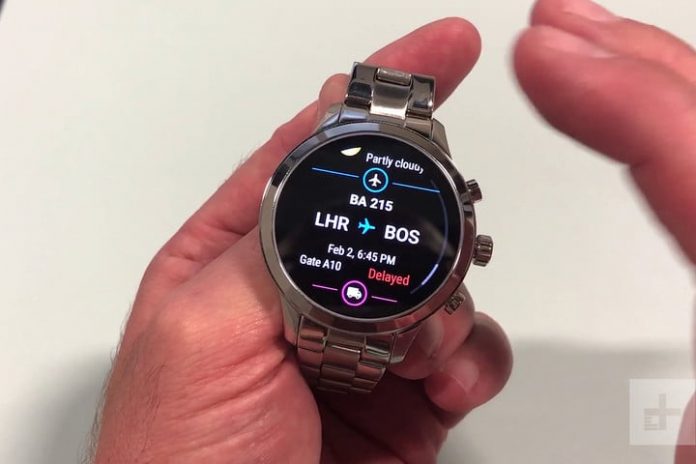 Fossil this week unveiled its next-generation smartwatch lineup, called the Fossil Gen 6. While fans were excited for the launch, the company revealed that the much-anticipated Fossil Gen 6 will be launched with Wear OS 2 rather than the new Wear OS 3 seen on the latest Samsung Galaxy Watch 4 Classic and Watch 4. This is a surprising and disappointing revelation about the new hardware.

Users eager for the OS 3 update will have to wait till 2022, when it will be available after a full factory rese is performed, which is something we haven’t typically seen required for an OS update. The Gen 6 will also be one of the first devices to have the Qualcomm Snapdragon Wear 4100 Plus Platform, unlike the new Galaxy Watches, which use the Exynos W920 processor. The company says the new chipset will offer a 30% performance boost compared to Gen 5 devices and more efficient power consumption.

A notable addition is the SpO2 sensor, which monitors blood oxygen levels with an “upgraded heart rate sensor to allow continuous tracking and improved signal accuracy.” The Gen 6, like its predecessor (the Fossil Gen 5), offers a microphone and speaker functionality for Android and iOS, so you can take calls and use Google Assistant on the go. The Gen 6 also lets you access the Google Play Store to download Google-based apps like Google Pay. You can also download third-party apps like Spotify, which recently started supporting offline playback for Wear smartwatches. This could be a key feature for runners and music lovers who enjoy working with custom playlists.

Along with the Gen 6’s upgraded features, users can enjoy 8GB of storage and 1GB of RAM with super-optimized battery life (up to 24 hours) for an improved experience that will likely be boosted by the aforementioned Snapdragon Wear 4100+ improvements. It is said to charge twice as fast, “reaching 80% in only a little more than 30 minutes of charging.” The company says this feature is helpful for tracking your sleep, as users can have a fully charged device ready within minutes of waking up after a full night’s use.

The Fossil Gen 6 features a 1.28-inch, AMOLED touchscreen display with 3 ATM water-resistance, making it safe to use when swimming. The Gen 6 comes in two sizes: A 44mm case offering a choice of four colors and a 42mm case offering three colors for added variety and style options. Users also have the option to customize dials and buttons for a more personalized look.

The Gen 6 is priced starting at $299 for the 42mm model and $319 for the 44mm model, which seems to be consistent with Gen 5 and other Wear smartwatch prices. You can pre-order the Gen 6 on Fossil’s official website, and the company says your order will ship around the end of September if you order now.