HomeNewsThe best VPNs you can get for Mac
News

The best VPNs you can get for Mac 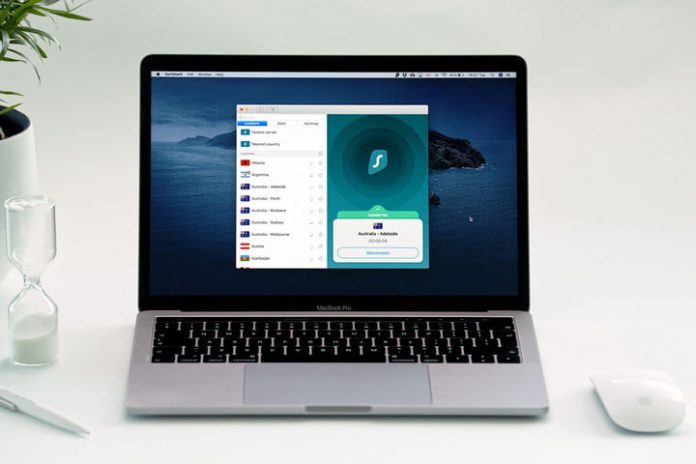 If you care about internet privacy, a VPN is an important component in keeping you safe online. A virtual private network (VPN) ensures that you remain anonymous online and stops your internet provider, or more malicious entities, from tracking your internet activity.

That alone gives you plenty of reason to get a VPN, but there are other benefits as well, such as accessing region locked content. However, choosing a VPN isn’t always as straightforward as the overall need for one. Many VPN services come with different features and costs, so which one is best for you and your Mac?

The best VPNs for Mac at a glance

Why should you buy this? It’s affordable and extremely simple to use.

Who’s it for? People on a budget or those with lots of devices.

Why we picked Surfshark:

Surfshark is a straightforward and affordable VPN for people looking for something super simple. It isn’t as robust as some of the other options on this list, but the VPN more than makes up for that with its low price and solid speed across the board.

While many VPNs limit you to a certain number of devices, Surfshark gives users unlimited devices in its subscription plan. That’s huge if you own a ton of devices in your household. Surfshark also has a no-log policy, so your internet activity is never logged. Furthering their security features is the Kill Switch, which stops your data from being exposed even if the VPN connection goes down.

This and other security and privacy features are what make Surfshark an incredible option for most people. The price is hard to beat, too.

Why should you buy this? It’s the best VPN around by far.

Who’s it for? Those who are looking for plenty of security features and great customer service.

Why we picked Express VPN:

ExpressVPN tops many VPN lists, and there are plenty of good reasons for that. At $12.95 a month, it certainly isn’t the cheapest option, but for that price, buyers get one of the fastest VPNs on the market and a solid customer support service.

ExpressVPN is supported across five devices, which is a little limited, especially compared to Surfshark’s unlimited devices. However, the service does have a dedicated router app, which is a great workaround to get all the devices on your network connected to the VPN.

With over 3,000 servers in almost 100 countries, ExpressVPN is an excellent option for those looking for the speediest private connection possible.

Why should you buy this? NordVPN has a lot of excellent features, a browser extension, and a great price.

Who’s it for? Anyone looking for a VPN that balances performance and value.

Why we picked NordVPN:

NordVPN is probably the most well-known VPN out there, thanks in no small part to its massive marketing efforts and partnerships with popular influencers. However, marketing aside, NordVPN is also an excellent VPN in its own right.

It has the same support for standard VPN protocols, no activity logs, and support for multiple devices (up to six). NordVPN also has some other excellent security features like multi-factor authentication, a dedicated IP as well as IP masking, and browser extensions. That last one in particular is a great option for Chromebook users or anyone who doesn’t want to take up precious hard drive space.

You’ve probably heard of NordVPN already, but now you know it’s certainly worth the money and you can get a crazy good deal on it right now.

Why should you buy this? It’s insanely affordable and trustworthy.

Who’s it for? People who value transparency from VPNs.

Why we picked TunnelBear:

Lower-end VPN services have a tough a shady reputation, particularly when it comes to activity logs. That can make it hard for a new VPN to make a name for itself, but TunnelBear stands out above all the rest thanks to its radical transparency. TunnelBear performs annual security audits and makes its results publicly available.

TunnelBear lets subscribers connect up to five devices with a single subscription, and that gives those devices unlimited secure browsing. TunnelBear has apps for Mac, iOS, as well as Android and Windows. The service also has a browser extension for simple connectivity.

Why should you buy this? It’s one of the fastest VPNs on the market.

Who’s it for? Anyone who wants a lightning fast connection.

Why we picked Hotspot Shield:

If speed is your primary concern for a VPN, look no further than Hotspot Shield. It’s been consistently ranked as the fastest VPN out there, and it can even improve your Wi-Fi speeds by up to 26 percent in some cases. That’s thanks to the proprietary Hydra protocol Hotspot Shield uses to establish private connections.

Hotspot Shield lets users connect up to 5 devices and offers a 45-day money-back guarantee, which is fifteen days longer than their competition offers. Hotspot Shield has a free version that you can try for basic connections, but the premium plan is an affordable $13 per month, or $20 per month for the family plan (up to 25 devices). The price for both of those significantly drop when if you opt to pay annually.

Why should you buy this? It has extra security features to protect your privacy.

Who’s it for? Journalists and other users who handle sensitive data that needs extra protection.

Why we picked ProtonVPN:

ProtonVPN is another strong contender if privacy is a top priority for you. This is particularly true if you’re a journalist or anyone who handles sensitive data as part of your job.

What makes ProtonVPN standout among its competitors is its Secure Core servers. VPNs can be easily compromised if the servers they route to are spied on, and that is exactly why all traffic from ProtonVPN users is routed to one of its Secure Core servers first. These servers are placed in privacy-friendly countries, that way if another server is compromised your original IP is still not exposed. It’s an extra layer of protection that adds a lot of peace of mind.

ProtonVPN is also trustworthy thanks to the transparency of its open source apps and the independent audits the company subjects itself to.

If you handle a lot of data or plan on torrenting or file sharing in any way, ProtonVPN is definitely one of the best options out there.