HomeNewsSpotify Plus might give free users unlimited track skipping for $1 per...
News 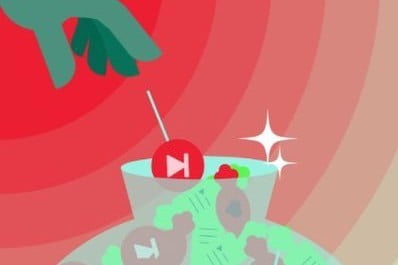 Spotify appears to be testing out a new paid subscription option called Spotify Plus. At just $1 per month, it’s far cheaper than its $10 per month Premium plan, but as you might expect, there’s a reason. Unlike the Premium plan, Spotify Plus members won’t be able to avoid ads, but they will get an unlimited number of track skips. Free Spotify members are currently limited to six skips per hour.

Originally reported by The Verge, Spotify Plus members will also get the ability to directly access tracks from a given album, another feature that free users don’t get. Digital Trends reached out to Spotify to confirm these details, but the streaming company wouldn’t entirely commit. “We’re always working to enhance the Spotify experience and we routinely conduct tests to inform our decisions,” a Spotify spokesperson told us via email. “We’re currently conducting a test of an ad-supported subscription plan with a limited number of our users. Some tests end up paving the way for new offerings or enhancements while others may only provide learnings. We don’t have any additional information to share at this time.”

We’ve also learned that the new test plan might is being offered to random Spotify users at different prices, perhaps as a way of seeing just how much folks are willing to pay for these features. Spotify has a long history of trialing new features months or years before they become widely available to all of its users. The company’s Car Thing companion device is a case in point. It was first spotted in 2019 but didn’t turn into a product you could actually sign up for until 2021.

Is there a market for a paid streaming subscription service that still requires that you listen to or watch ads? In the video world, the answer is yes: Hulu’s basic plan costs $6 per month and it includes some mandatory ad viewing. But Spotify Plus is the first time we’ve seen a streaming music service attempt to capture folks who are OK with ads but want a little more control over how they listen to music. Some have speculated that this new trial could cannibalize the company’s Premium membership tier, but that seems unlikely.

Those who pay $10 per month for a completely ad-free experience have also become accustomed to that plan’s other features like offline listening and higher-quality audio settings, neither of which are currently being offered with Spotify Plus. Meanwhile, free users who have so far resisted Spotify’s regular prompts to upgrade to Premium might well jump at the chance to spend a fraction of that plan’s cost so that they can get to the music that matters to them.