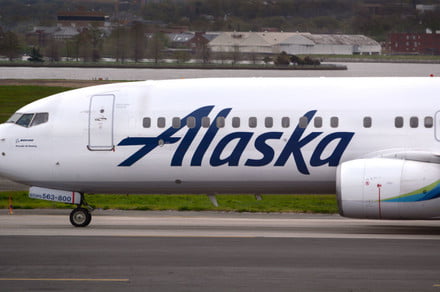 A smartphone caught fire on an Alaska Airline passenger plane at Seattle-Tacoma International Airport on Monday night, prompting an emergency evacuation of the jet.

All 128 passengers and six crew members on Flight 751 were transported by bus to the airport terminal, with two passengers taken to hospital for treatment, a spokesperson for the carrier told the Seattle Times. The aircraft had just landed after flying from New Orleans.

The phone at the center of the incident is reported to be a Samsung Galaxy A21, according to Perry Cooper, a spokesman for the Port of Seattle.

“After much digging, I can tell you that the phone was burned beyond recognition,” Cooper told the Times. “However, during an interview with one of our Port of Seattle police officers, the passenger volunteered the phone was a Samsung Galaxy A21. Again, we could not confirm it by looking at the remains of the device.”

A message posted on Twitter by passenger Maddy Harrison said the person whose phone caught fire was sitting a couple of rows behind her. Harrison said the device “was like a smoke machine” when it combusted, adding that “flight attendants did an excellent job and all passengers were very calm.”

While the incident may surface memories of the battery issue that brought down the Galaxy Note 7 in 2016 following reports of overheating and fires, there’s absolutely no suggestion that Monday’s incident points to a widespread problem with the Galaxy A21, if indeed it’s confirmed that it was the particular model that caught fire.

The A21 launched in April 2020 and no widespread safety issue regarding its battery has been reported up till now. Still, the Korean tech company likely be gathering more information about the incident, which could determine whether it needs to launch an investigation.

Digital Trends has reached out to Samsung for comment on the incident and we will update this article if we hear back.