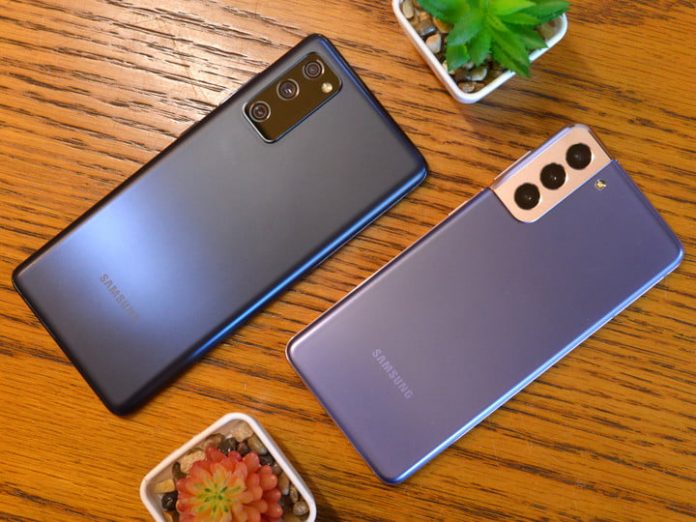 Following the S20 FE’s success, the Galaxy S21 FE was supposed to launch sometime this year, along with the Samsung Galaxy Z Fold 3 and Galaxy Z Flip 3, but the plans had to be canceled due to an ongoing chip shortage. However, the smartphone’s journey didn’t end there. Last week, Samsung accidentally leaked an image of the yet-to-release smartphone on its official Instagram account. The post was removed quickly, but fans had already received a sneak peek confirming the launch and much-rumored features of the smartphone.

The design (based on leaked images so far) looks quite similar to the Galaxy S21, but users may have more colors to choose from this time. According to the listing, the S21 FE will have a triple-cluster CPU core — one clocked at 2.8GHz, three at 2.4GHz, and four at 1.8GHz, as well as an Adreno 660 GPU clocked at 840MHz. Another report suggests it may have “25-watt fast charging, an in-display ultrasonic fingerprint scanner, and an IP67 rating for dust and water resistance,” but these details are yet to be confirmed.

While this accidental reveal reconfirms the existence of Galaxy S21 FE, it doesn’t offer any additional information about features. We already knew the S21 FE would feature either the Snapdragon 888 processor or the Exynos 2100 processor. Some reports suggested it will have 6 GB RAM, a 6.4-inch screen, and a 4,500mAh battery. Images shared by frequent leaker Evan Blass showed the S21 FE with a 12-megapixel+12-megapixel+8-megapixel triple camera on the back and a single hole-punch selfie camera on the front.

Most recently, a listing on Google Play Console confirmed the Galaxy S21 FE uses a Qualcomm Snapdragon 888 chipset. We don’t know if Samsung will launch another version of the S21 FE with an Exynos 2100 chipset, but it’s a possibility. It also confirmed the device will have a 2009 x 1080 pixel resolution and 480 pixels per inch.

A previous report we published dives deeper into the specifics of S21 FE’s rumored and confirmed features, and the latest leak confirms most, if not all, of these specs.