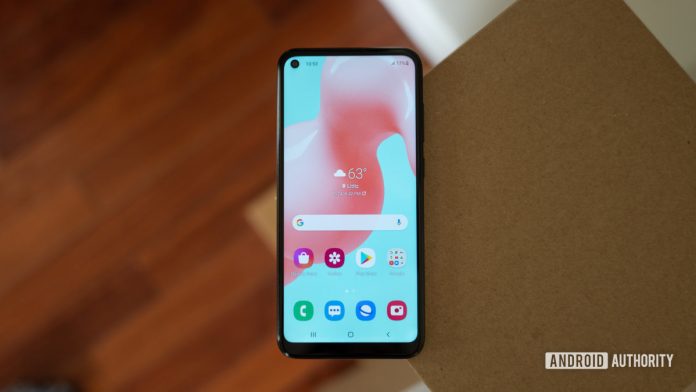 You don’t have to break the bank for your first-ever smartphone. In fact, Samsung will offer you a solid blend of One UI, a headphone jack, and three rear cameras for less than $200. It sounds pretty good in practice, but let’s see what reality holds. This is our Samsung Galaxy A11 review.

What you need to know about the Samsung Galaxy A11

The Galaxy A11 is one of Samsung’s most affordable smartphones, and it replaced the Galaxy A10E in early 2020. It comes with limited storage options — 32GB or 64GB — but you can choose from a few classic Samsung finishes, including blue, white, and black. The Samsung Galaxy A11 we tested arrived running Android 10 with One UI 2.1 on top. It has since received Samsung’s One UI 3.1 update in May 2021 and is now running Android 11.

As for the internals, Samsung tapped Qualcomm’s Snapdragon 450 processor, up to 3GB of RAM, and a healthy 4,000mAh battery. Samsung’s 6.4-inch HD Plus display ties it all together, and there’s even a headphone jack at the top of the phone. You also get a bottom-firing mono speaker for a little more audio flexibility.

The Samsung Galaxy A11 comes with a USB-C charger in the box, as well as a white pair of wired earbuds and a SIM ejector tool. Not bad overall for a phone at this price.

Samsung’s Galaxy A11 fits into a similar price range as the OnePlus Nord N100 and Motorola Moto E. If you’re dead-set on Samsung, the newer Galaxy A12 is also worth a look. Although the Galaxy A12 may pack the latest tech, it’s not as widely available as its older sibling quite yet. 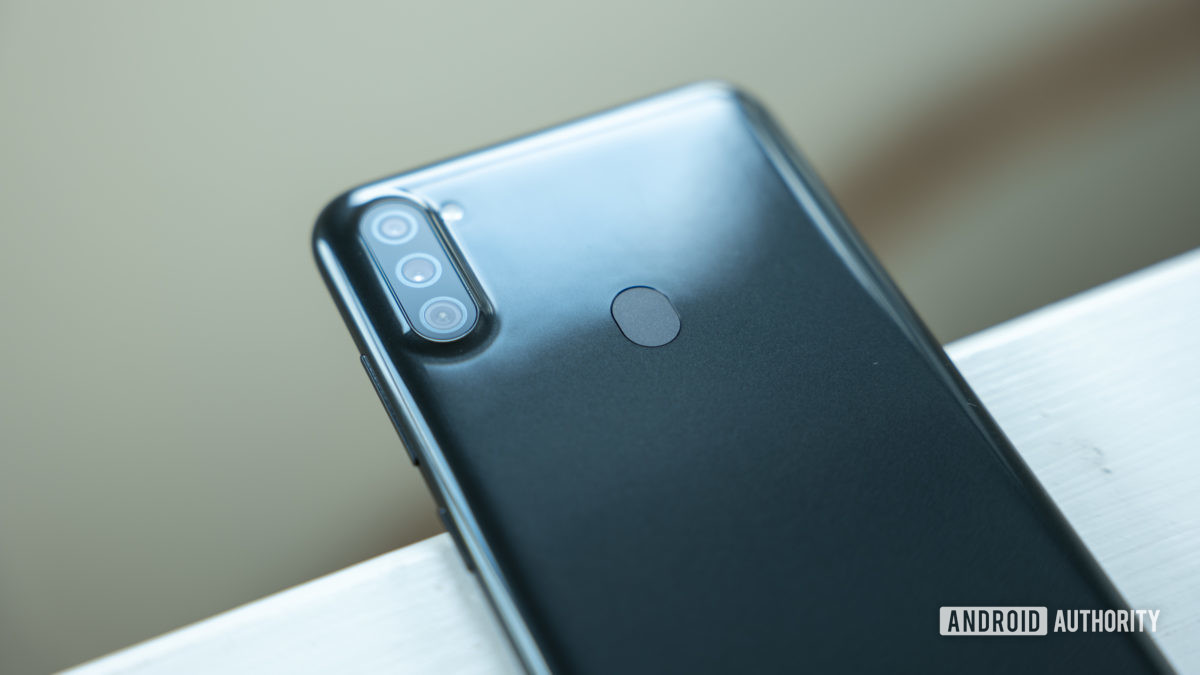 It’s tough to go wrong with Samsung’s One UI interface. In fact, the ability to do just about anything with one hand makes the Galaxy A11’s 6.4-inch display feel much more comfortable. There’s little to no bloatware on the unlocked Samsung Galaxy A11, but carrier-based devices may have some unwanted extras.

My Samsung Galaxy A11 also arrived running on Android 10 but received its Android 11 update in mid-May. It wasn’t Samsung’s fastest update ever, but the latest version of Android with One UI 3.0 on top certainly provides a bit of a boost. The volume controls are larger than ever, and the notifications clean up nicely.

Samsung went the extra mile with security options on the Galaxy A11, offering both a rear-mounted fingerprint reader and face unlock options, though the latter is software-based, so a little less secure. While public mask mandates are still in place, it’s nice to have unlocking options when I’m at home. Should either of those methods fail, you can always turn to a PIN unlock or pattern method instead.

See also: The best phones with a headphone jack

The Galaxy A11 keeps a classic feature that most Samsung flagships have ditched: the headphone jack. We couldn’t get through this section without showing it at least a little bit of love. You get a pair of wired earbuds packaged with the phone, too. They’re not the most comfortable for long listening sessions, but they’re a good beater pair that you won’t have to worry about.

Of course, if you’re considering a budget-friendly smartphone, you might be worried about a slightly weaker camera. I certainly had my own reservations, but the primary 13MP shooter left me impressed. Granted, you can still take some stinkers, but it should work well for you, given the right lighting. You can check out some examples later in this review.

The final boon for the Samsung Galaxy A11 is its battery life. The 4,000mAh cell is plenty large, especially considering that you don’t have 5G drain to worry about. I found the phone regularly lasting a full day or more bouncing between apps and videos. 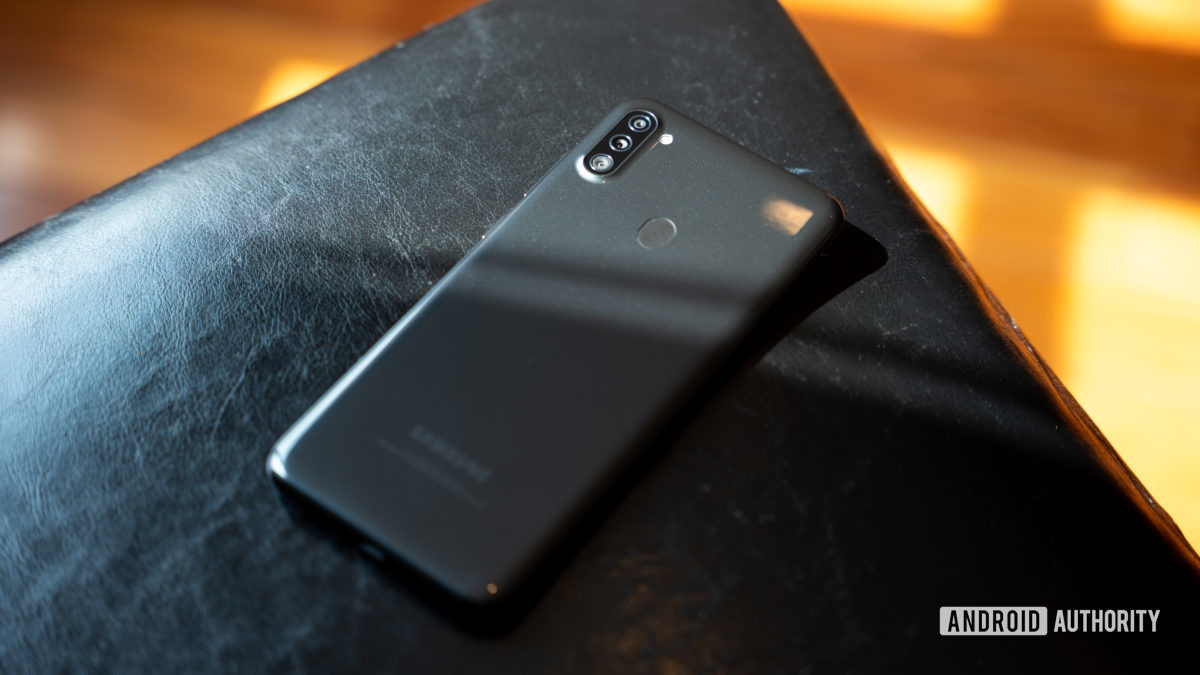 Even though the main 13MP lens impressed, the others did not. Whether it was a selfie or an ultra-wide shot, there was always something missing. I found that the 5MP ultra-wide samples often came back grainy, and any zoom (digital only) resulted in an immediate loss of detail and fidelity. On the selfie side, images often seemed as though I had fingerprints on the camera — even if I had just wiped it down. I occasionally managed a decent selfie, though the background noise is far more noticeable indoors, and there’s a lot of skin-smoothing going on.

I also found it hard to get past the glossy plastic construction. Not because it was plastic, but rather because the Galaxy A11 proved to be a magnet for fingerprints and dirt. I prefer a clean phone, so I found myself constantly itching to wipe down the back panel. The plastic doesn’t feel too bad in hand, but a matte finish could have gone a long way.

The glossy plastic finish is a magnet for fingerprints and dirt.

Unfortunately, Samsung stuffed the Galaxy A11 with Qualcomm’s Snapdragon 450 processor. While this would have been just fine in years past, the Snapdragon 450 launched back in 2017 and is starting to show its age. I noticed occasional lag if I tried to jump between apps in a hurry, and downloading games like Pokémon Go took longer than expected. I’m not sure whether this is due to the processor itself or the 2GB of RAM, but Samsung probably could have remedied it with some boosted specs.

While I noted the Galaxy A11’s solid battery life above, the charging performance is less than stellar. You can get 15W speeds with the included charger, but you’ll have to be ready to sit by an outlet for quite a while — easily an hour and a half if you’re starting from zero. There’s no wireless charging option, but that’s not a surprise given the price. 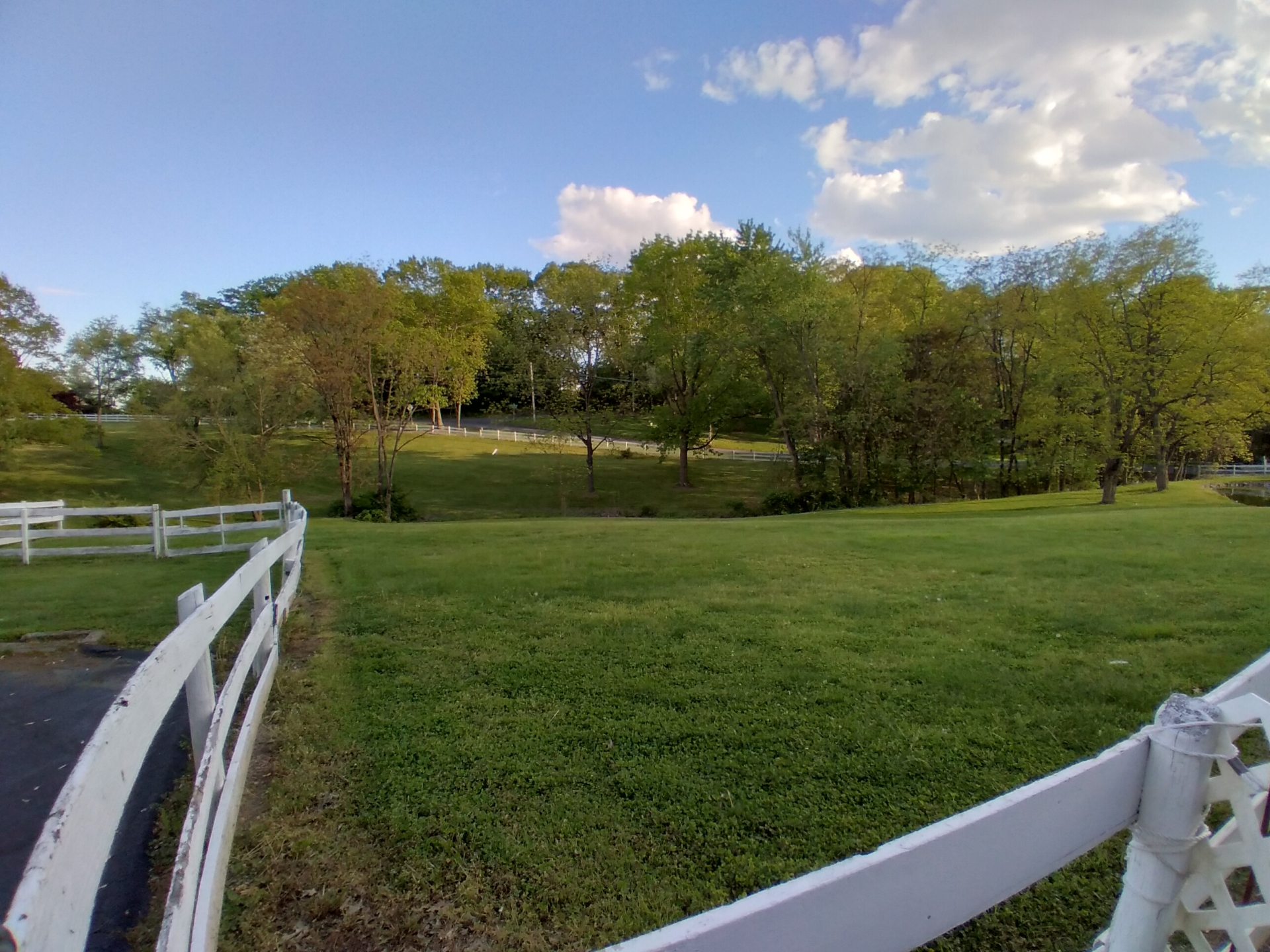 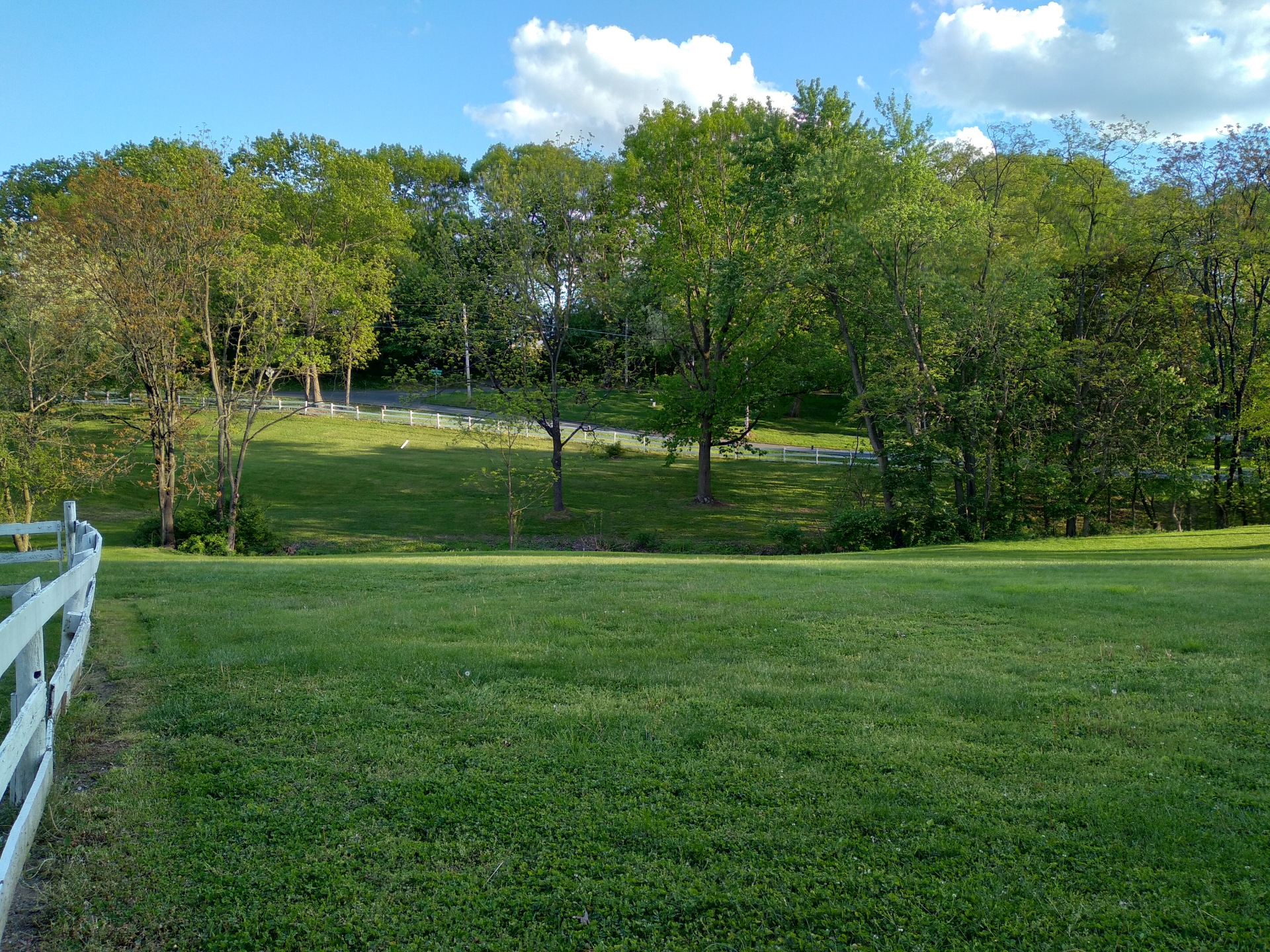 Samsung Galaxy A11 review: Should I buy it? 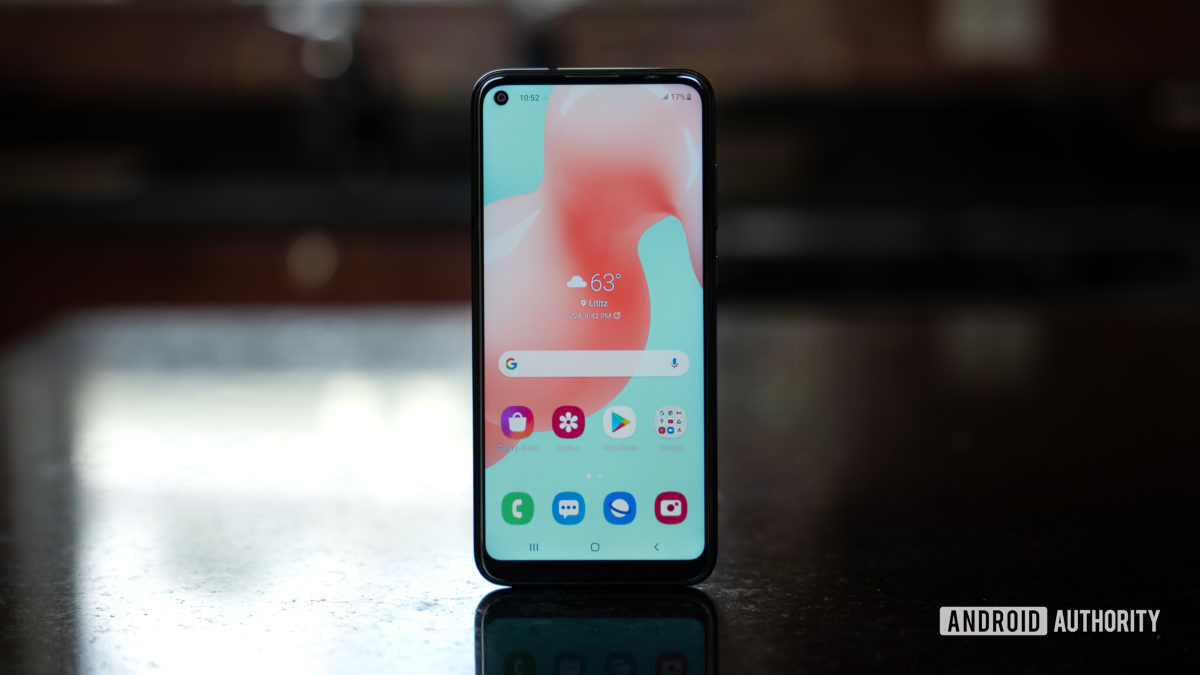 The Samsung Galaxy A11 is a textbook budget-friendly phone. It packs modest specs and cuts some corners, but it can still surprise you. It scores points on battery life, a headphone jack, and the main 13MP camera. Yet the Galaxy A11 misses with an aging processor, weak support cameras, and a fingerprint-hungry finish.

See also: The best budget phones you can currently buy

Samsung’s Galaxy A11 falls in line with the OnePlus Nord N100 and Motorola Moto E in terms of pricing, and it’s best suited for someone with little smartphone experience. You can also check out the successor in Samsung’s Galaxy A12. Still, the older device is more popular among MVNOs, so you can probably find an affordable plan to match your affordable phone.

Samsung’s entry-level Galaxy A11 cuts a few corners in terms of cameras and processing power, but it has the power to surprise at a rock-bottom price.