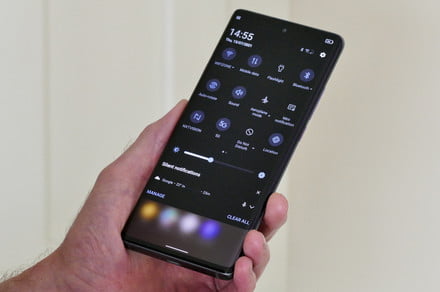 Qualcomm announced on Thursday afternoon that it, in conjunction with the Shenzhen-based technology company ZTE, has achieved a new landmark for 5G downlink speeds.

The test was conducted in China, and utilized Qualcomm’s 5G millimeter-wave technology to achieve a peak downlink speed of over 2.43GB per second with a single device, according to an official release by Qualcomm. 4G, by comparison, commonly reaches 100MB per second under typical real-world conditions.

The Qualcomm/ZTE tests also managed to reach a peak download speed of over 5GB per second on a single device by using carrier aggregation, with a total of six 200MHz carriers on the millimeter-wave (abbreviated by Qualcomm as mmWave) band and uplink.

For the next step of 5G, we should fully leverage the advantages of 5G mmWave technology to unlock higher benefits and empower a digital, intelligent society.

The device used for the tests was a special device that came equipped with the latest version of Qualcomm’s Snapdragon modem and network infrastructure built by ZTE.

“This latest milestone with ZTE underscores important progress towards 5G mmWave commercialization in China to unleash the full potential of 5G and drive mmWave adoption globally,” said Yan Chenwei, senior vice president of product management at Qualcomm, in a press release. “For the next step of 5G, we should fully leverage the advantages of 5G mmWave technology to unlock higher benefits and empower a digital, intelligent society.”

Qualcomm first publicly got out in front of 5G mmWave in 2019, in hopes that it could use these previously untapped frequencies to fuel the corresponding increase in wireless speeds. (Some analysts have noted that due to the increased emphasis on mobile devices in the last couple of decades, 5G had to go somewhere new on the EM spectrum, as the rest of it was rapidly filling up. Millimeter-wave was essentially free real estate.)

The joint test with ZTE is the end result of what Qualcomm claims is over 10 years of engineering to attempt to solve what had previously been seen as an insoluble problem. That, in turn, opens up new resources for 5G networks in advance of their impending rollouts.

Qualcomm, headquartered in San Diego, has been in operation since 1985. Primarily known for its chip manufacture—if you’re American and have ever owned a smartphone, it probably contained parts from Qualcomm, at least until very recently—it’s recently diversified its business into other arenas such as the automotive industry and IoT. Its successful mmWave test marks its latest in a long series of R&D investments into the technology.

Facebook
Twitter
Pinterest
WhatsApp
Previous articleDropping the Note 20 Ultra would be a disaster. Protect it with a case!
Next articleNvidia leak hints that its most powerful GPU yet could arrive later this year
- Advertisment -