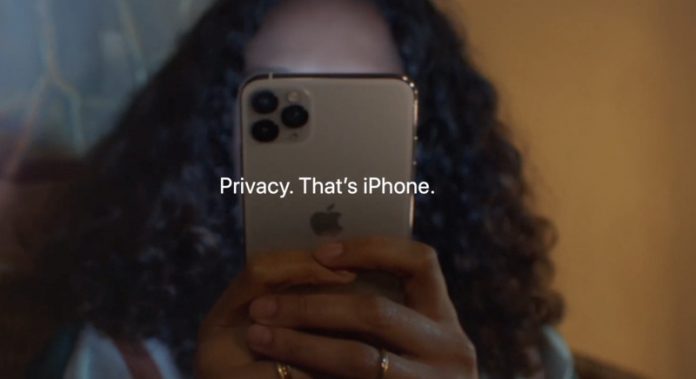 Apple’s plans to scan users’ iCloud Photos library against a database of child sexual abuse material (CSAM) to look for matches and childrens’ messages for explicit content has come under fire from privacy whistleblower Edward Snowden and the Electronic Frontier Foundation (EFF).

In a series of tweets, the prominent privacy campaigner and whistleblower Edward Snowden highlighted concerns that Apple is rolling out a form of “mass surveillance to the entire world” and setting a precedent that could allow the company to scan for any other arbitrary content in the future.

They turned a trillion dollars of devices into iNarcs—*without asking.* https://t.co/wIMWijIjJk

Snowden also noted that Apple has historically been an industry-leader in terms of digital privacy, and even refused to unlock an iPhone owned by Syed Farook, one of the shooters in the December 2015 attacks in San Bernardino, California, despite being ordered to do so by the FBI and a federal judge. Apple opposed the order, noting that it would set a “dangerous precedent.”

The EFF, an eminent international non-profit digital rights group, has issued an extensive condemnation of Apple’s move to scan users’ iCloud libraries and messages, saying that it is extremely “disappointed” that a “champion of end-to-end encryption” is undertaking a “shocking about-face for users who have relied on the company’s leadership in privacy and security.”

Child exploitation is a serious problem, and Apple isn’t the first tech company to bend its privacy-protective stance in an attempt to combat it. But that choice will come at a high price for overall user privacy. Apple can explain at length how its technical implementation will preserve privacy and security in its proposed backdoor, but at the end of the day, even a thoroughly documented, carefully thought-out, and narrowly-scoped backdoor is still a backdoor…

It’s impossible to build a client-side scanning system that can only be used for sexually explicit images sent or received by children. As a consequence, even a well-intentioned effort to build such a system will break key promises of the messenger’s encryption itself and open the door to broader abuses.

All it would take to widen the narrow backdoor that Apple is building is an expansion of the machine learning parameters to look for additional types of content, or a tweak of the configuration flags to scan, not just children’s, but anyone’s accounts. That’s not a slippery slope; that’s a fully built system just waiting for external pressure to make the slightest change.

The EFF highlighted how various governments around the world have passed laws that demand surveillance and censorship of content on various platforms, including messaging apps, and that Apple’s move to scan messages and ‌iCloud Photos‌ could be legally required to encompass additional materials or easily be widened. “Make no mistake: this is a decrease in privacy for all ‌iCloud Photos‌ users, not an improvement,” the EFF cautioned. See the EFF’s full article for more information.

The condemnations join the large number of concerns from security researchers and users on social media since Apple’s announcement of the changes yesterday, triggering petitions to urge Apple to roll back its plans and affirm its commitment to privacy.Tags: Apple privacy, EFF
This article, “Privacy Whistleblower Edward Snowden and EFF Slam Apple’s Plans to Scan Messages and iCloud Images” first appeared on MacRumors.com

Facebook
Twitter
Pinterest
WhatsApp
Previous articleDeals: Verizon Has New Siri Remote for $49.97 ($9 Off), Apple Pencil 2 for $103.99, and More
Next articleThese are the best unlocked Android phones you can buy
- Advertisment -