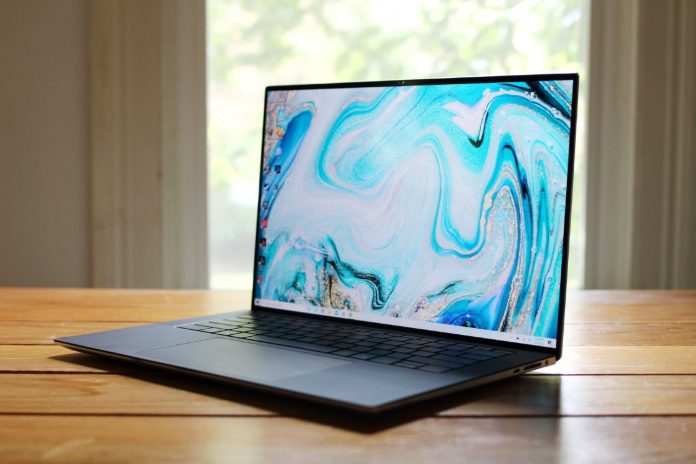 There are different reasons to buy a 15-inch-class laptop. Maybe you’re looking for extra power, which tends to be more available in this size of machine or larger. Or maybe you’re simply looking for more screen real estate than that provided by 13-inch laptops. Either way, great 15-inch choices are available, ranging from budget machines to portable workstations.

Dell has its XPS 15, which, when we reviewed it, was our pick for the best 15-inch laptop, and LG has its Gram 16. The latter has a 16-inch display that’s just a fraction of an inch larger than Dell’s 15.6-inch panel, but that’s not the only difference between the two. The question is: Does the Gram 16 have what it takes to dethrone the king?

The first major difference between the two laptops is in their physical designs. The XPS 15 is built with a combination of aluminum (on the lid and chassis bottom) and carbon fiber (on the palm rest and keyboard deck), and it’s solid as a rock. There’s no twisting, bending, or flexing anywhere. The Gram 16, on the other hand, is made of magnesium alloy throughout its chassis, and it’s not the thickest metal we’ve seen. That results in a lid that’s incredibly flexible and a keyboard deck that depresses with minimal force until you can feel the components beneath it. The Dell is the more robust-feeling machine, despite LG passing its laptop through military standards testing.

Why the difference? Simply put, LG was aiming for an incredibly light laptop, and it succeeded. The Gram 16 is a paltry 2.62 pounds while still housing 80 watt-hours of battery capacity. Compare that to the XPS 15 that weighs 4.5 pounds with its 95 watt-hour battery. The Gram 16 is also thinner at 0.66 inches versus the XPS 15’s 0.71 inches. Both are very similar in their other dimensions, thanks to enjoying displays with 16:10 aspect ratios and tiny bezels. The LG is just a bit deeper, thanks to the extra 0.4 inches of diagonal screen space. LG had to give up something to make such a thin laptop, and a perception of fragility is the result. Holding the XPS 15 in your hand gives an impression of durability that the Gram 16 lacks.

You can get the XPS 15 in two color schemes, a silver aluminum chassis with a black keyboard deck and a white exterior with a white interior. The Gram 16 offers a choice between white and black (we reviewed the white version). Dell’s machine is sleeker and more elegant, with more aggressive lines and angles that all work together to make for a very attractive laptop that still doesn’t attract attention to itself. LG went for a “minimalist straight-lined design” that’s meant to “reduce distractions,” which shows in the Gram 16’s simplicity. It’s not as attractive as the XPS 15, but it’s not a bad-looking laptop by any means. If you really don’t want your laptop to be the center of attention, then the Gram 16 is your choice.

When it comes to connectivity, the Gram 16 is the winner — surprisingly, given how much thinner and lighter it is. It offers up two USB-C ports with Thunderbolt 4, two USB-A 3.2 ports, a full-size HDMI port, a microSD card reader, and a 3.5mm audio jack. Compare that to the XPS 15’s two USB-C with Thunderbolt 3, a single USB-C 3.1 port, a full-size SD card reader (which creative types will appreciate), and that’s it. You’ll be far less likely to grab for a dongle with the Gram 16. Both laptops offer Wi-Fi 6 and Bluetooth 5 wireless connectivity.

Another area of divergence is performance. The XPS 15 uses 10th-generation Intel 45-watt H-series CPUs (we tested the Core i7-10875H) and Nvidia GeForce GTX 1650 Ti graphics, compared to 11th-gen Intel Core i7-1165G7 CPU with Intel Iris Xe integrated graphics. While the Gram 16 can handle demanding productivity tasks with no problems, it struggles with handling apps that really tax the CPU and GPU. The XPS 15, on the other hand, can handle much more demanding apps and provides significantly more power on the go.

Consider our Handbrake test, which encodes a 420MB video as H.265. The XPS 15 required just over two minutes to complete the process, compared to the Gram 16 at over three and a half minutes. Handbrake is very CPU-intensive, and this is a significant difference in performance. We didn’t test the two laptops using all the same benchmarks, but we have no doubt that the XPS 15 would dominate in each.

If you use an app like Adobe Premiere Pro that can utilize the GPU to speed up certain processes, then the XPS 15 benefits again from its decent discrete GPU. The Gram 16’s integrated graphics can’t keep up, and you’ll find editing large photos and rendering video to be so much faster with the XPS 15.

Even gaming tips in the XPS 15’s favor. It can run modern titles at 1080p with decent (but not top-notch) graphical detail, making it a highly portable midrange gaming machine. The Gram 16, simply put, cannot run modern titles with any playability.

The Gram 16’s display was colorful at 88% of AdobeRGB and 100% of sRGB, with color accuracy of DeltaE 2.67 (1.0 is considered excellent) — not the best result. The XPS 15 4K registered 100% of both color gamuts and demonstrated excellent accuracy at 0.65. The Dell will make creative pros a lot happier.

Both laptops benefit from the taller 16:10 aspect ratio that’s great for productivity work. But the XPS 15’s display is top-notch and, like the laptop’s performance, meets the needs of creative types where the Gram 16 does not.

Both the Gram 16 and the XPS 15 sport typical island keyboards with black keycaps and white lettering to go with consistent backlighting. They both enjoy good key spacing, comfortable key sizes, and plenty of travel with comfortable bottoming actions. The XPS 15, though, has a lighter, crisper switch mechanism that’s more comfortable to use over time than the Gram 16’s heavier feel. If you like more feedback from your keypresses, then you’ll prefer the Gram 16’s keyboard, but most likely, you’ll like the XPS 15’s lighter touch.

Both laptops also enjoy large touchpads, although the XPS 15’s touchpad makes more use of the available palm rest real estate. Neither is too small, but the Dell wins out on sheer size. Both use Microsoft Precision touchpad drivers, and so both respond well to Windows 10 multitouch gestures. The XPS 15 wins out in that it offers a couple of touch-enabled display options, where the Gram 16 is non-touch-only. That’s a bummer today when most laptops at least offer touch as an option.

Finally, the Gram 16 and the XPS 15 both embed fast and accurate fingerprint readers in the power buttons to support Windows 10 Hello password-less login. Both were quick and precise, and so there’s no difference there.

We’ve already covered the differences between these two laptops in terms of their thicknesses and weight. The Gram 16 is by far the easier to carry around.

It also trumps the XPS 15 in battery life by a wide margin. You can get better battery life out of the XPS 15 if you opt for an FHD display, but it’s unlikely to match the Gram 16 even then. The LG is one of the longest-lasting laptops we’ve tested, doubling the Dell’s longevity in our web browsing test and tripling it in our video looping test. If working away from a plug is important to you, then the Gram 16 is the better choice.

There’s really no contest. While the Gram 16 is an incredibly thin and light laptop given its screen size, and it provides good performance and excellent battery life, the XPS 15 is more durable, offers a better display, is vastly more powerful, and offers more configuration flexibility. Dell hasn’t lost its top spot.