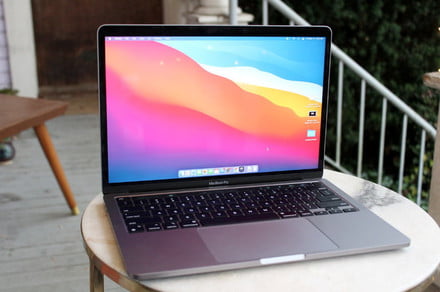 Hopes are high for this year’s MacBook Pro range, which is expected to feature a major design overhaul that will see the MacBook Pro 13 morph into a 14-inch model with a larger screen. But according to one leaker, that redesign could come with an unwelcome price hike.

According to dylandkt on Twitter, the MacBook Pro 14 will see a “notable increase in price” over its 13-inch predecessor. The leaker did not give any clue as to what sort of price rise to expect, but from the sound of it, we could see a sizeable bump.

Any price increase at all is somewhat unusual, at least in Apple’s recent history. When it made a similar move with the MacBook Pro 15 in 2019, revamping it into the MacBook Pro 16, the company did so without any price increase at all. And while that was a major change to the device, smaller spec bumps and annual refreshes have often come without any adjustment in the asking price.

Still, this year’s MacBook Pro refresh is expected to be much more than a minor face-lift. Aside from the larger display size (which will be achieved by thinning the screen bezels), the laptop is rumored to see greater port variety, the return of MagSafe, a squared-off chassis design, a new Apple-designed M1X chip, and more. It could be that with so many new features in the cards, Apple feels it has to increase the price to account for the costlier new components and designs.

It’s worth noting that dylandkt did not state that this information came from a source, and it is unclear if it is purely speculation. With the MacBook Pro 14 expected to be released in the fall, we should not have too long to wait to see how well the claims hold up.