HomeNewsInterest in Switching to iPhone Drops Among Android Users Ahead of iPhone...
News

Interest in Switching to iPhone Drops Among Android Users Ahead of iPhone 13 Launch, Survey Shows 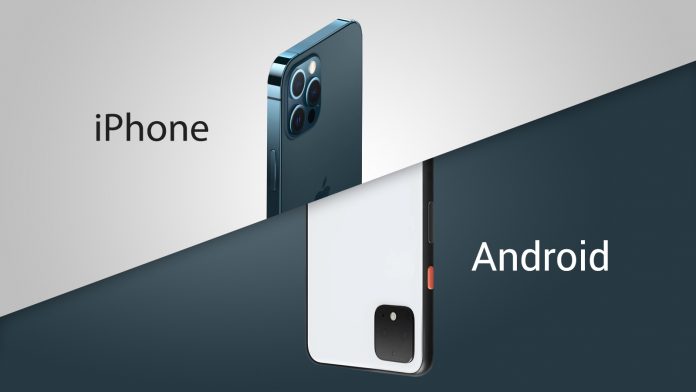 Android users are significantly less interested in the iPhone 13 models than they were this time last year in the iPhone 12 models, having been put off by the continued lack of a fingerprint scanner and concerns around child safety features, according to a new survey by SellCell.

The survey, conducted earlier this month, asked more than 5,000 current Android users in the United States aged 18 or over for their opinions about Apple’s upcoming products, revealing how the ‌iPhone 13‌ and Apple’s other expected products are viewed by customers of the rival platform ahead of their launch.

This matches broad trends around the iPhone lineup among existing iPhone users, where the 6.7-inch model is very popular while the 5.4-inch “mini” form factor has generally been marginalized and suffered from low sales.

31.9 percent of Android users said that the ‌iPhone 13‌’s lack of a fingerprint scanner for authentication was the main reason they will not consider switching. 16.7 percent said that they will not consider switching due to iOS’s limited customization, 12.8 percent pointed to iOS’s lack of support for sideloading apps, 12.1 percent cited general design and hardware, and 10.4 percent said that “intrusive” scanning for child sexual abuse material (CSAM) was the main reason for not switching.

The official unveiling of the ‌iPhone 13‌, Apple Watch Series 7, and third-generation ‌AirPods‌ is believed to be just weeks away, and while major design changes are not expected for the ‌iPhone‌ this year, we can likely count on a number of camera improvements, ProRes video recording, a 120Hz ProMotion display, a smaller notch, a faster A-series processor, a new 5G chip from Qualcomm, and more.Tags: Android, SellCell
This article, “Interest in Switching to iPhone Drops Among Android Users Ahead of iPhone 13 Launch, Survey Shows” first appeared on MacRumors.com